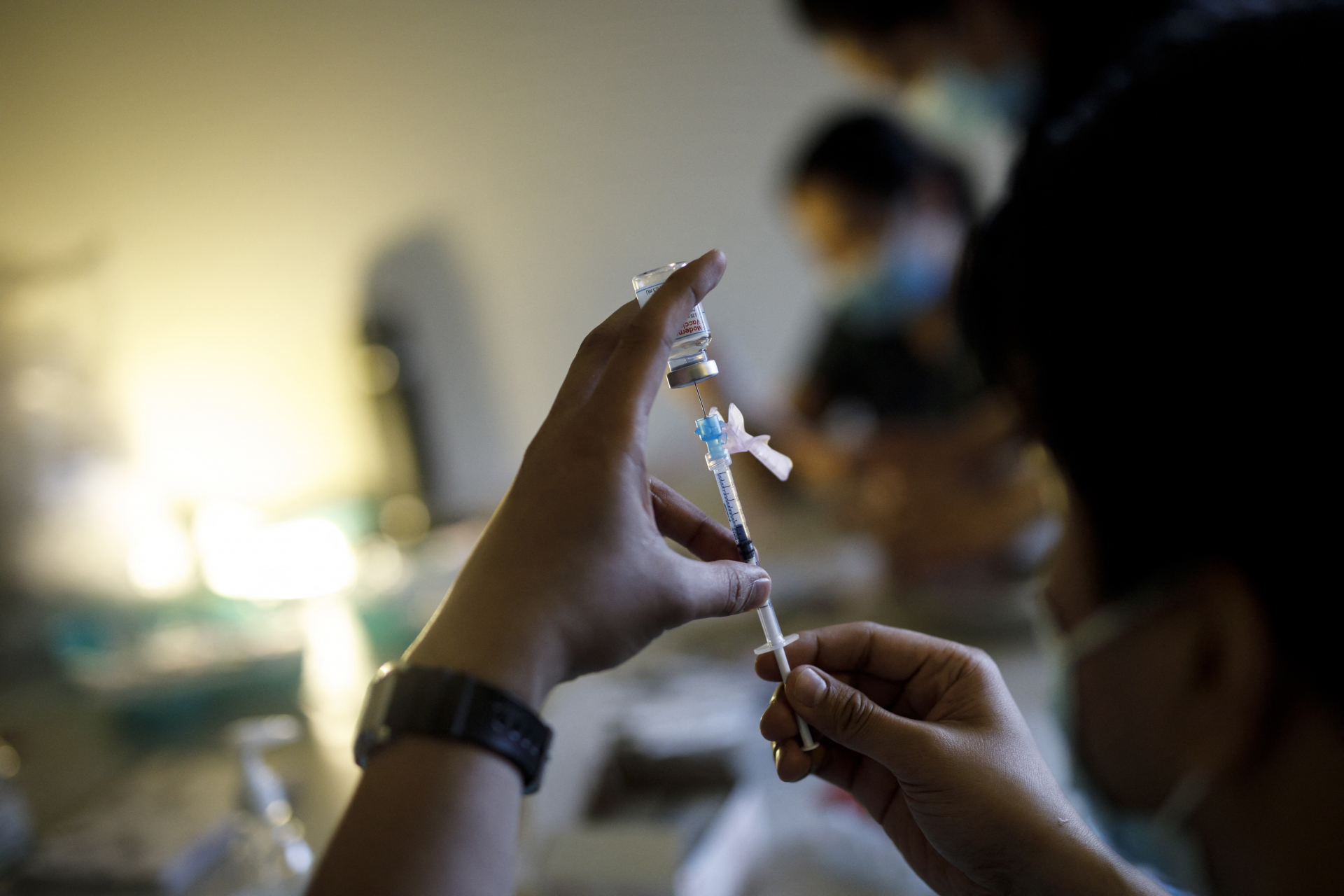 A nurse draws a dose of the Moderna Covid-19 vaccine before administering it in Toronto, Ontario, Canada, March 26, 2021 (Cole Burston / AFP)

Social media posts claim a Canadian lawyer won a case against “forced immunization” and the result now has the force of federal law. This is false; vaccination is not mandatory at the federal level in Canada, provinces that require proof of immunization for school attendance allow exemptions, and two vaccine-related cases in which the attorney is involved remain unresolved.

“Rocco Galati won the cause against forced immunization in Canada. It is now a federal law,” claims an April 7, 2021 Instagram post. 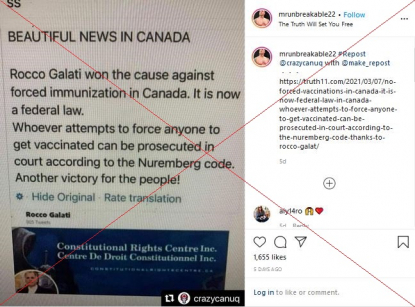 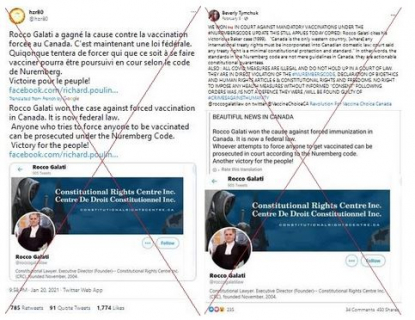 Galati is part of a lawsuit against Canada’s government over Covid-19 health measures that says vaccine mandates “without informed consent” would be unconstitutional. No such federal mandates currently exist.

In 2019, prior to the pandemic, he helped the group Vaccine Choice Canada sue the Ontario government over mandatory vaccination for schoolchildren. Both cases are still active, the Ontario Superior Court of Justice told AFP in an email.

The posts gained traction as Canada and other countries around the world work to vaccinate people against Covid-19. Inaccurate claims about the shots are spreading across the internet.

More than 8.4 million doses of the Covid-19 vaccines have been administered in Canada, and almost 12 percent of the population has received at least one dose.

But immunization is not mandatory at the federal level in the country, and medical and ideological exemptions are available for children in Ontario and New Brunswick, where proof of vaccination is required to attend school.

Contacted by AFP, Andre Gagnon, a spokesman for Health Canada, pointed to the vaccine fact sheet on the government of Canada’s website. It states that “vaccination is a personal choice that the vast majority of Canadians agree is part of good health and important for prevention of serious disease.”

Emmet Macfarlane, professor at the University of Waterloo and expert in constitutional law, also confirmed in an email that “there is no federal law requiring or permitting anything like ‘forced immunization’ in Canada, and I am not aware of any litigation, successful or otherwise, settled or even launched on this specific issue.”

The article mentioned in the Instagram post now includes a correction that says “the case is not won yet.” It cites two statements of claim filed at the Ontario Superior Court:

The posts also claim that forced vaccination could result in prosecution under the Nuremberg Code.

The Nuremberg Military Tribunals, held between November 1945 and October 1946, included the USA vs. Karl Brandt, in which 23 doctors and administrators were prosecuted for their roles in conducting medical experiments on concentration camp inmates.

The verdict included a detailed description of “Permissible Medical experiments.” These 10 points became known as the Nuremberg Code.

Joanna Harrington, professor of law at the University of Alberta, said by email that while the Nuremberg Code has been referred to in some court cases, it “is cited for the ethical standards that it set, and not for establishing legal consequences of breach.”

This was confirmed by Frédéric Mégret, professor of law at McGill University, who said in an email that requiring proof of vaccination for access to certain services or jobs would not violate the Nuremberg Code.

“I do not believe that vaccination, even if mandatory, falls under the heading of experimentation on human beings without their consent. It is not an experiment as such,” he said.

Newsguard, a journalism and technology company tracking Covid-19 vaccine misinformation, reported that a top myth about the shots is that they violate the Nuremberg Code.

Carolyn Ells, Associate Professor in the Department of Medicine, based at the Biomedical Ethics Unit at McGill University, said in an email that “the principles for ethical research involving humans have developed from Nuremberg Code principles,” but researchers are bound to other contemporary documents, including the World Medical Association's Declaration of Helsinki.

AFP Fact Check previously reported on how the Code is compatible with vaccination here.