One year of fact-checking at AFP

In one year, the AFP fact-checking network has grown. We now work full-time in France, the Philippines, Indonesia, Colombia, Mexico, Brazil, Canada, India, Pakistan, Kenya, South Africa, Nigeria, Senegal, as well as with the news agency’s network of more than 1,500 journalists worldwide.

AFP journalists have written about diverse subjects, from immigration to sport, politics, the environment or science, dealing with serious, not so serious and sometimes complex issues.

AFP is a member of the International Fact-Checking Network and Firstdraft, and has worked on collaborative verification projects around elections in France, with Crosscheck, and Brazil, with Comprova.

AFP is the only media organisation, apart from Africa Check, to focus on fact-checking in several African countries and languages.

We use traditional journalistic research skills as well as advanced internet and social network search tools, such as the INVID plugin, co-developed by AFP.

To mark our first year of fact-checking, we asked our fact-checkers to choose a favourite story to highlight. Here are their statements: 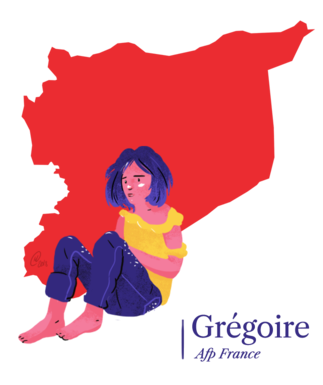 April 26, 2018 "No, this Syrian girl isn't part of a staged scene or a survivor of several attacks"

"AFP wasn't the first to debunk this photomontage which used pictures by one of our freelancers in Syria and has been shared repeatedly over two years. But thanks to the metadata, we were the first to provide irrefutable proof that the three pictures of a shell-shocked girl were taken on the same day, in the same place, within less than two minutes. There's nothing surprising about a young victim being passed between the arms of different rescuers after a bombing. But many suggested the scene was set up, accusing the girl of being part of some kind of plot." 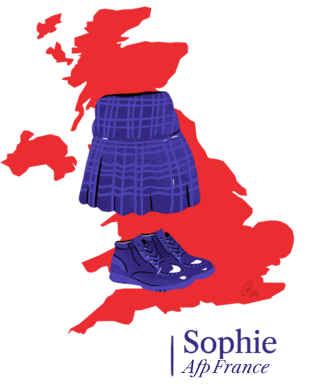 July 4, 2018 "No, Britain is not introducing a policy requiring boys to wear skirts at school"

"This was a typical example of a story mixing true and false elements to create a sensational post on a topical issue that was sure to be widely shared. A real picture of schoolboys wearing skirts to protest a ban on shorts was placed alongside a false headline implying that all British schoolboys had to wear skirts in order to be "gender-neutral". The fact check allowed us to explain some details behind news stories on the sensitive issue of gender-neutral uniform policies in British schools."

AFP published a first fact check in English on June 15, 2018 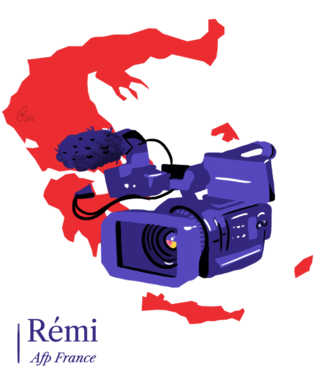 August 22, 2018 "No, this is not a video of journalists staging migrants drowning"

"There were numerous questions to answer regarding this video. It took an evening on Google Maps, hours of investigation on YouTube, Facebook, Vkontakte and by telephone to find answers about the intriguing video which showed up on our Twitter feed. Did it really show journalists setting up a migrant drowning scene in order to manipulate public opinion, as its author and numerous extreme right sites claimed? No. It was a  "misjudgement", the person who posted the video finally admitted." 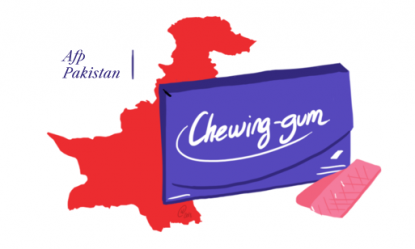 "This was a viral story that had been circulating in Pakistan for many years. Halal food is a very important issue for Muslim-majority Pakistan, but there is hardly any documentation about what is or isn't halal, so similar rumours and controversies keep swirling around. "

AFP published a first fact check from Pakistan on July 14, 2018 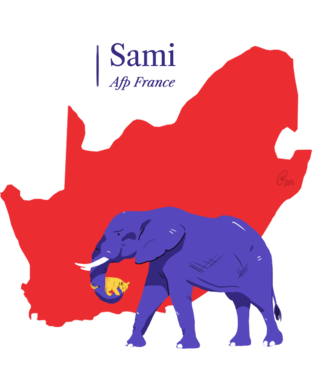 September 19, 2018 "No, an elephant was not photographed carrying a lion cub in its trunk"

"Not all false information is deliberately created to fool people. Sometimes it can be a joke that's been misunderstood or shared too quickly online, where a good story always does well. The story of an elephant carrying a lion cub in its trunk, for example. The image was created as an April fool by a South African wildlife park, but shared by more than one hundred thousand accounts lauding the beauty of the animal kingdom. Although it wasn't deliberately misleading, the debunk was a chance for us to illustrate free tools to identify fake images, which can sometimes be much more harmful." 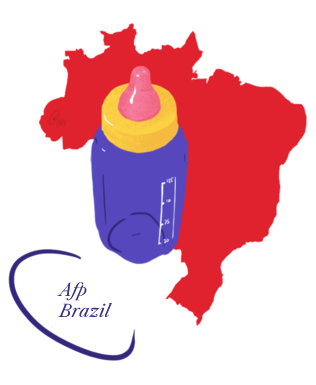 AFP published a first fact check from Brazil on June 21, 2018 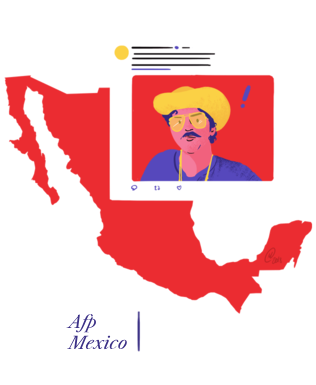 "These pictures were not the most difficult to debunk but working on this fact check showed us how easily migrants are criminalised in Mexico, even before the current highly-publicised caravan of migrants crossing the country.

Although the pictures were apparently jokes, many people took them seriously and expressed nasty feelings about Central American migrants, even though hundreds of Mexicans have themselves migrated to the United States." 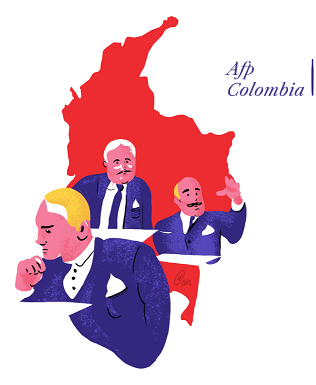 September 28, 2018 "No, this video wasn't recorded in 1947 during the debate over women's right to vote in Argentina's Congress."

"When we work on a fact check we satisfy our own curiosity as well as that of others. Reading the comments below this video I realised that many people wondered if the images had really been filmed during a session of Argentina's Congress in 1947. It looks just like period videos but it is actually a short film from 1997 made to recreate the debate half a century later. The screenwriter couldn't believe it when I told her the images had gone viral."

AFP published a first fact check from Colombia on June 13, 2018 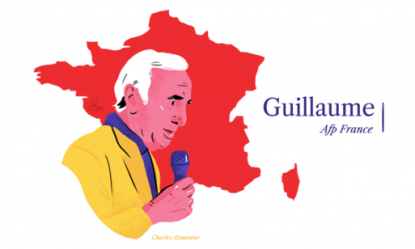 October 9, 2018 "No, Time and CNN have never named Charles Aznavour +Artist and Entertainer of the Century+"

"It was a surprise for me to hear the news: "What?! Charles Aznavour was named Artist and Entertainer of the Century by Time and CNN?!" After trawling through AFP and internet archives for several days, and speaking to American journalists from that period, there were two big lessons that came out of that fact check. It was clear that many journalists failed to understand the internet in 2000 and it also showed how a false piece of information can spread so far that it becomes official information." 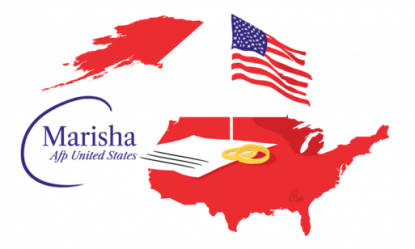 October 19, 2018 "Backlash as celebrity clickbait goes viral for US votes"

"The swift and angry reaction to Elle Magazine's decision to tweet clickbait about Kim Kardashian and Kanye West in order to redirect users to voter registration information was an opportunity to talk about a trend we'd observed during the US midterm election. I enjoyed being able to write a more explanatory article about the viral bait-and-switch tweets."

AFP published a first fact check in English on June 15, 2018 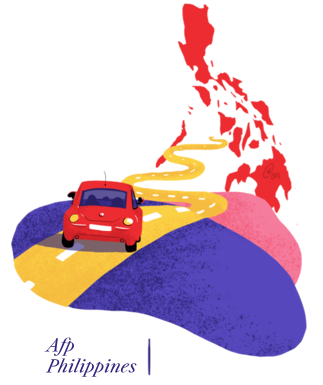 October 24, 2018 "No, this photo does not show a bridge that was built in the political stronghold of former Philippine dictator Ferdinand Marcos"

"A false Facebook post claiming to show a bridge built in the stronghold of the late Philippine dictator Ferdinand Marcos had been promoted by the strongman's supporters for two years. The bridge was actually in Australia. Supporters of the Marcos family, which remains politically powerful, tried to rebut the AFP factcheck but eventually they took down the false post."

AFP published a first fact check from the Philippines on June 13, 2018 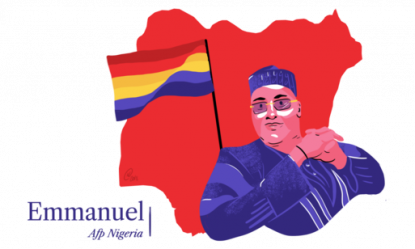 "The fact-check on fictitious LGBT groups apparently endorsing a presidential candidate in Nigeria was fun and interesting to me for numerous reasons. Pressure groups urging politicians to back policies on the basis of region, ethnicity or religion is a common theme within Nigerian media and a suspicious one. It was interesting too because of how perceived hostile attitudes to LGBTQ+ people seemed to be deliberately politicised. Ahead of the Nigerian elections, it is also a small window into the misinformation likely to come as the campaigns intensify."

AFP published a first fact check from Nigeria on October 17, 2018 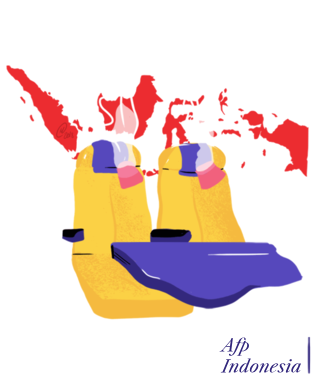 November 1, 2018 "No, this video does not show passengers aboard an Indonesian Lion Air plane moments before it crashed"

"A video that falsely claimed to show the final moments for passengers before Lion Air JT 610 crashed in Indonesia late October was viewed more than one million times on social media and promoted as true by some mainstream media groups. A search for the original video was complicated, but we finally tracked down the person who took it to confirm it was from a 2017 flight that did not crash. It was a satisfying fact check because of the wide impact of the misleading video."

AFP published a first fact check from Indonesia on June 13, 2018 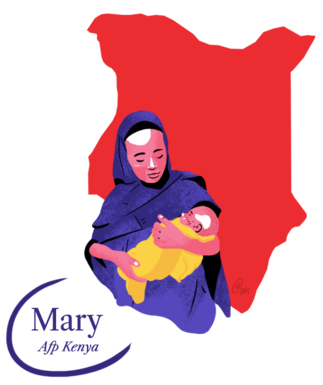 November 8, 2018 "No, this is not a photo of breastfeeding students in Kenya"

"This fact-check is my favourite so far because in Kenya teenage pregancy especially during national exams is something that is widely reported on. Local media houses focus on reporting this and counteless unverified photos are normally shared on social media to depict that it is a dire situation.

This photo was specifially shared to fool many who viewed it that in a class of 57 candidates (30 girls and 27 boys), 21 girls all below 19 years are breastfeeding mothers.

I was intrigued after fact-checking it to find out that the school in the post does not even exist in Nyanza region and the photo was from a Tanzanian school.

This particular story was mentioned during BBC's Beyond FakeNews conference which I attended here in Nairobi, Kenya."

AFP published a first fact check from Kenya on October 26, 2018 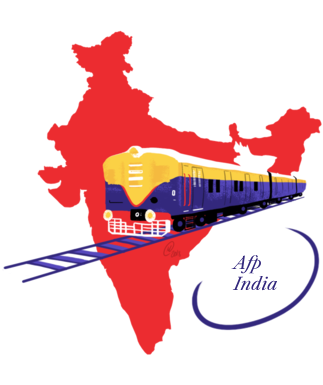 November 8, 2018 "No, this video does not show an exodus of migrants from India's Gujarat state"

"This was the most intensive investigation we have done so far, requiring digital investigations and speaking with people directly.

The fact-check touched on a very sensitive issue, and the original video had been widely shared."

AFP published a first fact check from India on October 25, 2018 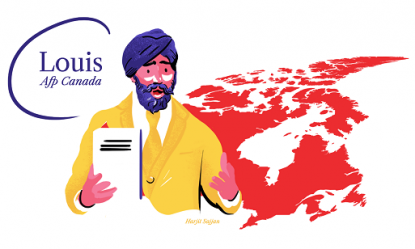 "I particularly enjoyed debunking disinformation around the "It's okay to be white" poster campaign because there were several layers to the story. By looking into false claims that Canadian Defence Minister Harjit Sajjan had tweeted that whites have no place in Canada, I realized the scale of the campaign to which the minister was actually referring to, and how coordinated it had been. All of the conversations surrounding the logistics of the campaign were still online, and they highlighted its intentions: to discredit those who would denounce the campaign in order to expose a supposed bias and, in the case of the United States, to subsequently influence votes during the November 8 Midterm elections."

AFP published a first fact check from Canada on June 26, 2018 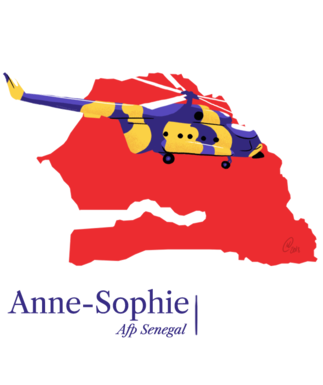 "This rumour has spread through social networks for more than three years and grew out of a minor news story that was badly reported.

We used tools including Yandex and Whopostedwhat to find the true story."

AFP published a first fact check from Senegal on November 5, 2018 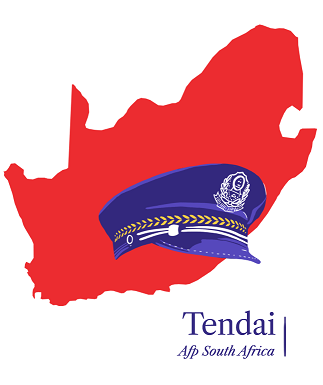 November 12, 2018 : "No, the Chinese are not opening police stations in South Africa"

"In South Africa, where the presence of Chinese nationals is estimated at around 300,000, conversations around the false headline showed locals believed that not only were the Chinese moving into the country in large numbers, but that this warranted the need for 14 of their own police stations - very different from the community cooperation centres that they actually are."