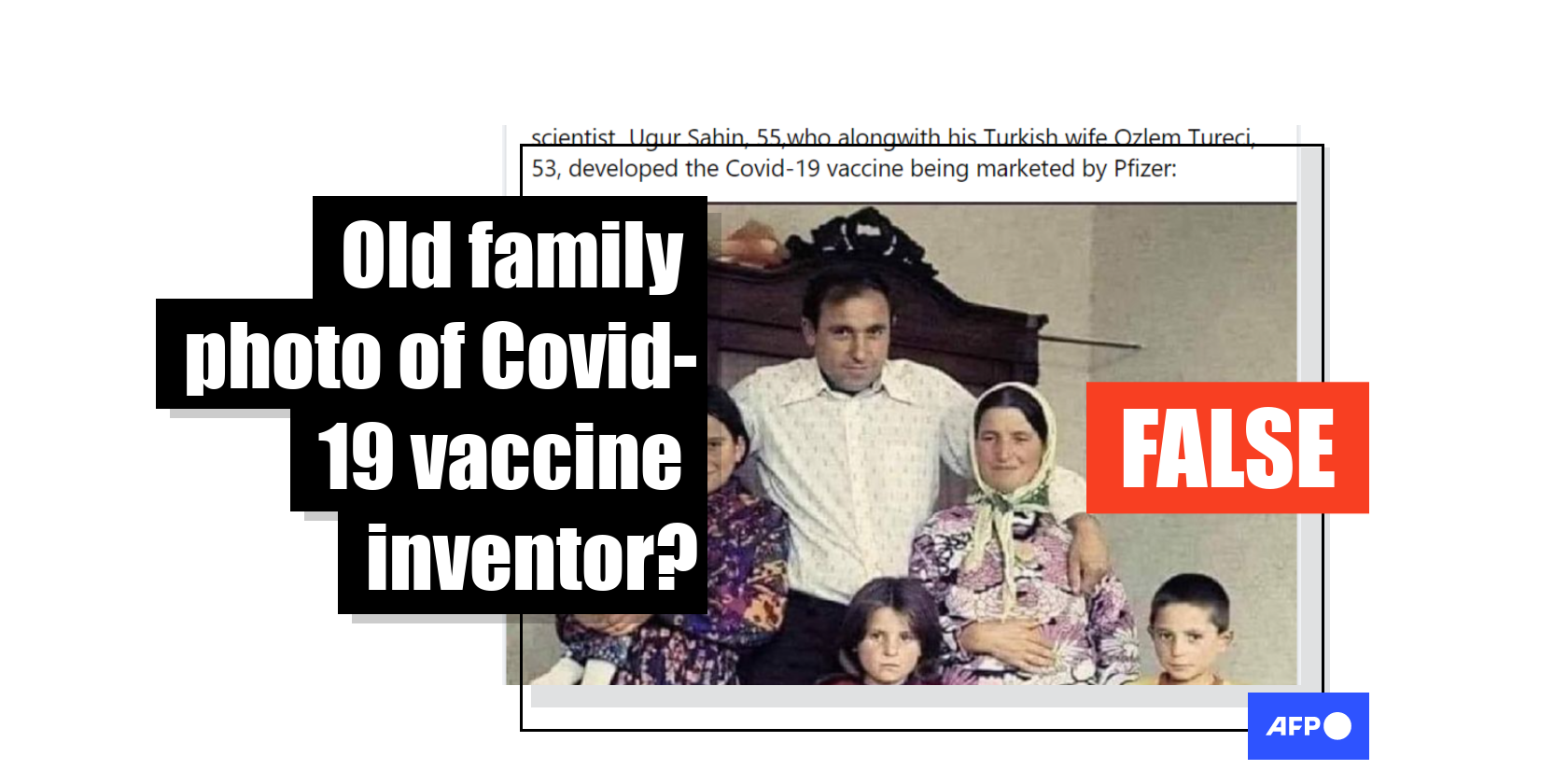 A photo has been shared tens thousands of times on multiple posts on Facebook and Twitter, alongside a claim that it shows an old family photo of Turkish-German scientist Ugur Sahin, who developed a Covid-19 vaccine. The claim is false; this photo does not show Sahin nor his family. 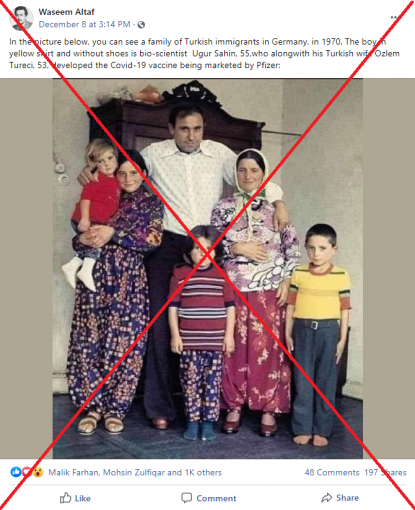 The post’s caption reads: “In the picture below, you can see a family of Turkish immigrants in Germany, in 1970. The boy in yellow shirt and without shoes is bio-scientist  Ugur Sahin, 55,who alongwith his Turkish wife Ozlem Tureci, 53, developed the Covid-19 vaccine being marketed by Pfizer:”.

Turkish-German scientist Ugur Sahin is the CEO of BioNTech, a biotech firm he co-founded with his wife, Ozlem Tureci, in the central German city of Mainz in 2008.

Along with its US partner Pfizer, BioNTech announced in November 2020 that their vaccine has proved 90 percent effective in ongoing Phase 3 trials, paving the way for them to apply for emergency use approval, AFP reported here.

The UK announced it authorised the use of the vaccine on December 2, 2020, and started the mass vaccination programme on December 8.

It  has also appeared with a similar claim in other languages, such as French, Italian, Bosnian, Urdu and Arabic.

But the claim is false; the photo does not show Sahin nor his family.

BioNTech’s director of external communications, Jasmina Alatovic, told AFP on November 27, 2020, that “this is not a photo of Mr Sahin and his family.”

A reverse image search on Google found the same photo was posted on August 16, 2020, on the Twitter account of DiasporaTürk, which is run by members of the Turkish community living in several European countries.

The next day, on August 17, 2020, the DiasporaTürk account shared another photo in a tweet, this time showing only the father and mother of the family.

The Turkish-language tweet translates to English as: “When the grandson of the family saw the photo on our page yesterday, we were able to get firsthand information about them. He told us about his grandparents, aunts, uncles and his mother who is not in the photograph. The family is from Aksaray. The father came to Germany in 1965 as a worker.”

DiasporaTürk’s founder Gokhan Duman said in an email to AFP on November 26, 2020, that the family in the picture came to the western German city of Dusseldorf in 1965 from Arkasay, a city in central Turkey, and that they are not a family of the Turkish-German scientist.

Sahin’s family arrived in Germany in the 1960s and came from the southern Turkish city of Iskenderun.

“Dr. Sahin, 55, was born in Iskenderun, Turkey. When he was 4, his family moved to Cologne, Germany, where his parents worked at a Ford factory. He grew up wanting to be a doctor, and became a physician at the University of Cologne. In 1993, he earned a doctorate from the university for his work on immunotherapy in tumor cells,” The New York Times reported here.

Further results from the reverse image search on Google found the photo was published in the website of contemporary art magazine ArtReview here, which says it was part of German photographer Candida Hoefer’s photography artwork titled “Turks in Germany 1979”. 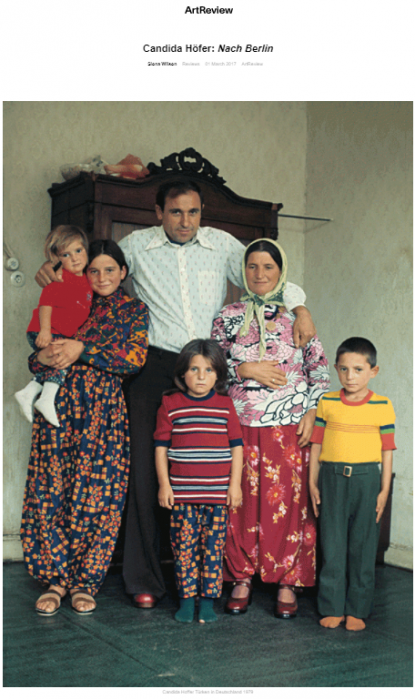 The Candida Hoefer Foundation confirmed to AFP on November 26, 2020, that she indeed took the photo.

However, Herbert Burkert, a representative of the foundation, said he could not confirm the identity of the family in this photo, as the photo was taken “a long time ago and the name of this family is not recorded”.