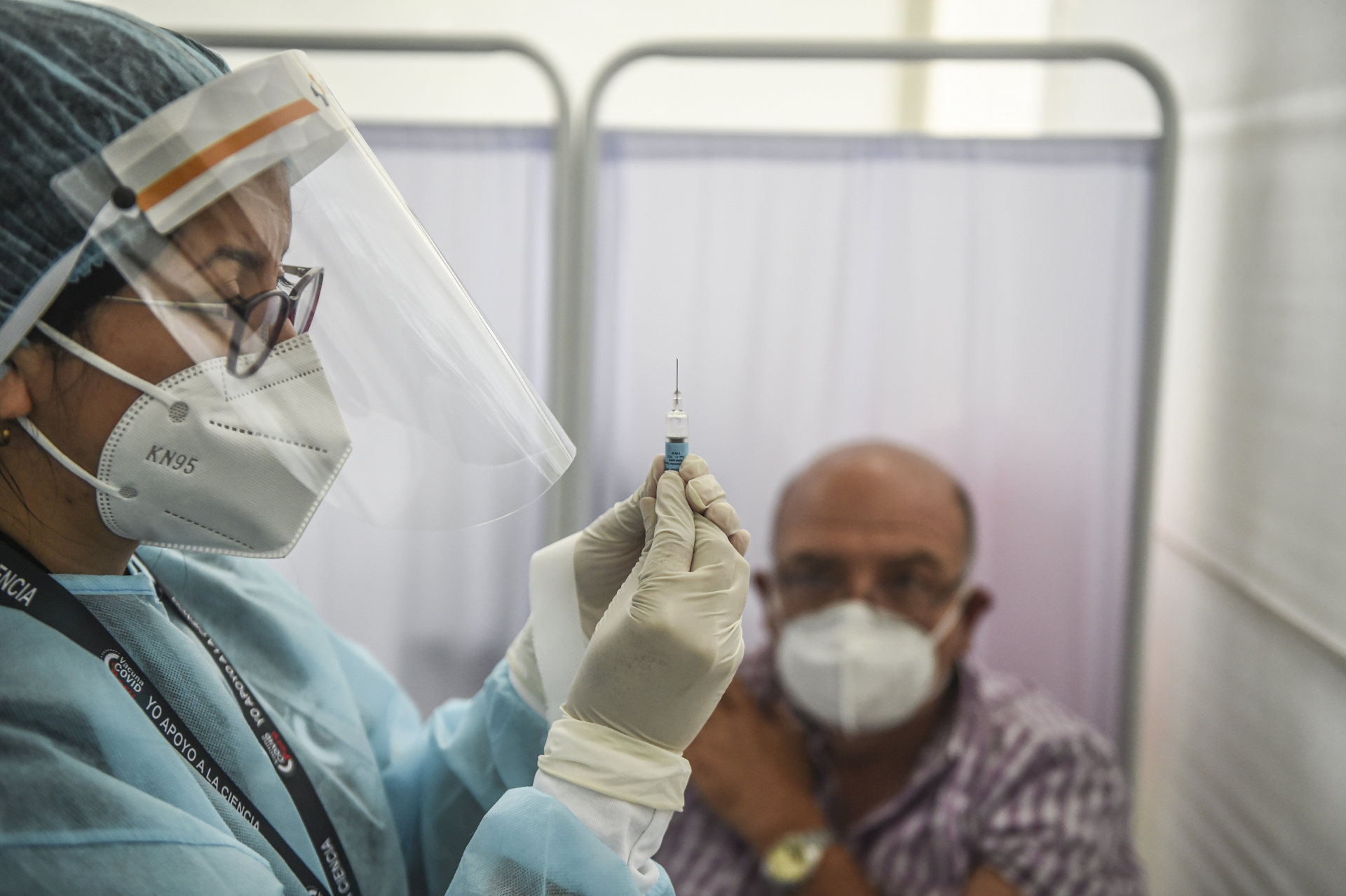 A health worker prepares a syringe to inoculate a volunteer with a COVID-19 vaccine produced by the Chinese Sinopharm during its trial at the Clinical Studies Center of the Cayetano Heredia University in Lima on December 09, 2020. (AFP / Ernesto Benavides)

The claim was posted here on Instagram by an Australian-based user on December 1, 2020. 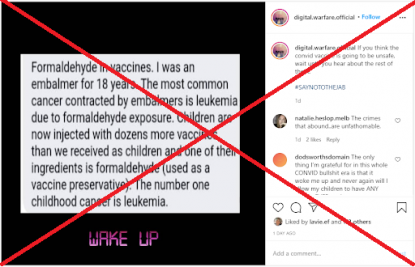 The post reads: “I was an embalmer for 18 years. The most common cancer contracted by embalmers is leukemia due to formaldehyde exposure. Children are now injected with dozens more vaccines than we received as children and one of their ingredients is formaldehyde (used as a vaccine preservative). The number one childhood cancer is leukemia.”

Formaldehyde is an organic compound that is used in a litany of household products and found in trace amounts in vaccines as preservatives.

A similar claim has also been shared by several Facebook users worldwide, including here, here and here.

The claim circulated online as dozens of companies, from biotech start-ups to Big Pharma, were racing to develop a safe and effective coronavirus vaccine, as AFP reported here.

'No evidence of connection'

In response to the misleading social media posts, a spokesperson for the Australian Cancer Council (CC) told AFP there is “no evidence” of a connection between childhood leukemia and formaldehyde found in vaccines.

“Some immunisation programs help prevent cancer by reducing the prevalence of infections that can be precursors to cancer,” the spokesperson said in an email on December 3.

Dr Seong Lin Khaw, a senior research officer at the Walter and Elizabeth Hall Research Institute, said the level of formaldehyde present in some vaccines is safe for humans.

The University of Oxford’s Vaccine Knowledge Project website also states: “The amount of natural formaldehyde in a two-month-old infant’s blood (around 1.1 milligrams in total) is 10 times greater than the amount found in any vaccine (less than 0.1 milligrams).”

Studies have found “embalmers and medical professionals that use formaldehyde have an increased risk of leukemia”, the American Cancer Society states here.

However, Dr Natasha Crowcroft, Director of the Centre for Vaccine Preventable Diseases at the University of Toronto told AFP that the dosages found in vaccines and embalming are not comparable. “To embalm a body you need something like 6-10 liter of formaldehyde – it’s nothing at all like the tiny amounts in vaccines,” she said in an email in May 2020.

The risk factors for children who develop leukemia are largely unknown, said Kathryn Huntley, general manager of the Leukaemia Foundation. “However, two types of leukaemia commonly occur in children, Acute Lymphoblastic Leukaemia (ALL) and Acute Myeloid Leukaemia (AML), and we also know that some children may be at increased risk of developing leukaemia, such as children who have a congenital disorder or a pre-existing blood disorder, or who have a sibling who has been diagnosed with leukaemia,” she said.