A photo has been shared hundreds of times on Facebook alongside a claim that it shows the ‘God's Hand’ pond in Zimbabwe’s Buchwa Mine in Midlands province. But the claim is false: the photo of the heart-shaped pond was taken in the Kadykovsky quarry in Russia. 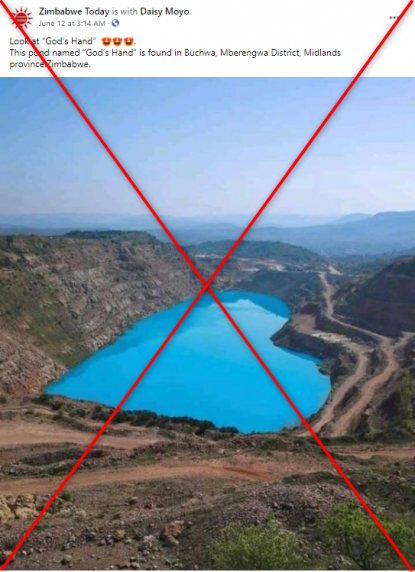 The picture was also posted on Twitter on June 8, 2021, and has been retweeted over 130 times.

By performing a reverse image search, AFP Fact Check found the photo in the online archives of Alamy Stock Photos. It was taken by photographer Mykola Grabchuk on April 19, 2020, and shows the blue heart-shaped pond in the abandoned Kadykovsky quarry near the Crimean town of Balaklava.

Below is a side-by-side comparison of the picture on Google Maps (L) and the false post (R) image. The two images show the same roads and vegetation on the edge of the pond.

Google Maps also helped us locate a satellite image of the blue heart-shaped in the Kadykovsky quarry pond in Balaklava District in the Sevastopol city region. 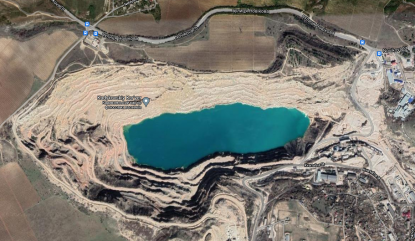 A satellite image of the heart-shaped pond, in the Kadykovsky quarry, in Balaklava Russia

AFP Fact Check searched for the ‘Gods Hand’ pond in Zimbabwe and couldn’t find any information about its existence.