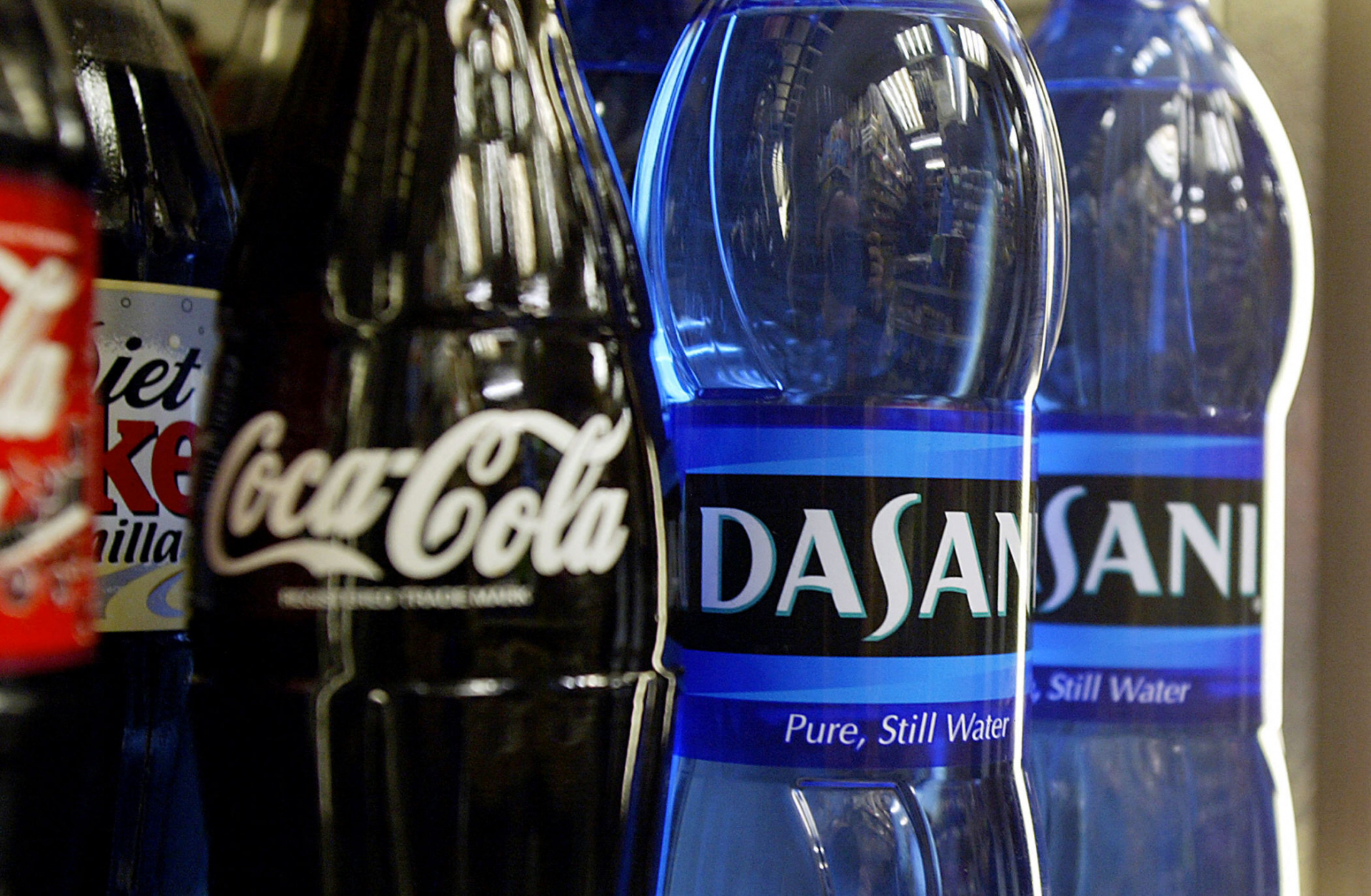 Bottles of Dasani water are displayed at a shop in central London on March 2, 2004 (AFP / Nicolas Asfouri)

Instagram posts claim that Dasani bottled water contains the same compound used to kill inmates on death row, giving the impression that the water is toxic. This is misleading; experts say potassium chloride is a commonly occurring essential nutrient, the amounts used for bottled water and lethal injections are not comparable, and injection is far more dangerous than drinking it.

"Dasani is considered the worst bottled water in the market because it contains potassium chloride. It's the same chemical that's given to death row inmates before they die,” reads a June 11, 2021 Instagram post liked nearly 70,000 times. 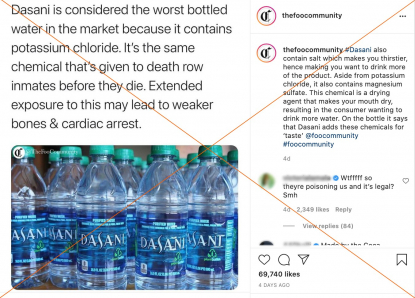 More examples of the claim appear on Instagram here, here and here.

While potassium chloride (KCl) is indeed used intravenously to stop the heart in some executions, experts say it is perfectly safe to drink the small quantities sometimes present in bottled water.

Gaboury Benoit, an environmental chemistry professor at Yale University, rated the claim that Dasani water is toxic because of KCl in “the pants on fire category.”

“Potassium (K) and chloride (Cl) occur in essentially all drinking water, often at levels similar to what is added back to Dasani after it is initially purified. It poses no risk,” he said.

It is “the third most abundant mineral in the body found in muscle cells, bones and blood. Checking a bottle of vitamin pills, potassium chloride is listed as the second ingredient,” said Mancl, who is also a water quality specialist.

She explained that potassium chloride is an often-used substitute for sodium chloride, or table salt, for people who need to reduce their sodium intake.

Any potassium chloride in Dasani bottled water “will be a very small amount so as not to give the water a salty or metallic taste.”

Benoit and Dr Joel Zivot, an expert on physician participation in lethal injection, pointed out that an intravenous dose of potassium chloride -- as would be administered for a lethal injection --  is far more dangerous than ingesting the compound.

When you swallow something, it has to make its way into the bloodstream, while injections take a direct route, Zivot explained.

Plus, he said the amounts of potassium chloride in bottled water and the quantity administered in a lethal injection are “not comparable.”

Dasani, owned by global beverage giant Coca-Cola, told AFP: “Although we are unable to disclose the exact quantities of minerals added to our water, we can tell you that the amounts of these minerals (including salt) are so minuscule that the US Food and Drug Administration considers them negligible.”

An FDA spokesperson clarified that although foods -- including bottled water -- do not require FDA approval before being marketed, “potassium chloride (KCl) is a type of salt that can be used in food with no limitation other than the requirement to follow current good manufacturing practices.”

FDA regulations say that using potassium chloride as an ingredient is “generally recognized as safe.”