Social media posts share a picture of dozens of parked aircraft, claiming that they belong to G7 leaders and that the photo was taken during their summit in June 2021. But the image actually shows Boeing 737 MAX planes that were grounded following two deadly crashes well before the heads of the world’s wealthy democracies met in southwest England.

“G7 summit parking lot. These clowns are fighting climate change one private plane trip at a time,” reads a June 14, 2021 post featuring a picture of parked planes that has been shared more than 9,200 times on Facebook, and is also circulating on Instagram. 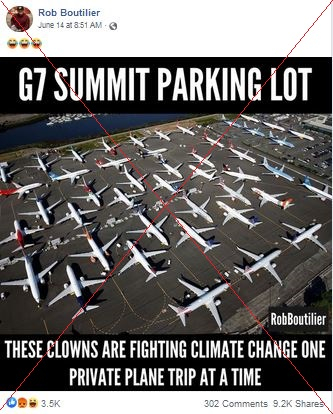 This image is being used out of context. 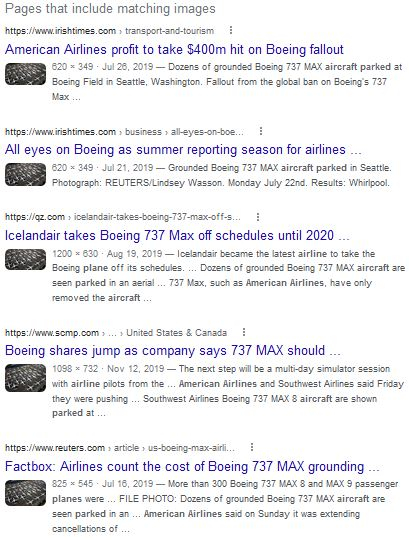 Clicking on one of the first stories in the results reveals that the picture comes from the Reuters news agency. 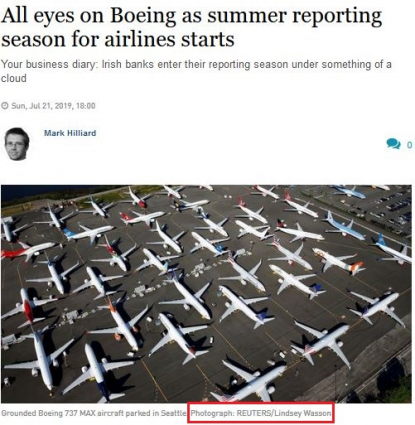 Screenshot taken from irishtimes.com on June 17, 2021

The picture was published on July 9, 2019 on Reuters’ website with the caption: “Dozens of grounded Boeing 737 MAX aircraft are seen parked in an aerial photo at Boeing Field in Seattle, Washington, July 1.” 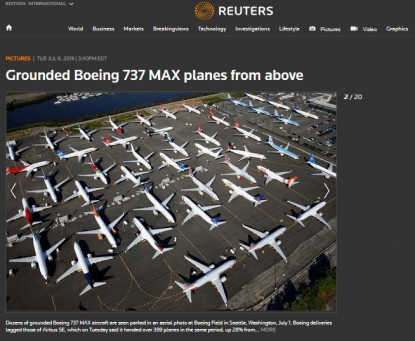 Screenshot taken from reuters.com on June 17, 2021

This photo was taken in the United States in 2019, and thus has nothing to do with the three-day June 2021 G7 summit held in Cornwall, United Kingdom.

It was taken at a time when numerous airlines chose to ground their Boeing 737 MAX fleet following two crashes that together killed 346 people in 2018 and 2019.

However, photographers did capture images of several G7 leaders arriving on government aircraft at Cornwall Airport Newquay for the G7 summit.

Heads of state and government often fly in private aircraft for security and logistical reasons, and these usually bear distinctive colors or symbols of each country, like the maple leaf on the Canadian plane. 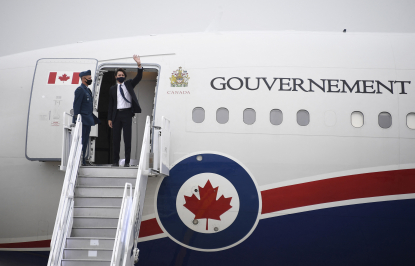 At the summit, leaders from Canada, France, Germany, Italy, Japan, the United Kingdom and the United States pledged to step up action against climate change, including a halving of “our collective emissions over the two decades to 2030.”

AFP also examined a false claim that a satanic ritual was held at the G7 summit.