Online videos claim that a person named Romana Didulo has been appointed head of state and commander-in-chief of the “Republic of Canada.” This is false; Canada remains a constitutional monarchy headed by Queen Elizabeth II -- who cannot be removed unless Canadian legislators agree -- and the monarch’s representative in Ottawa holds ceremonial command of the military.

“CANADA’S NEWLY APPOINTED HEAD OF STATE AND COMMANDER IN CHIEF - TRUDEAU IS OUT,” reads the title of a May 25, 2021 BitChute video that has been watched more than 72,000 times. It has also been shared more than 1,600 times on Facebook, according to the social media monitoring tool CrowdTangle. 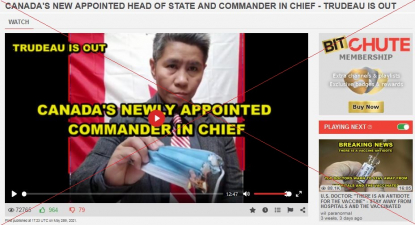 Screenshot taken from bitchute.com on June 18, 2021

In the video, a person named Romana Didulo claims that “as of February this year, 2021, I am the head of state and commander in chief of Canada, the Republic.”

Other videos making similar claims are circulating online but they are untrue, according to a Canadian official.

“I can confirm that the claims made by Ms Romana Didulo are false,” Nathan Pylypuk, a spokesman for the Department of Canadian Heritage, told AFP.

He pointed to Canada’s official website for more information on the structure of the country’s government.

Canada is a constitutional monarchy headed by Queen Elizabeth II. The 1867 Constitution Act states that “the Executive Government and Authority of and over Canada is hereby declared to continue and be vested in the Queen.”

The Queen’s authority is represented by the governor general, who is also the country’s commander-in-chief.

This cannot be changed without the agreement of every Canadian legislator.

The UK Royal Family’s website states that “any change to the position of The Queen or her representatives in Canada now requires the unanimous consent of the Senate, the House of Commons and the legislatures of all the provinces.”

Didulo is presented as the founder and leader of the “Canada 1st” party, but a personal biography on the organization’s website appears to be unfinished.

Screenshot taken from canada1stpartyofcanada.ca on June 17, 2021

A Vice investigation shows that her fierce opposition to Canada’s vaccination effort and public health measures to curb the spread of the Covid-19 pandemic have been amplified online by followers of the QAnon conspiracy theory.

In another video, Didulo also claims that Queen Elizabeth II was executed for “crimes against humanity.” 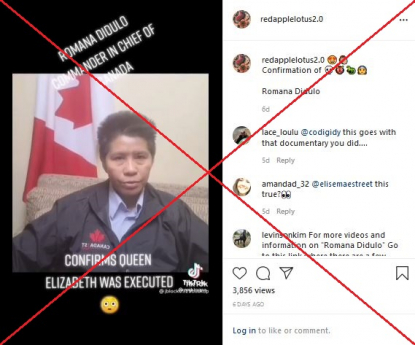 But pictures carried by AFP from the G7 summit in June 2021 show the Queen alive and well, and meeting with Trudeau. 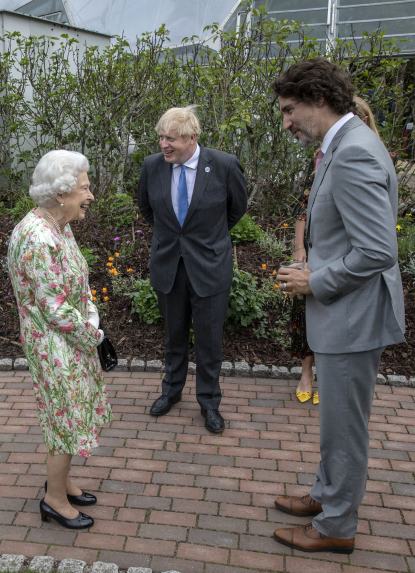 AFP Fact Check previously debunked another claim that a group had taken over power in Canada.