An Instagram post that purports to show a dramatic storm in the United States has been liked hundreds of times. However, the claim is false; the image’s creator told AFP Fact Check he produced the digital artwork using stock pictures.

The post, shared with more than 11,000 followers on August 30, 2020, has received more than 800 likes since then. It shows dark storm clouds hovering over a coastal city and a lightning bolt in the background.

“HUGE thunderstorm in South Carolina,” part of the caption reads. 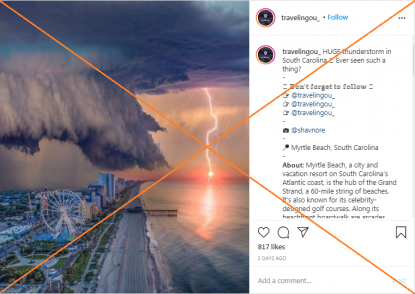 The post correctly credits the image to an account called “@shavnore” and describes the location as “Myrtle Beach, South Carolina”.

However, as comments below the post point out, the image is not real but an altered artwork.

A look at the Instagram account, which belongs to audio-visual specialist Brent Shavnore, shows the same composite image and hundreds of others. 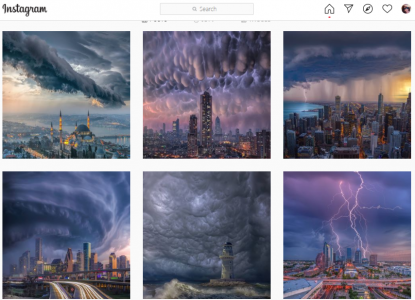 When contacted by AFP Fact Check, Shavnore confirmed it was his work.

“This is a digital artwork created by me using stock photography and digital painting techniques,” he said in an email.

Shavnore shared a YouTube tutorial video from his channel to illustrate how he creates the images.

A basic internet search of “Myrtle Beach stock images” led to the original photograph on iStock by Getty Images, part of a series by Kruck that was used by Shavnore to make his digitally altered version.

The original picture shows a drone shot of the skyline at Myrtle Beach and not a storm, as the post claims.

A screenshot taken on September 3, 2020 of the original image on iStock