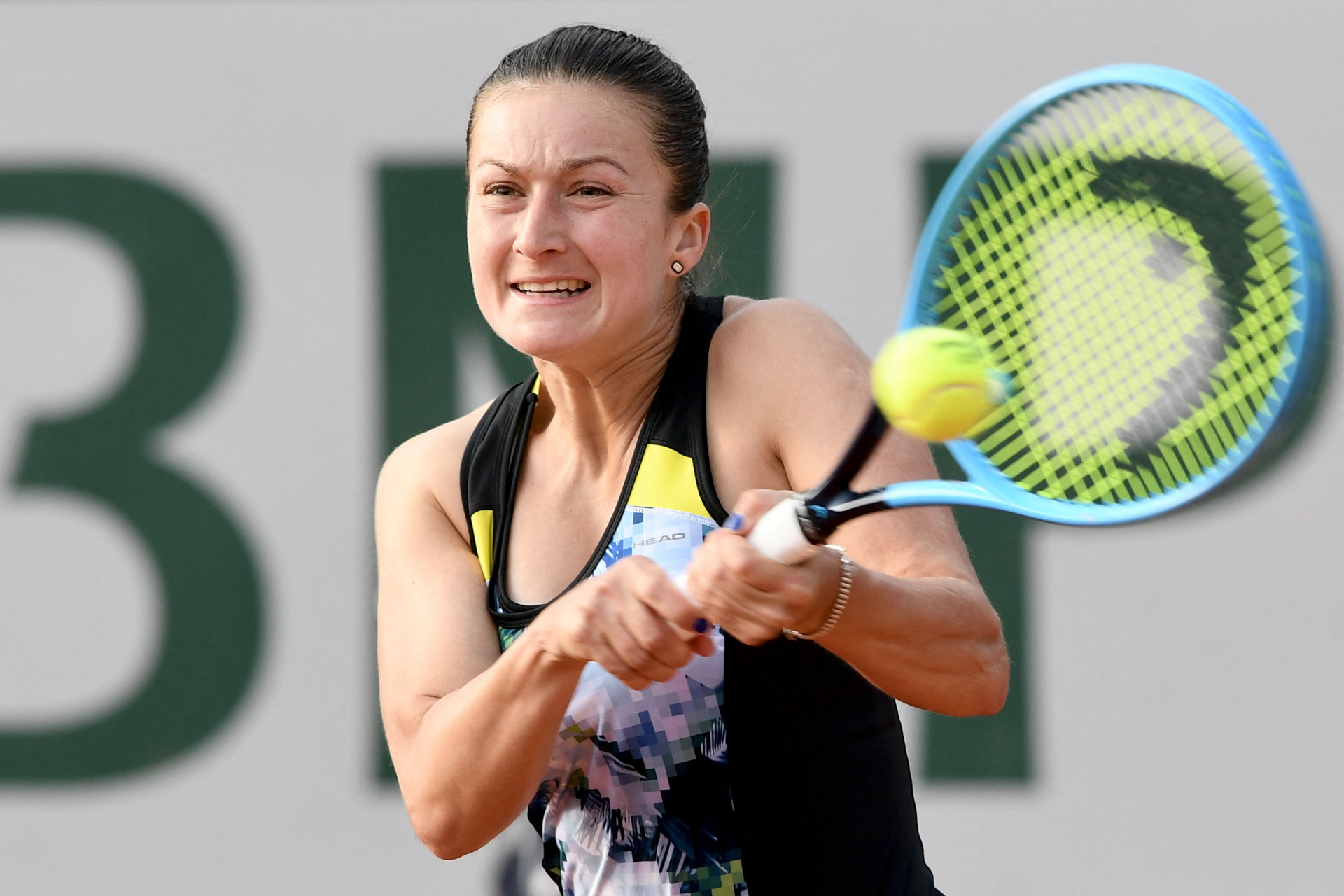 A video has been shared in social media posts that claim it shows Slovenian tennis player Dalila Jakupovic collapsing at the Australian Open in January 2022 after being vaccinated. The video circulated online after defending men's champion Novak Djokovic lost a court bid to stay in Australia for the tournament without being vaccinated against Covid. But the video has been shared in a false context; it has circulated in reports before the pandemic about Jakupovic suffering breathing difficulties at the tournament in January 2020 as smoke from surrounding bushfires blanketed Melbourne.

The video was shared on Facebook on January 17, 2022 by an Australian-based user.

It shows Slovenian tennis player Dalila Jakupovic sitting with her head in her hands on a tennis court.

The post's caption claims Jakupovic was suffering from "adverse effects" of vaccination.

It reads: "MEANWHILE AT THE AUSTRALIAN OPEN, PROOF VAXXED TENNIS PLAYERS ARE DROPPING LIKE FLIES.

"ONCE THEY PUT PRESSURE ON THEIR HEARTS THATS (sic) WHEN THE ADVERSE EFFECTS OF THE VAX KICKS IN." 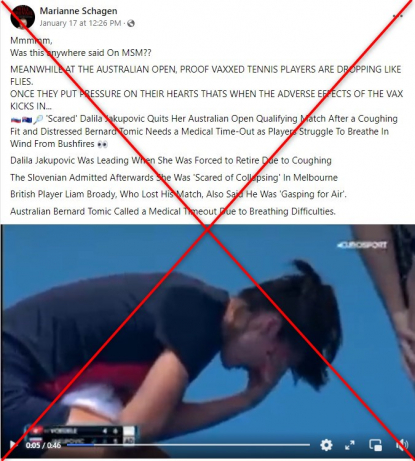 The post circulated online after defending men's champion Novak Djokovic was deported following a failed court bid to stay and play in Melbourne without being vaccinated.

AFP reported on the developments here and here.

The video was also shared alongside a similar claim in Italian, Spanish and German.

In fact, the video predates the Covid pandemic.

British newspaper The Guardian originally published the same video on YouTube on January 14, 2020.

This was almost two months before the World Health Organization said Covid-19 had become a pandemic.

It was also before the start of the first human trial to evaluate a possible vaccine against the virus in the US.

The caption for the Guardian's video reads in part: "Slovenian tennis player Dalila Jakupovic has been forced to retire during her qualifying match at the Australian Open after suffering from severe coughing fits.

"The poor air quality in Melbourne already delayed the start of the qualifying rounds as smoke from surrounding bushfires smothered the city."

Tournament disruptions caused by poor air quality were also reported in this tweet on the same day from the Australian Open's official account.

Deadly bushfires swept parts of Australia from late 2019 to early 2020.