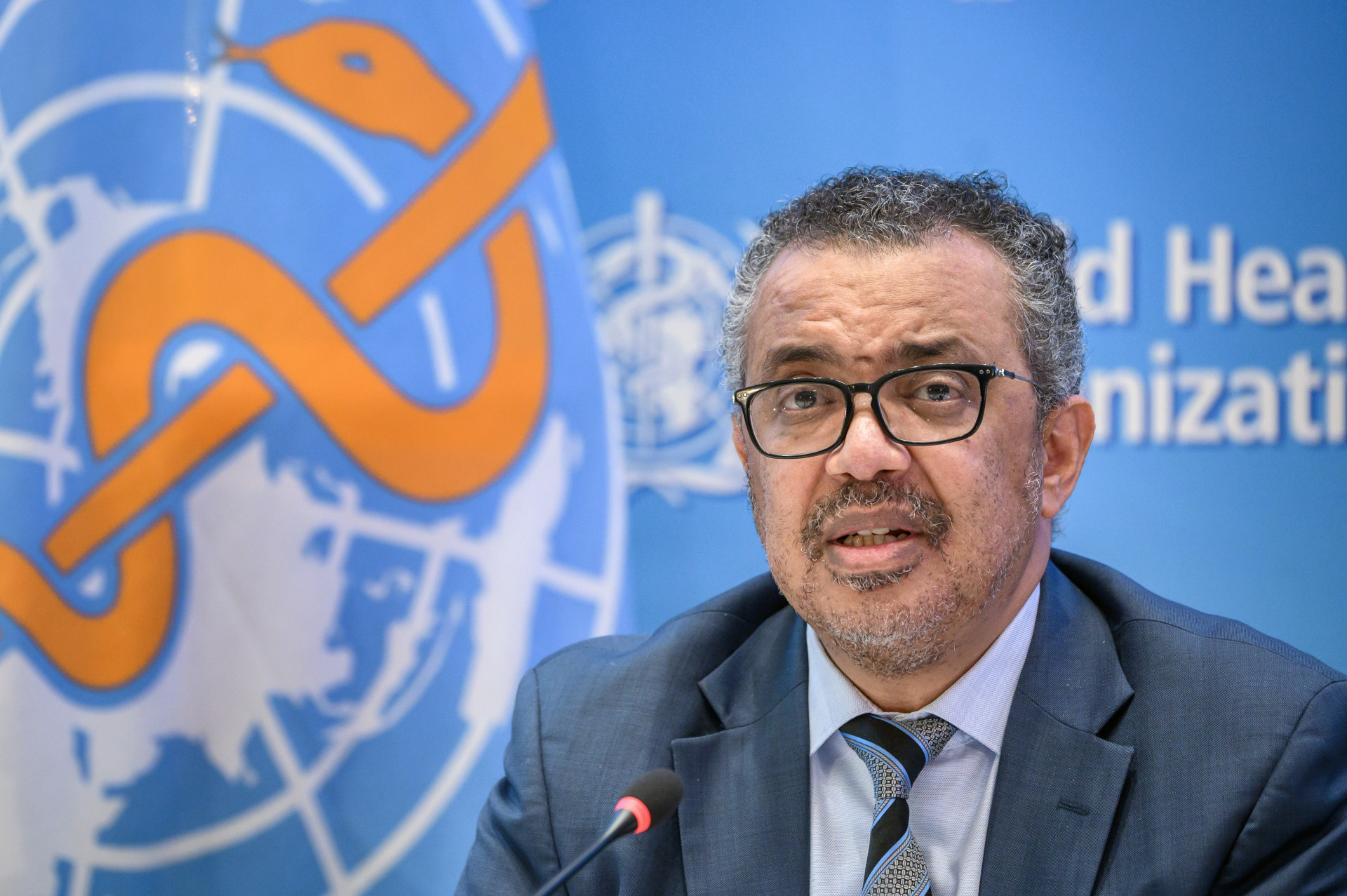 World Health Organization (WHO) Director-General Tedros Adhanom Ghebreyesus speaks during a press conference on December 20, 2021 at the WHO headquarters in Geneva. ( AFP / Fabrice COFFRINI)

Social media posts circulating in multiple languages claim World Health Organization (WHO) chief Tedros Adhanom Ghebreyesus warned some countries were administering vaccine booster shots in order to "kill children". The posts spread online in December as countries around the world saw record surges of Covid-19 cases, likely driven by the Omicron coronavirus variant. But a review of Tedros' actual remarks found he was in fact discussing global vaccine inequity -- not commenting on the safety of Covid-19 vaccine boosters. A representative for the WHO told AFP that Tedros stuttered when delivering his remarks.

The post reads: "WHO Director Tedros Adhanom Ghebreyesus raises the alarm on booster shots in children." 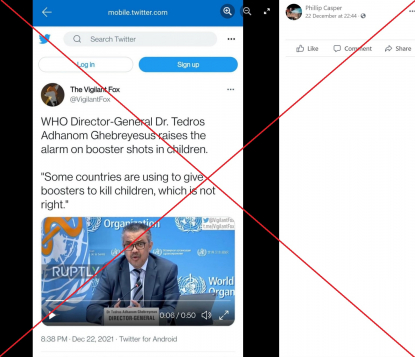 The post includes a screenshot of a tweet showing a video of Tedros at a press conference.

It quotes Tedros as saying: "Some countries are using to give boosters to kill children, which is not right."

Similar posts were also shared hundreds of times in English, French and Croatian.

The posts circulated online as countries around the world faced record surges in Covid-19, likely driven by the Omicron variant. AFP reported on the global surge here.

Tedros mentioned Covid-19 boosters in the context of global vaccine inequity -- not to comment on the safety of booster jabs.

A keyword search found the video screenshot shared in the misleading post was taken from a YouTube clip posted by Russian state-affiliated media Ruptly on December 21.

The clip shows Tedros' remarks during a virtual WHO press conference on December 20.

In the video, Tedros says about boosters: "There is new evidence emerging now of its benefits, especially with elderly groups, senior citizens, especially above 65 and above 60.

"So, if it's going to be used, it's better to focus on those groups who have the risk of severe disease and death, rather than, as we see, some countries are using to give boosters to cil-children (sic), which is not right.

"Then the equity issues comes in here. Instead of boosting a child in high-income countries, it's better to vaccinate the elderly in countries where the elders have not been vaccinated, even the primary vaccines."

The comments were published in the WHO's official transcript of the press conference here.

The WHO told AFP that Tedros stuttered in the press conference and his comments were subsequently misrepresented online.

"During his delivery of the word 'children', he got stuck on the first syllable 'chil' and it came out sounding like 'cil/kill'", a representative for the WHO said.

"He then correctly pronounced the same syllable immediately after, with it coming out audibly as 'cil-children'. Any other interpretation of this is 100% incorrect."

AFP previously reported the WHO wanted 40 percent of the population in every country fully vaccinated by the end of the year and has a target of 70 percent coverage by the middle of 2022.

Tedros later announced that 92 of the WHO's 194 member states would miss the 40 percent target.