After signing Lionel Messi, PSG gained some 3 million Instagram followers in a day, not 23 million

Multiple posts shared across social media claim that star player Lionel Messi’s move to Paris Saint-Germain (PSG) saw the football club gain about 23 million followers on Instagram in the span of a day. This is false; while the historic football transfer has significantly boosted the page’s follower count, the figure being shared on social media is vastly overstated.

A Facebook post by a popular Nigerian news site claimed the club gained more than 23 million followers in less than 24 hours.

“Less than 24 hours after Messi got signed to PSG, the club's followers on Instagram went from 19 million to 42 million,” the post reads, describing this as “The G.O.A.T EFFECT!”. Messi is referred to by fans as the “Greatest of All Time” (G.O.A.T). 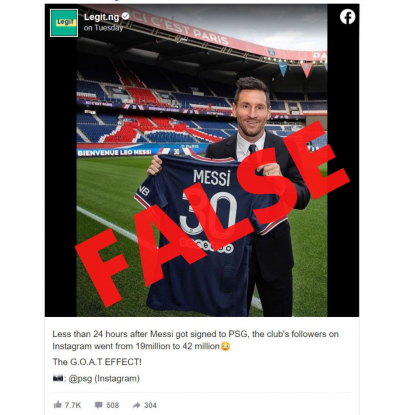 A screenshot taken on August 12, 2021 showing the false post

Similar posts reporting overexaggerated Instagram counts have been reported by newspapers, blogs and social media accounts across the world. We archived some of those here, here, here, and here.

From Barcelona to PSG

Messi, who was in tears during his farewell speech in Spain, told a news conference in Paris that he was “extremely happy” to join PSG.

His move has led to a number of misleading and false claims, some of which AFP Fact Check has debunked here and here.

What the data shows 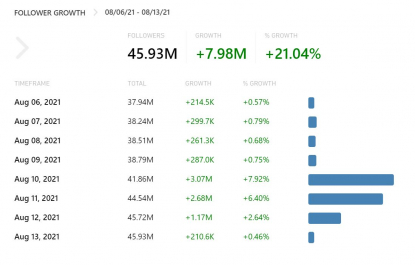 CrowdTangle is a tool made available to researchers by Facebook (which owns Instagram). Other social monitoring tools that are free and open to the public, like IGBlade, show similar results. 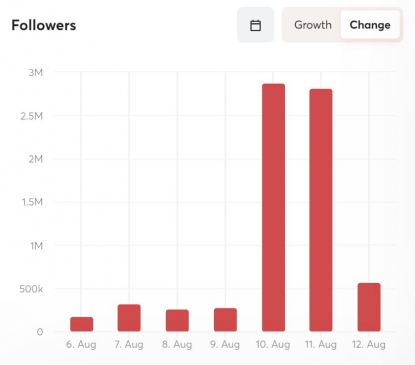 The biggest growth spurt since Messi’s signature occurred on August 10 and 11, 2021, with a combined 5.6 million new followers.