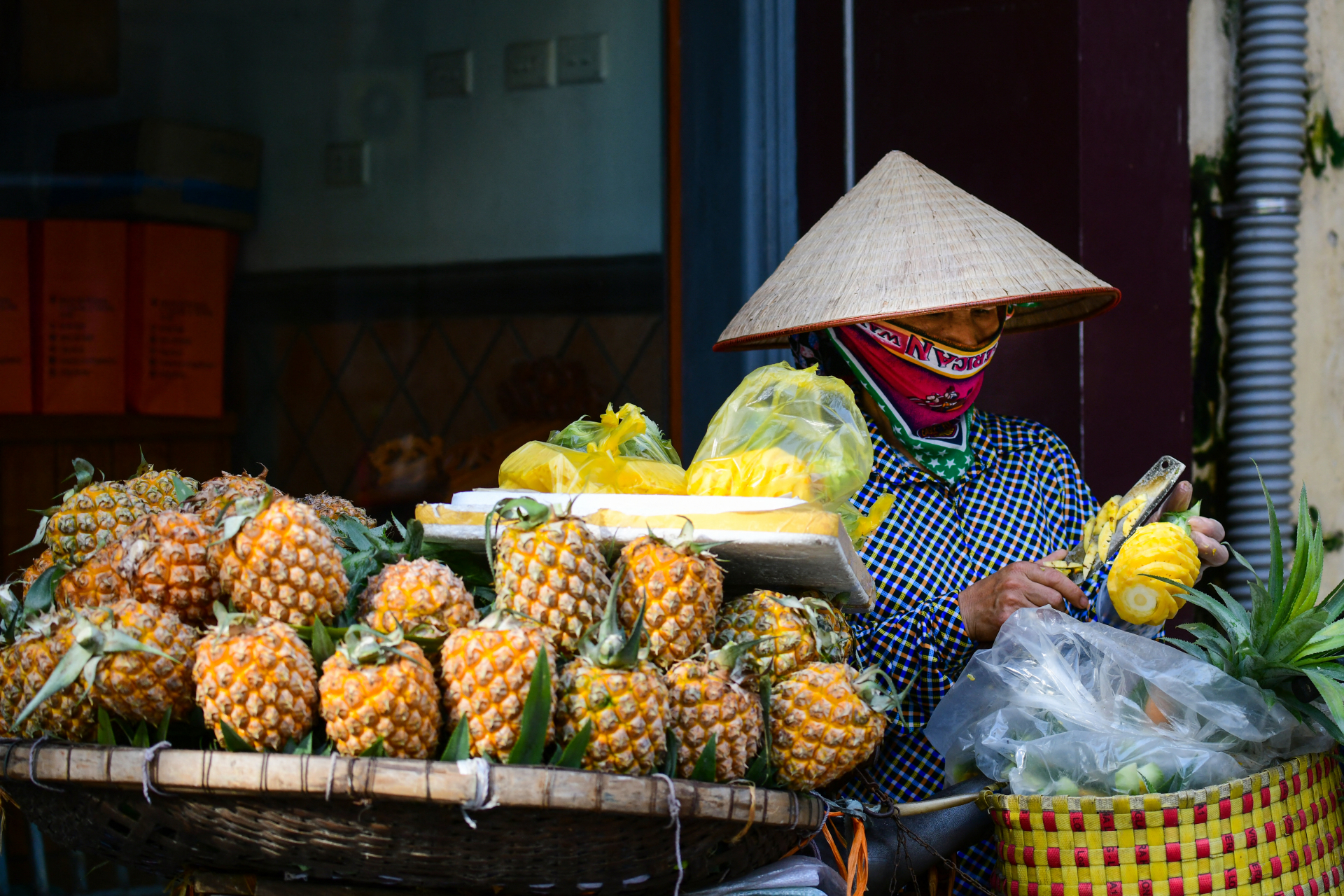 A claim that hot pineapple water can kill cancer cells has been circulating in multiple posts on Instagram and Facebook. The claim is misleading; scientists say there is not enough evidence to show that pineapple water can be used as an effective cancer remedy or treatment. 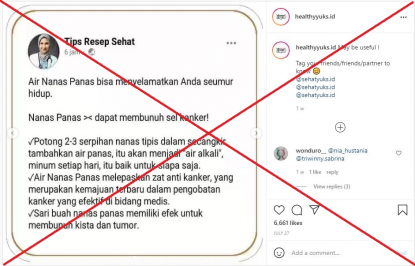 The post includes a screenshot of a Facebook post that reads: "Hot Pineapple Water can save you for a lifetime" and "Hot Pineapple can kill cancer cells!"

The claim has been shared more than 1,400 times after appearing in other Facebook posts, including here, here, here and here.

It has also been shared in a number of blog posts, including here in 2019, and here.

This claim, however, is misleading and not supported by scientists and health professionals.

Scientists say that while pineapples contain compounds that have numerous health benefits, there is not enough evidence to show that the fruit would be an effective cancer treatment for humans.

Professor Dr Aru Wisaksono Sudoyo, chairman of the Indonesian Cancer Foundation, said that there is no evidence to support the use of pineapple as a treatment for cancer.

"Like other fruits — including apples and avocados, among others — pineapples are healthy. They are fruits that can support general health and immunity. No more than that," he told AFP on August 6, 2021.

While consuming pineapple and other healthy fruits and vegetables may help reduce the risk of cancer, it is important to note that they are not equivalent to medical treatments or therapies for the disease, he said.

Bromelain, a group of enzymes found in pineapple, has been researched as a dietary supplement in test-tube studies for suppressing the growth of cancer cells.

However, there is not enough human-based research to make any conclusions on its effectiveness.

"Something that is seen to work in a laboratory may not necessarily be effective in real life," Aru said.

Dr Raymond Chang, a New York City-based cancer specialist and author of book Beyond the Magic Bullet: The Anti-Cancer Cocktail, also said that research on the pineapple's effects on cancer cells are based on test tube studies.

"We must distinguish laboratory experiments and clinical reality," Chang said in an email to AFP on August 12, 2021. "Many many natural items 'kill cancer cells' in an artificial laboratory environment, but they don't work when practically applied to a human person."

A French National Cancer Institute spokesperson previously told AFP that there were "no miracle foods" that could help cure cancer.

A  misleading claim that pineapple-based drinks is a "natural remedy" for Covid-19 has been debunked by AFP as well.