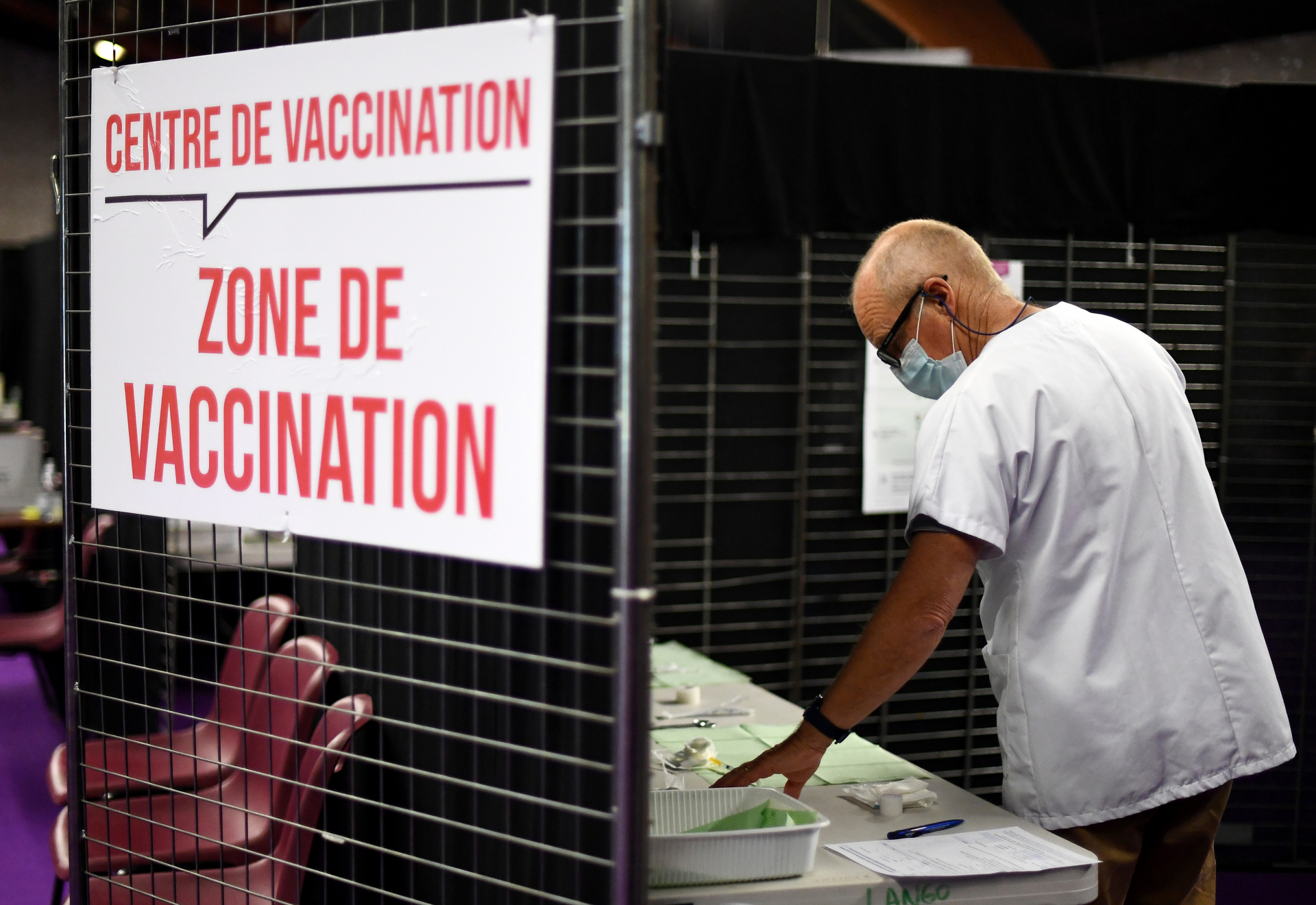 A medical worker at a vaccination centre in Garlan, western France, on May 31, 2021 ( AFP / Fred Tanneau)

Social media posts share a video of a Swiss-based researcher who claims that the European Medicines Agency (EMA) has "linked" Covid-19 vaccines to 18,000 deaths. This is false; a report of a fatality following vaccination in the EMA's database is not proof of a tie between the two,and though serious side effects following vaccination have been recorded, they remain rare, according to the health agency.

"This brave woman is a WHO whistleblower," says a July 19, 2021 Facebook post. It shows a video clip of an interview with Astrid Stuckelberger, who specializes in research about aging and has previously worked for the World Heath Organization on temporary contracts or consultancies, including on an ethics review committee. 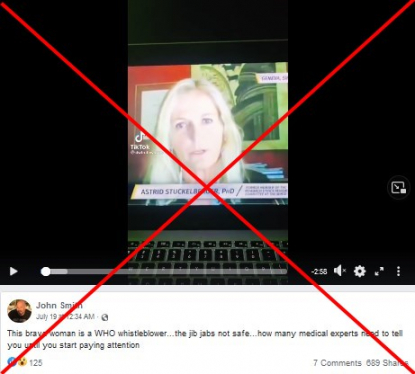 The Facebook post shares a TikTok video which has been viewed tens of thousands of times. It shows a segment of Stuckelberger's appearance on The HighWire (from the 7 minute 50 second mark), a program that was removed from YouTube in 2020 for pushing medical misinformation, and that has been previously fact-checked by AFP here.

Stuckelberger was also featured in the 2020 French documentary "Hold-up," which included numerous false and misleading claims about the Covid-19 pandemic that AFP Fact Check debunked here in French.

In the latest clip, Stuckelberger claims that "in Europe, there is already, absolutely confirmed by EudraVigilance, at least 18,000 deaths linked directly to the vaccine."

The EMA adverse events reporting database, EudraVigilance, does not provide proof that a vaccine caused a reported side effect or death.

Regulatory authorities in European Union member nations, as well as drug companies, submit to EudraVigilance reports of suspected side effects following vaccination. These reports are then reviewed, along with other information, to assess whether there is a causal link.

Contacted by AFP, a spokeswoman for the EMA said on July 21, 2021, that medical problems or death after someone has been inoculated do not mean that they were triggered by the shot: "This may have been caused, for example, by health problems not related to the vaccination. For most medicines, the vast majority of suspected side effects are not eventually confirmed as side effects."

This is echoed by a description of EudraVigilance that states: "The information on this website relates to suspected side effects, ie medical events that have been observed following the administration of the Covid-19 vaccines, but which are not necessarily related to or caused by the vaccine."

Another illness could be the cause, or the incident could be associated with other medication taken by the patient at the same time, it adds.

Before accessing reports from the database, users must also read and accept a disclaimer . It emphasizes that "the information on this website does not reflect any confirmation of a potential link between the medicine and the observed effect(s)."

Like its US counterpart, the Vaccine Adverse Event Reporting System (VAERS) -- from which data has also been misrepresented -- EudraVigilance is intended to allow the flagging of adverse reactions following vaccination.

Serious side effects are rare

More than 455 million doses of Covid-19 vaccines have been administered in the EU, Iceland, Norway and Liechtenstein.

Since January 2021, the EMA has published detailed safety data about each authorized Covid-19 vaccine here, and although serious side effects have been reported following vaccination, they are uncommon, according to the agency.

"EMA has identified a few rare but serious side effects with Covid-19 vaccines, and in some, but by no means all cases, these have proved fatal," the spokeswoman said. "Apart from these rare cases, there is no indication that the deaths reported were caused by vaccination."

In an April 2021 statement, the agency said that a possible link between very rare blood clots and the AstraZeneca (Vaxzevria) Covid-19 vaccine had been found, but it concluded that the benefits of the shot still outweighed the risks. The European Medicines Agency estimates that "thrombosis (formation of blood clots in the blood vessels) in combination with thrombocytopenia (thrombosis with thrombocytopenia syndrome, TTS) may affect up to one in 10,000 people."

More recently, it noted that the Pfizer-BioNTech's (Comirnaty) and Moderna's (Spikevax) vaccines using mRNA technology could possibly be linked to very rare cases of heart inflammation.

AFP Fact Check has debunked a series of inaccurate claims about vaccines, available in English here.