A video has been viewed thousands of times in multiple posts on Facebook alongside a claim it shows the Israel-Hamas conflict. The claim is false: the footage was mainly taken from a military-themed video game.

“'Do you think this is a game? No, it's the Israel-Palestinian clash.” 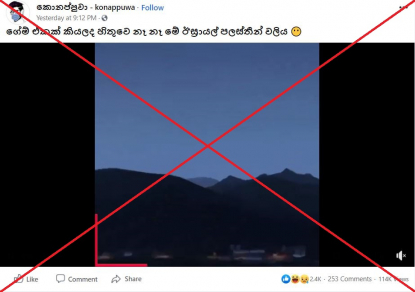 The same footage was also aired on the local TV channel Siyatha news on May 15, 2021, as seen in this video captured by a Facebook user.

The video was also shared with a similar claim on Facebook here and here.

The claim is false. The footage mainly shows simulations generated from the military-themed video game ARMA 3.

They feature footage identical to the visuals in the misleading posts.

Below is a screenshot comparison of the first section of the video in the misleading posts (L) and the YouTube clip (R): 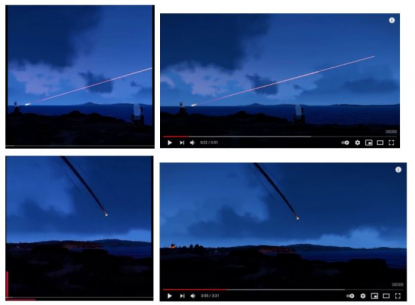 The Japanese and English-language title translates to English as: "A-10 Thunderbolt Warthog Thunderbolt CRAM Sius". 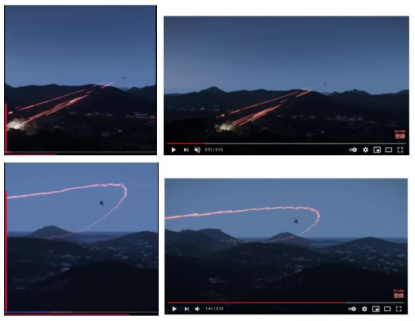 It is titled: "JET Aircraft Tracer Tracer Jet Parachute". The corresponding section starts from the 18-second mark to the 42-second mark. 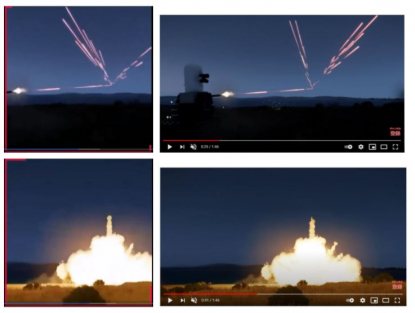 The keyframes from the video's two-minute 59-second mark to the four-minute 41-second mark have also been created using ARMA 3.

The footage is similar to keyframes in this YouTube clip of an ARMA 3 simulation.

Below is a screenshot comparison of a keyframe from the third clip (L) and the YouTube video (L):

Screenshot comparison between a key frame from the third clip (L) and the YouTube video (R):

The last 30 seconds of the misleading post’s video was featured alongside a description of a C-RAM (Counter Rocket, Artillery, and Mortar) in this blog from 2016.

It closely resembles a machine used by the US military seen in a YouTube video published here on May 9, 2018.

Below is a screenshot comparison between the final clip in the misleading post and the image in the 2016 blog: