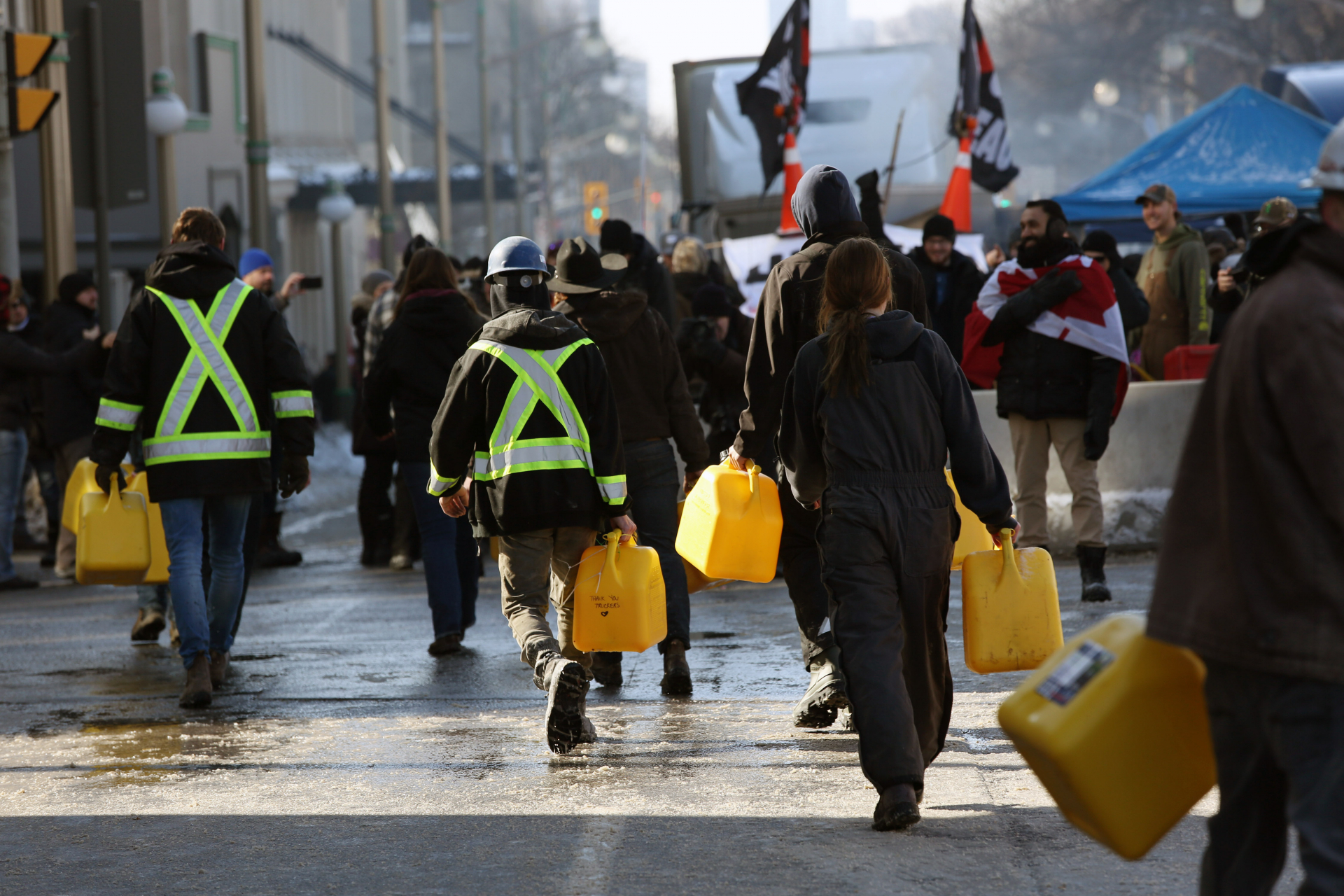 Canada police not ordered to return fuel to Ottawa protesters

Social media posts and online videos claim a judge ordered Ottawa police to return fuel to anti-vaccine mandate protesters after seizing supplies from the demonstrators. This is false; the Ontario Ministry of the Attorney General says no such order exists, and the police say they did not return any fuel.

"Ottawa police returning all fuel they took from truckers!by Judges order freedeom convoy 2022," says the title of a YouTube video viewed hundreds of thousands of times since it was uploaded on February 7, 2022. 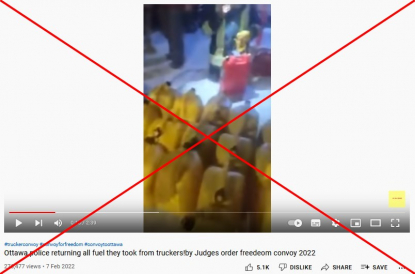 In the video, a man examines dozens of red and yellow jerry cans, saying: "These have all been refilled a couple of times today." Later, he says: "They're going to bring out the rest of jerry cans from the back of my truck." No mention of police is made, and no officer can be seen in the video.

Similar claims have been shared thousands of times on Twitter and Facebook and have also appeared in online articles.

The claims spread as truckers led a protest in Ottawa against Covid-19 vaccine mandates that took effect on January 15 in Canada and on January 22 in the United States for drivers crossing the border.

The protest was initially downplayed by Canadian Prime Minister Justin Trudeau as a "fringe minority," but has mushroomed, inspired demonstrations around the world, and drawn significant financial support. Big rigs have caused significant economic disruption by shutting down the Ambassador Bridge, stifling a key border crossing for US-Canada trade.

On February 11, Ontario province declared a state of emergency. Premier Doug Ford called the Ottawa protest an "illegal occupation," while Trudeau told reporters: "Everything is on the table because this unlawful activity has to end and it will end."

Ottawa police seized 3,200 liters of fuel from protesters on Parliament Hill on February 6. The following day, an Ottawa judge granted an interim injunction to stop protesters honking horns after local residents complained, but claims that a judge ordered the police to return the fuel they had taken are false.

Contacted by AFP, a spokesperson for the Ottawa Police Service said the municipal force "did not return fuel. There is no such order."

This was confirmed by Brian Gray, spokesman for the provincial Ministry of the Attorney General. "Court staff have conducted a search for the referenced court order, and have been unable to locate any such order," he said.

The demonstrations in Canada have led to numerous false claims on social media, including that Trudeau sent a letter to the protesters, and that a dumpster full of rocks was placed in central Ottawa by Canada's government to incite violence.