Photos of Eritrean soldiers on patrol were taken in 2000 during the war with Ethiopia, not in 2022

Two photos of soldiers in combat uniform have been shared in a Facebook post alongside a claim that they show Eritrean troops deployed inside Ethiopia to help quell the ongoing conflict with rebels. But the claim is false; the pictures show Eritrean troops inside their own country during the border war with Ethiopia more than two decades ago. 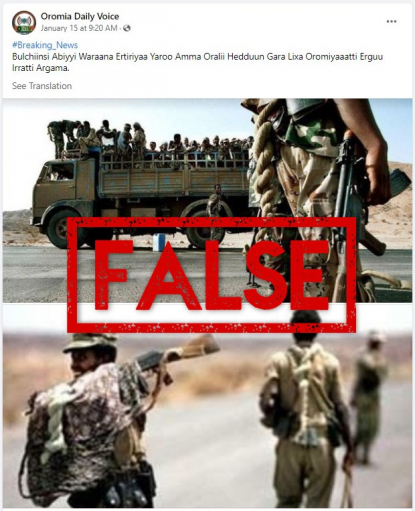 The post, written in Afaan Oromoo, translates to: “The Abiy administration is currently deploying Eritrean soldiers using many military trucks seen in the image in Western Oromia.”

AFP has reported how the ongoing war between Ethiopian federal troops and Tigrayan rebels has killed thousands of people and left millions more in desperate need of food and medical treatment.

In November 2020, Ethiopian Prime Minister Abiy Ahmed ordered troops into Tigray in response to what he called attacks on army camps by the northern region’s former rulers, the Tigray People’s Liberation Front (TPLF).

A few months later, in March 2021, the Ethiopian government acknowledged the presence of Eritrean troops in the country, despite earlier denials.

But the photos shared in the Facebook post were taken more than 20 years ago and do not support the claim that Eritrean troops have again entered Ethiopia with Abiy’s blessings.

Photos from another war

A reverse image search conducted by AFP Fact Check found that both pictures were taken by AFP photographer Steve Forrest during the 1998-2000 border war between Ethiopia and Eritrea.

The first photo, published here and again in 2021 here, shows Eritrean troops on the move in 2000. 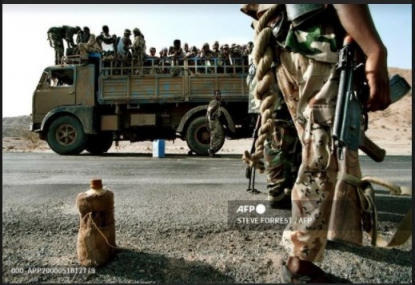 AFP picture showing Eritrean troops inside their own country in 2000

The second photo, also from 2000 and republished here in a 2016 report, shows Eritrean soldiers patrolling a road near Port Assab in southeastern Eritrea.

Port Assab is located in southeastern Eritrea. It is the country’s second most important port after Massawa. 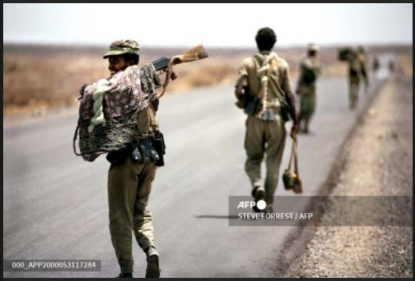 Eritrea won independence from Ethiopia in 1991 after three decades of war, but the two countries returned to battle in 1998-2000. An estimated 80,000 people died on both sides. 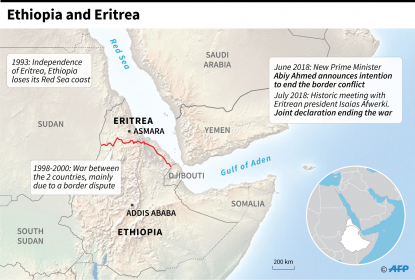