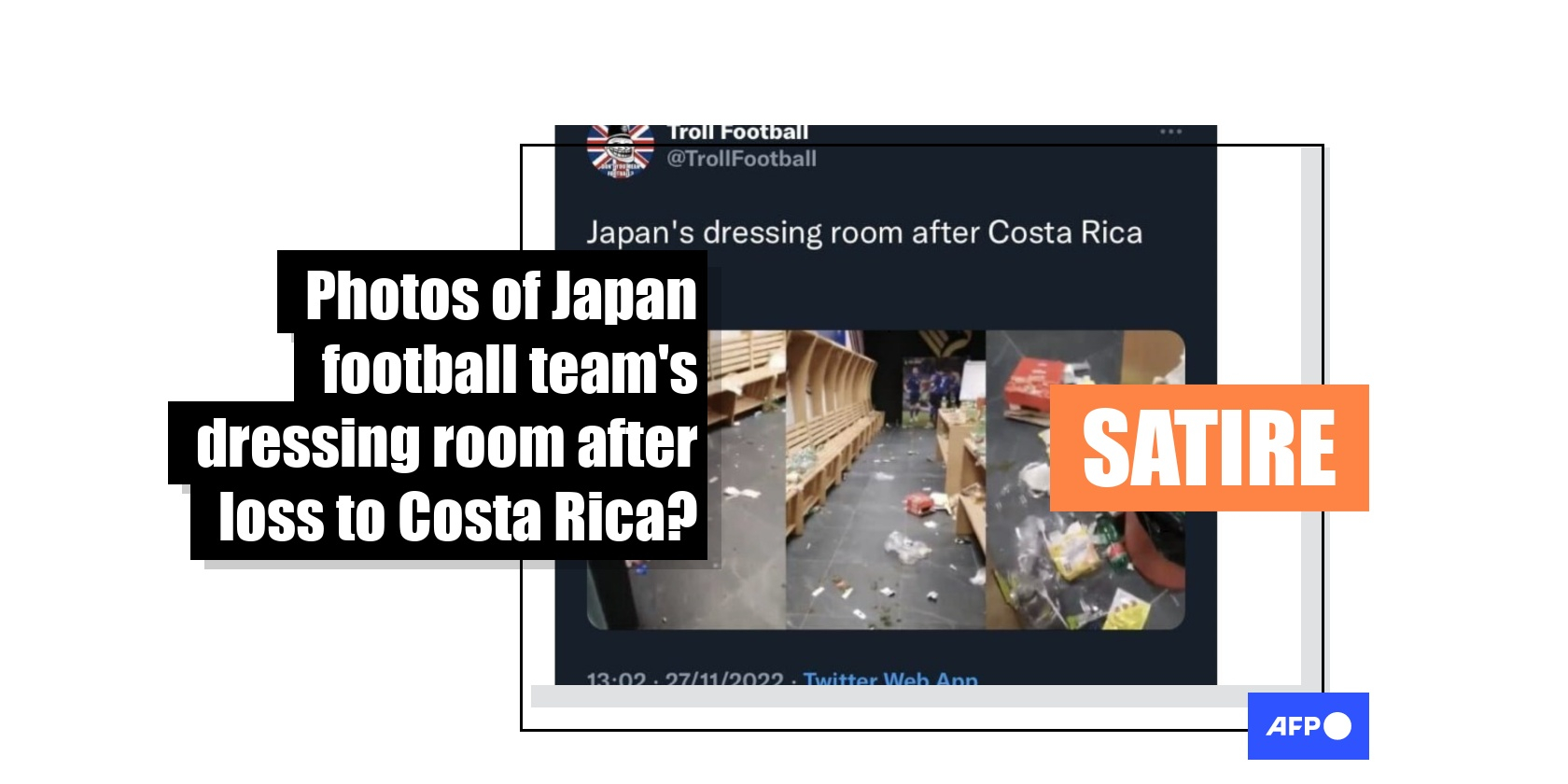 "Japan's locker room after the Costa Rica match," reads the Korean-language title of a post shared on Gasengi, a popular South Korean internet forum, on November 27.

Images in the screenshot show a trash-filled dressing room.

"When they lose, they don't clean up," the post's caption continues. 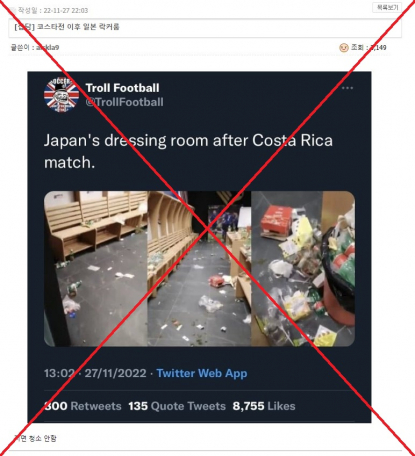 Screenshot of the misleading claim shared on Gasengi.com. Captured November 29, 2022.

The images were shared online after Japan was defeated by Costa Rica 1-0 in a group stage match at the 2022 World Cup in Qatar on November 27.

Identical images were also shared over 1,000 times with a similar claim in Korean-language social media posts here, here and here; and in English here and here.

While some social media users thought the claim was a joke, others were misled.

"This shows how two-faced Japan is," wrote one user.

"Not surprising, their clean-up after the Germany match was just for show," wrote another.

The images predate the 2022 World Cup; they show a dressing room used by the Italian national football team after a match in Palermo, Italy, in March 2022.

Through reverse searches on Google, AFP found the images correspond to frames of a video shared in a report by Italian sports newspaper Corriere dello Sport on March 26.

The report says the video shows a dressing room for the "Azzurri" -- the nickname for the Italian national football team.

Below are screenshot comparisons of the images shared in one of the misleading posts (left) and the video (right):

Corriere della Sera, Italy's best-selling newspaper, reported here the video was filmed at the Renzo Barbera Stadium in Palermo after the Italian national team lost a match to North Macedonia.

The surprise 1-0 defeat meant Italy would be absent from the 2022 World Cup in Qatar -- the second straight World Cup they had failed to qualify for having also missed out on the 2018 tournament in Russia.

Multiple photos of the Renzo Barbera Stadium dressing room posted online by Palermo FC on Twitter and its website match the room seen in the video.

Moreover, a photo of the Japanese national team's dressing room during their match with Costa Rica at Qatar's Ahmad Bin Ali Stadium, as seen in a tweet from the Asian Cup's official Twitter account, does not resemble the trashed dressing room shared alongside the misleading claims.