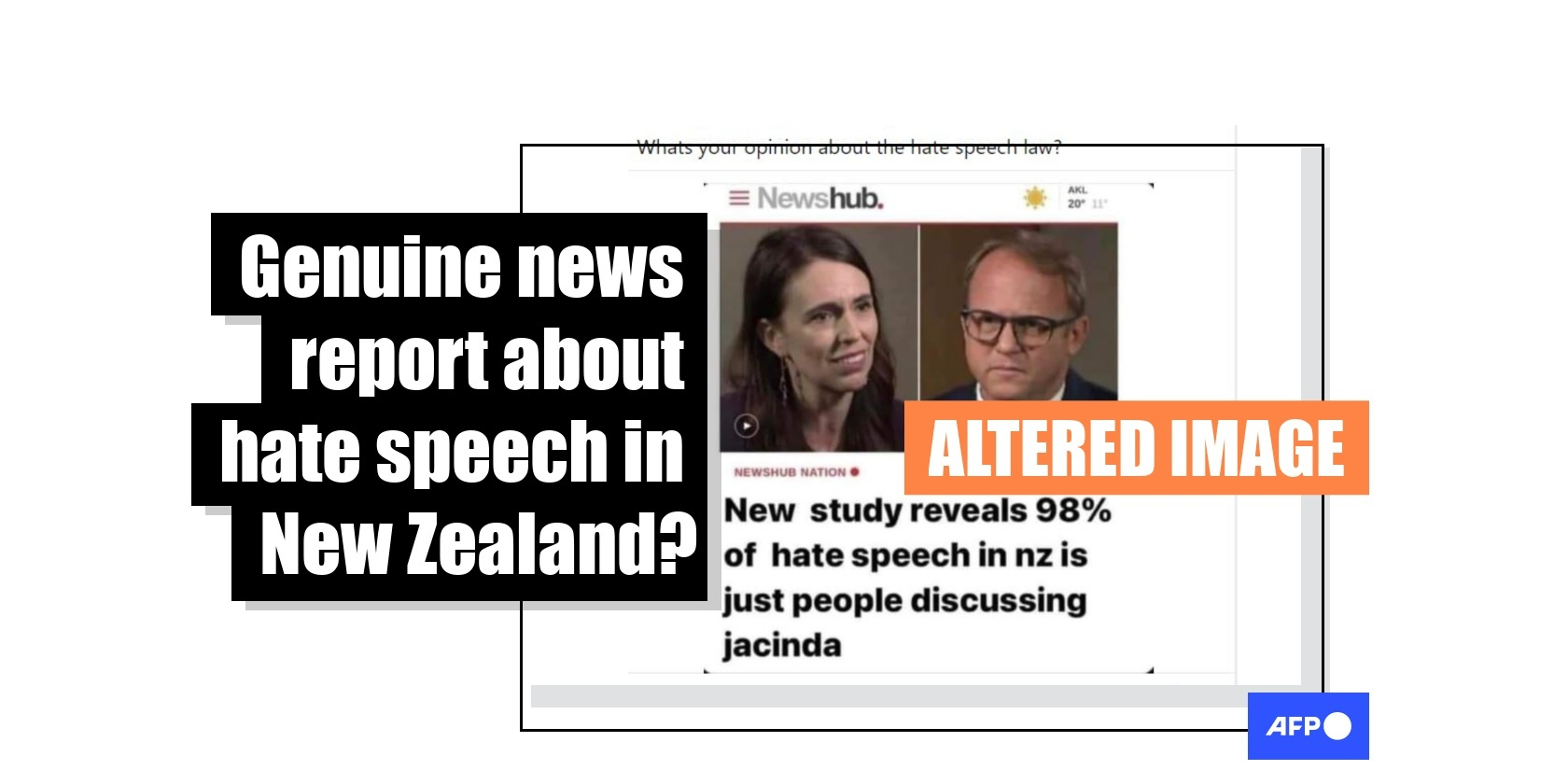 A doctored screenshot of a report by New Zealand media outlet Newshub has been shared repeatedly in social media posts that claim a new study found 98 percent of hate speech in New Zealand is about Prime Minister Jacinda Ardern. A Newshub spokesperson told AFP that it had not published the purported report about hate speech. The doctored screenshot was manipulated from a report about Ardern saying her government would prioritise the cost of living.

The doctored screenshot was shared on Facebook on November 11, 2022.

It includes a photo of Ardern alongside Newshub host Simon Shepherd.

The post's caption reads: "Whats (sic) your opinion about the hate speech law?"

A user commented on the Facebook post, "Yup, she’s hitting the headlines for all the WRONG reasons!", while another one commented, "That’s 100% fact". 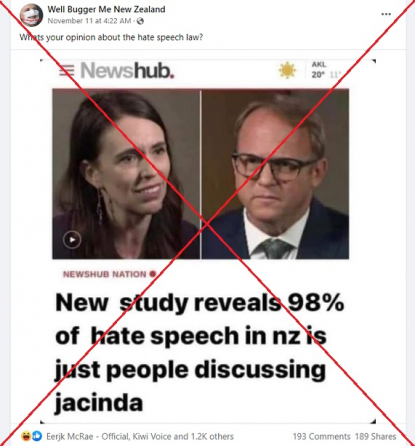 The posts circulated online after New Zealand's Justice Minister Kiri Allan told TVNZ's Q+A in October that the government was planning to announce a new hate speech law by the end of this year that would be enacted by the next election, the New Zealand Herald reported.

Her announcement followed a Royal Commission of Inquiry (RCOI) in 2020 into the Christchurch mosque terrorist attacks, which highlighted flaws in the country's hate speech laws.

Some social media users appeared to share the screenshot jokingly, with one Facebook user sharing it with the caption: “Ohh, poor Cindy. Nobody likes you.”

Bloomberg reported in August this year that Ardern's rating as preferred prime minister had fallen to its lowest since she became prime minister in 2017, reaching just 30 percent according to a 1News Kantar poll.

A spokesperson from Newshub told AFP that the image in the false posts had been “doctored”.

A reverse image search on Google found that the original Newshub report -- which includes the same photos of Ardern and Shepherd -- was published on November 5.

The original report's headline reads: "Ardern says cost of living 'top of our agenda', political experts believe another payment could be on the cards".

Ardern told Shepherd in a television interview that the cost of living was the government's priority and it would continue to look at how it can provide support to New Zealanders. 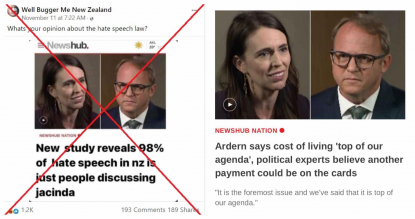