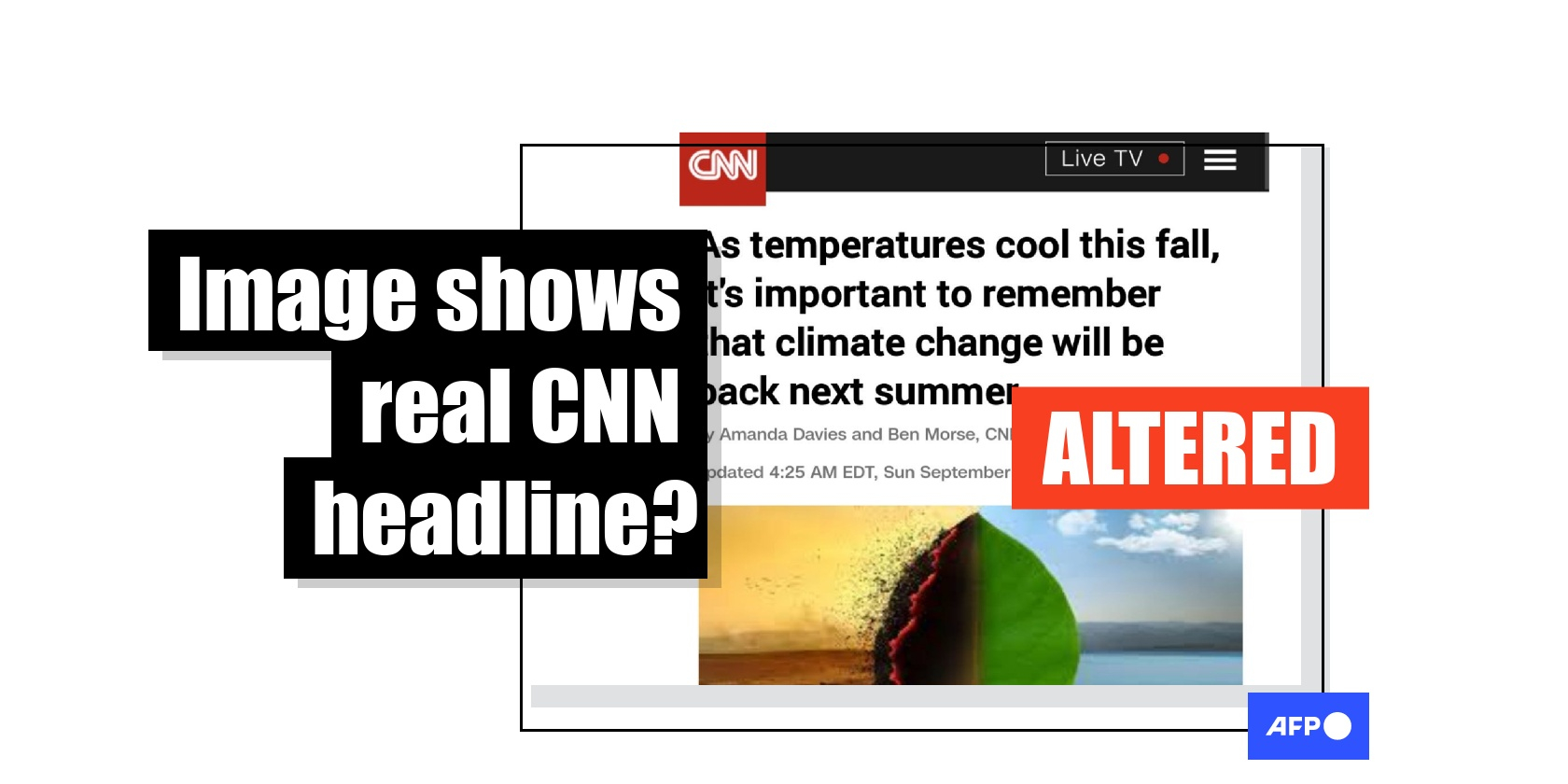 Social media posts claim CNN published an article with a headline saying "climate change will be back next summer." This is false; the story does not appear on the website of the US broadcaster, which confirmed to AFP the image circulating online is fabricated.

"What is the IQ of CNN's audience?" says a September 7, 2022 tweet with hundreds of shares and likes.

The post includes an image of what appears to be a CNN article headlined: "As temperatures cool this fall, it's important to remember that climate change will be back next summer." 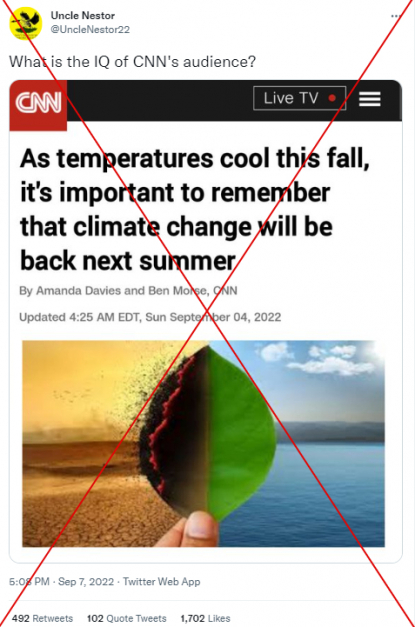 "This image is fabricated and is not a real CNN article," spokeswoman Emily Kuhn told AFP.

AFP could find no trace of the story on live or archived versions of CNN's website. The same photo was posted September 4, 2022 on iFunny, a site that describes itself as a platform for "the best memes, video, gifs and funny pics."

The picture shared online appears to show a doctored version of a real CNN article about German racing driver Sebastian Vettel. The bylines and time of publication match those shown in the altered image. 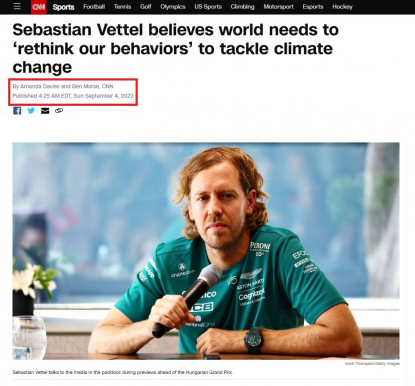