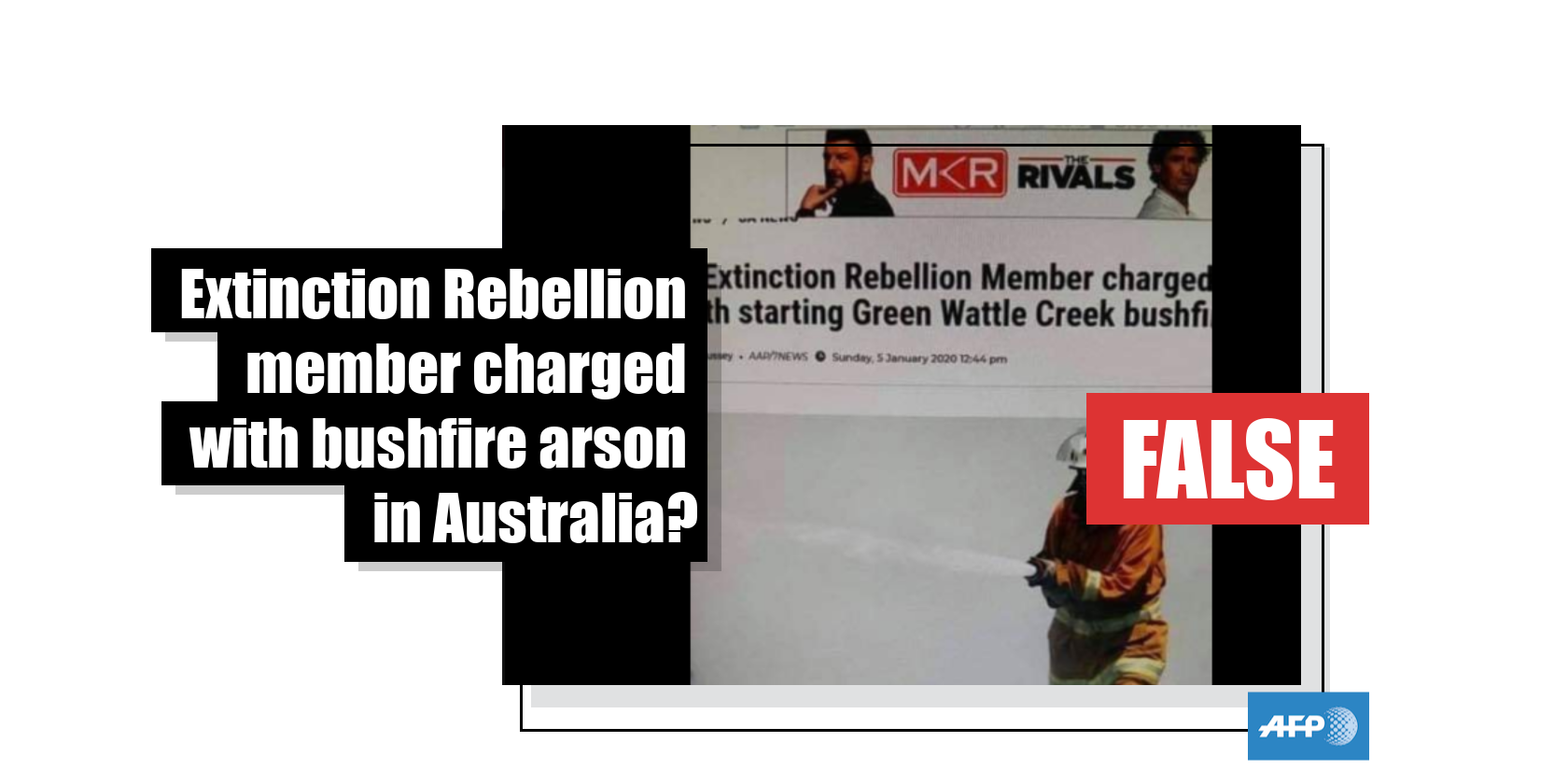 This image was doctored – Australian officials say the bushfire was caused by lightning, not arson

An image of a purported news article claiming to report that a member of Extinction Rebellion was charged for lighting a bushfire outside Sydney has been shared in multiple Facebook posts. However, the claim is false; the image was doctored and Australian police say they have no record of anyone being charged for the bushfire, which fire authorities say was caused by lightning.

It shows a screenshot of a cropped online news article with the headline: “Extinction Rebellion member charged with starting Green Wattle Creek bushfire”. 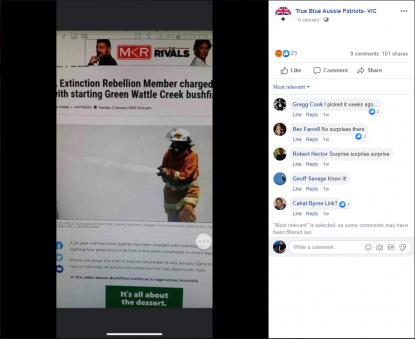 The article reads: "A 26-year old Man from Sydney has been charged with intentionally lighting four grass and scrub fires in the state's southeast in recent days. Police will allege the man lit fires on December 15 and January 1, and th[en] two on Saturday, all around the Anderson Fire Trail, Wentworth Falls."

The Green Wattle Creek bushfire is one of the many blazes that have devastated Australia in recent months. The crisis, which was exacerbated by an unprecedentedly early and intense bushfire season, has claimed at least 28 lives since September 2019, AFP reported here.

The claim is false; authorities confirmed that no one was charged in connection to the Green Wattle Creek bushfire.

“It doesn't look like we have any records to suggest charges for this particular fire," a New South Wales Police spokesperson told AFP in an email on January 15, 2020.

A New South Wales Rural Fire Service spokesperson added in an email to AFP that "lightning is listed as the cause" of the fire.

AFP also determined that the purported image of the news article was doctored.

A Google search of the text in the article led to a this article by 7 News, an Australian news outlet, which reported on an arrest made in connection to a different bushfire.

The article's byline, citation, timestamp, header image and photo credit are identical to those seen in the doctored image.

Below is a screenshot comparison of the image in the misleading post (L) and the 7 News story (R): 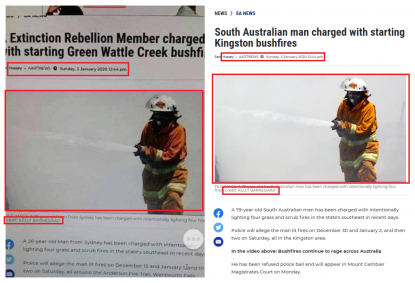 However, the headline and the text have been manipulated. Certain details, such as the suspect’s age and hometown and the location of the bushfires, were altered or omitted.

Below is a comparison of the text in the misleading Facebook post (above) and the 7 News report (below):