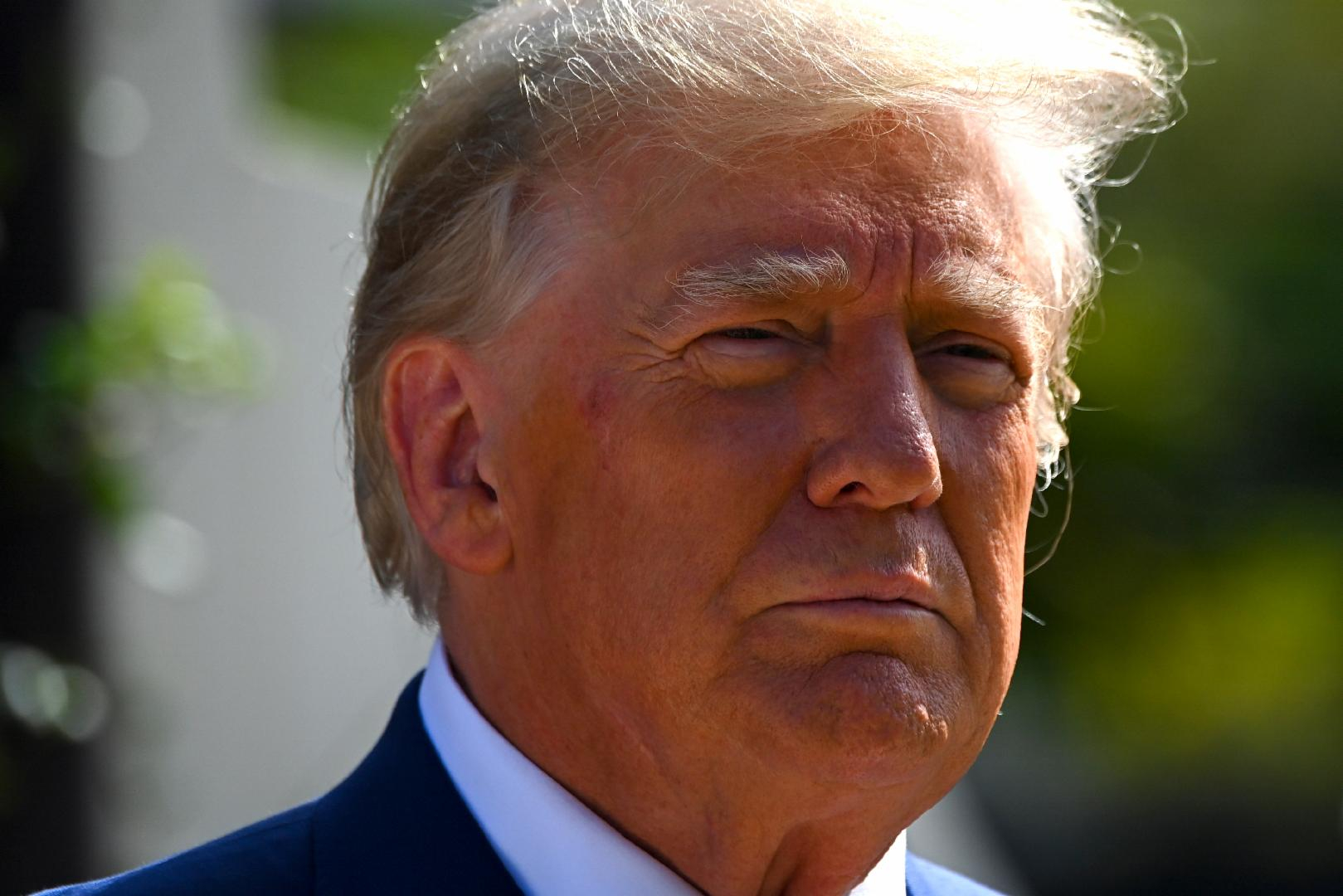 Former US president Donald Trump speaks to the media after voting in the midterm elections at Morton and Barbara Mandel Recreation Center in Palm Beach, Florida, on November 8, 2022 ( AFP / Eva Marie UZCATEGUI)

In a series of posts on his Truth Social platform, Donald Trump on November 8, 2022 claimed midterm elections were being stolen from Republicans, accusing vote officials of enabling fraud. The allegations do not stand up; despite some isolated problems at several polling sites, voting proceeded.

Trump was not on the ballot, but a Republican victory in the midterms was expected to hasten an announcement that he intends to run for the White House again in 2024. After his election day statements, however, Republicans polled weaker than expected. Results are expected to leave the party with a slim majority in the House of Representatives. With no clear winner of a Senate seat in Georgia requiring a runoff on December 6, the upper chamber of Congress could be in the balance for at least a month. 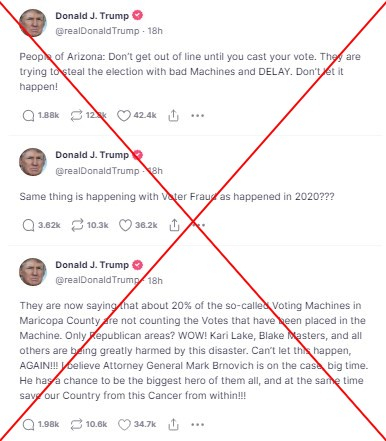 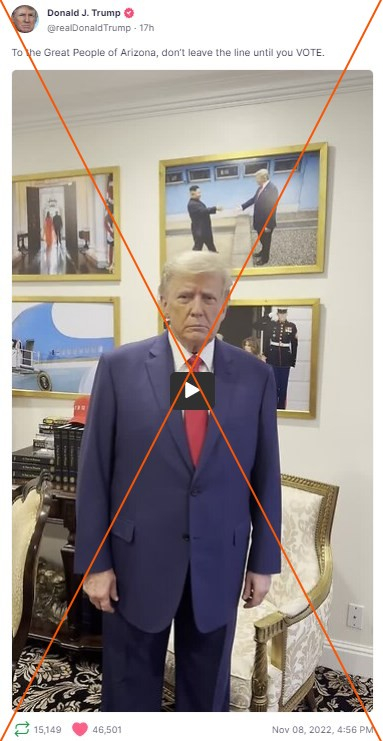 Screenshot taken on November 9, 2022 of a video posted by Donald Trump on Truth Social

Early on election day, officials in Maricopa County, which includes Phoenix, said about 20 percent of 223 polling stations there were experiencing difficulties, but insisted it would not affect the probity of the poll.

The problems, however, fed rancor online, with a tweet from Trump acolyte and Turning Point USA founder Charlie Kirk claiming a "2 hour wait minimum at most polling places in Maricopa." That claim preceded Trump's remarks about alleged delays.

In response, Maricopa County on its official Twitter account uploaded a screenshot of Kirk's tweet and said: "No part of the tweet below is accurate. The vast majority of Vote Centers are seeing wait times under 30 minutes."

Regarding problems with machines, the county added: "Whether by tabulator or secure ballot box, all voters are being served."

The Maricopa County Elections Department also weighed in, tweeting: "Right now, 111 polling locations have no wait times." The department included a link to voting locations to try and direct citizens to sites without wait times.

Shortly before his video, Trump posted: "They are trying to steal the election with bad Machines and DELAY. Don't let it happen!"

The claim of a stolen election echoes what Trump said in 2020, when he lost the presidency to Joe Biden. Dozens of court cases in which Trump and other Republicans alleged fraud were thrown out in the months that followed his loss.

On Tuesday, a Maricopa County judge denied a request from Republican candidates and groups, including the Republican National Committee, to extend polling hours in response to the problems with voting machines, saying he had not seen evidence that citizens were precluded from voting.

Using the words "complete Voter Integrity DISASTER" and citing Detroit and Pennsylvania, Trump said irregularities were "not being covered by the Fake News Media!"

In relation to Detroit, the claim relates to e-pollbooks, which are used to confirm by poll workers that a voter is registered and has not been issued or has not cast an absentee ballot.

Trump posted: "The Absentee Ballot situation in Detroit is REALLY BAD. People are showing up to Vote only to be told, 'sorry, you have already voted.' This is happening in large numbers, elsewhere as well. Protest, Protest, Protest!"

In response, the Michigan Department of State said in a statement that "in a few instances this morning upon checking in a voter" error messages had been displayed when reconciling a hand ballot with an absentee ballot already issued, but the issue had been fixed on site. "In all circumstances, eligible voters were able to vote," the statement added.

For weeks, officials in Pennsylvania -- which does not allow mail-in ballots to be processed before Election Day -- have said a result would take longer to tabulate. Trump however posted: "Pennsylvania just announced that it could take days to determine the winner. This is outrageous!"

Despite those fears of a delayed result, US television networks called Pennsylvania's US Senate race in favor of John Fetterman, saying in the early hours of November 9 that he had defeated Mehmet Oz, a Dr and television host, who Trump had supported.