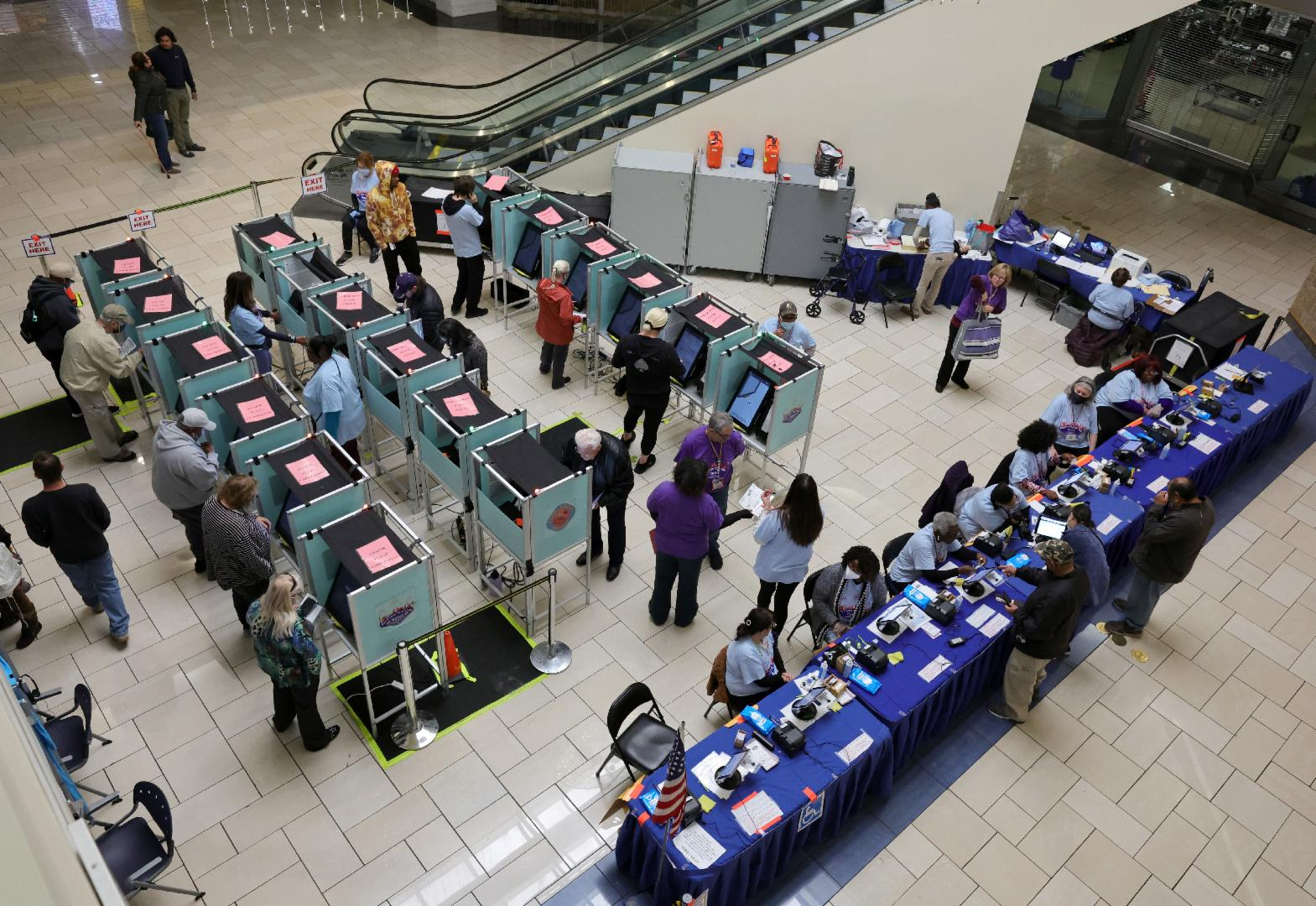 Social media posts claim wireless internet near polling sites in the US midterm elections is evidence of malfeasance. This is misleading; most voting machines are unable to connect to Wi-Fi, experts say -- and the presence of such networks is not indicative of wrongdoing.

The post continues: "If you find any new wifi networks that do not belong, please email your County and State Board Elections with the name of the wifi network. Ask them to investigate ... Our voting machines are not suppose to be connected to the internet." 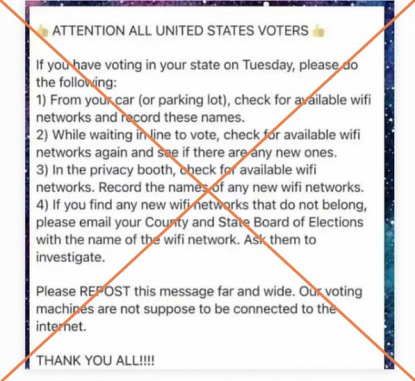 Similar calls to action circulated on Facebook and Twitter before Americans went to the polls on November 8. The posts echo false claims from the 2020 US presidential election that Wi-Fi at polling locations meant voting machines were connected to the internet and therefore susceptible to hacking.

But most voting machines do not have this capability, experts told AFP -- and a Wi-Fi connection alone is not a sign of election rigging.

"Just because there happens to be a nearby Wi-Fi network does not mean that a voting machine is connected to it. That is not how any machine would work even if it had networking capability. Polling places are public locations that are going to have Wi-Fi for lots of innocent and necessary reasons," said Damon Hewitt, president and executive director of the Lawyers' Committee for Civil Rights Under Law.

Andrew Appel, a computer science professor at Princeton University agreed. "The presence of a Wi-Fi network does not indicate that the voting machines themselves are connected to it, or even have the ability to connect to it."

He added: "Before being suspicious of a particular Wi-Fi network in a particular polling place, one should at least know, 'What model of voting machine is it?'"

Appel said some states allow for voting technology that is compatible with cellular modems, often to send unoffical election results after all voting has ended.

Katina Granger, a spokeswoman for Election Systems & Software, said: "These modems do not connect to the public internet, but rather rely on secure, private network configurations specifically designed for high-security applications."

According to Verified Voting, a non-partisan group that promotes the responsible use of technology in elections, the states that allow "modeming" or voting systems with networking configurations include: Florida, Illinois, Indiana, Iowa, Michigan, Minnesota, Rhode Island, Wisconsin and the District of Columbia.

Aurora Matthews, a Verified Voting spokesperson, called the claims online "disinformation that has the potential to create confusion for election officials and voters."

In many states, polling locations use Wi-Fi to access electronic poll books to verify voter eligibility. But such devices "are not voting equipment," Matthews said.

"They are check-in equipment, and scanners may modem results but they are not voting equipment -- so a hacker can't change votes but at most disrupt result transfer or check-in process," she said.

Other non-partisan groups, including the OSET Institute's Trust the Vote Project, also refuted the rumors on Twitter.