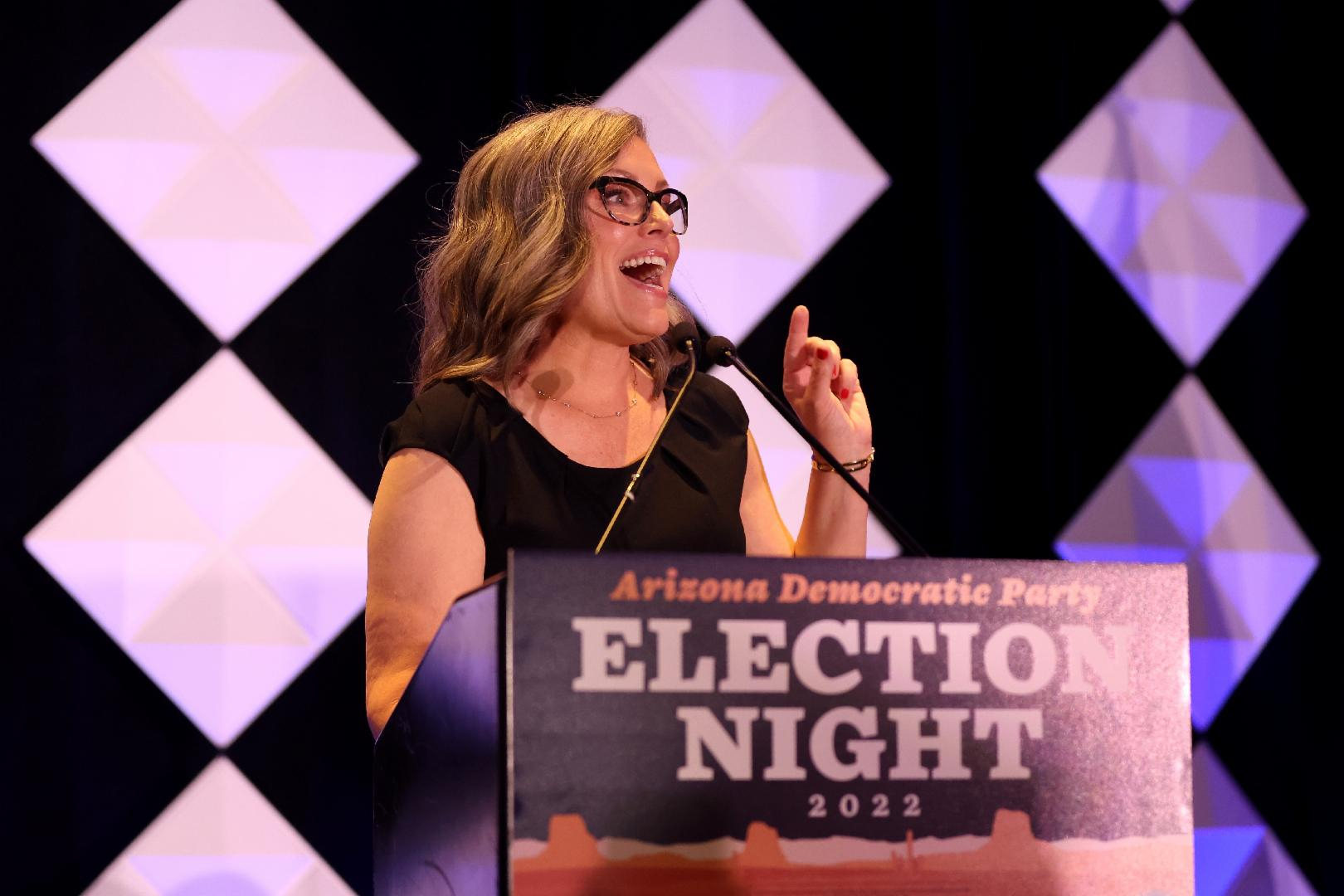 IRS did not donate to Democratic governor candidate in Arizona

Social media users claim Katie Hobbs, Arizona's secretary of state and a Democratic candidate for governor, received a donation from the US Internal Revenue Service (IRS). This is misleading; the agency cannot contribute to political campaigns, and a spokesperson for Hobbs told AFP the figure cited online is a payroll tax refund.

"According to Katie Hobbs' campaign contributions page, she's getting donations from the Internal Revenue Service. Correct me if I'm wrong, but shouldn't it be illegal for the IRS to use our money to support a political candidate?" says an October 26, 2022 tweet with thousands of likes. 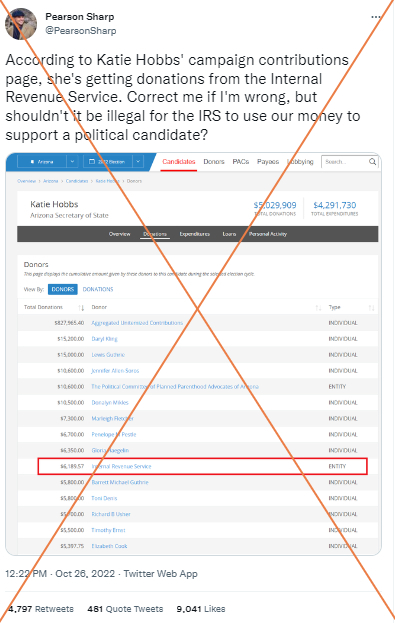 The tweet, posted by far-right One America News Network host Pearson Sharp, shares an image of what appears to be a list of contributions to Hobbs's campaign. A $6,189 transaction from the IRS is highlighted.

The claim also circulated on Instagram in the days leading up to Hobbs's faceoff with Republican Kari Lake, a former television anchor who has backed former US president Donald Trump's baseless claims of election fraud. As of 1900 GMT, a winner in the Arizona governor's race had not yet been declared.

But the posts about Hobbs are misleading, AFP found.

There is a $6,189 transaction from the IRS to the Hobbs campaign listed in a database maintained by Transparency USA, a non-partisan organization that collects state campaign finance data. But it is not a political contribution.

Karen Connelly, a spokesperson for the IRS, told AFP the agency could "not comment on any specific taxpayer situation due to federal privacy laws." However, as a government entity, "it does not contribute to political campaigns in any way, shape or form," she said.

"Keep in mind there are a number of reasons why an organization could have a financial or filing interaction with the IRS to meet obligations under federal law," Connelly said -- including a refund for overpaid taxes.

A Hobbs campaign staffer confirmed to AFP the transaction shared online was the result of a payroll tax issue. The campaign paid more quarterly taxes than were due, resulting in a refund from the IRS.

Sophia Solis, deputy communications director for the Arizona secretary of state's office, also told AFP by email that the transaction is "listed as 'non-contribution' income."

"The IRS isn't recorded as contributing to a campaign, which the online messages are misunderstanding," Solis said.

Emma Steiner, a disinformation analyst for the non-profit Common Cause, added: "It is common to use donor data in negative campaigning to raise questions about the opponent."