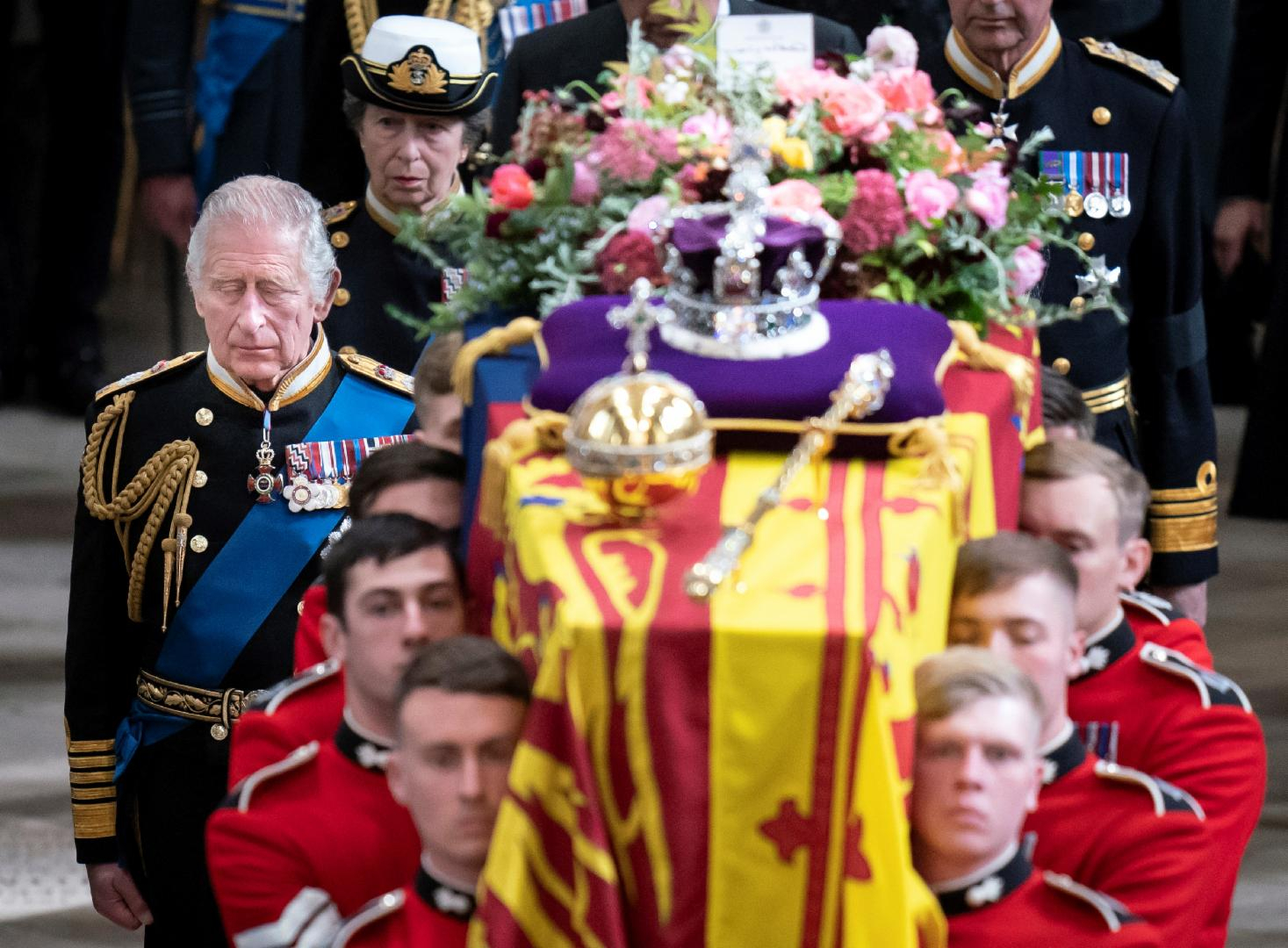 King Charles III and members of the royal family follow the coffin of Queen Elizabeth II as it is carried out of Westminster Abbey after her State Funeral on September 19, 2022 ( POOL / AFP / Danny Lawson)

Social media users are claiming a video shows a protester interrupting Queen Elizabeth II's September 19, 2022 funeral. This is false; the clip comes from a 2007 BBC broadcast about a demonstrator who spoke out during a ceremony commemorating the abolition of the slave trade in the British Empire.

"Queen Elizabeth’s funeral service was disrupted by an African demanding an apology for Britain role in the slave trade," says a September 20, 2022 tweet sharing the video, which drew more than 52,000 views.

The 30-second clip shows a Black man standing up and shouting during a ceremony at Westminster Abbey in London. As security escorts him out, the protester says: "You are a disgrace!"

A voiceover narrating what happened says: "The service came to a halt. The congregation watched as, still standing a few yards from the queen, the protester Toyin Agbetu demanded that Britain issue a formal apology for its part in the slave trade."

"Not the day of the funeral," says text in a version of the video shared September 21 on Facebook. 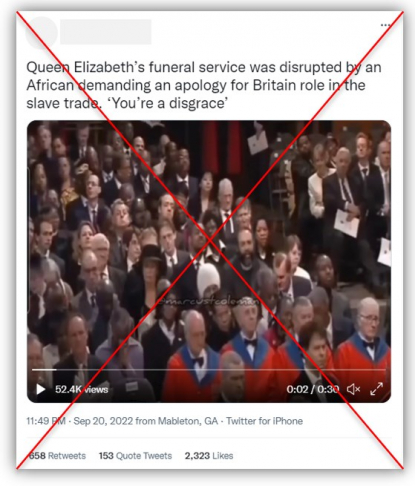 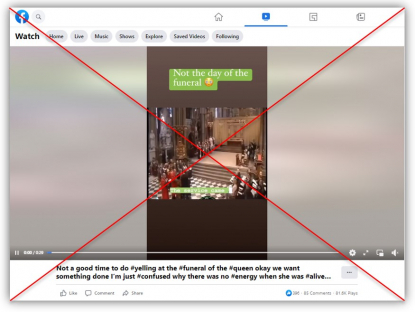 Similar posts spread across social media -- including on TikTok, where one clip received more than 3.6 million views.

But the video shared online does not show the service -- it depicts an incident that took place more than 15 years earlier.

Reverse image and keyword searches reveal the video is a snippet from a BBC report in which Nicholas Witchell, a correspondent covering the royal family, described a disruption during a March 27, 2007 ceremony at Westminster Abbey. The event marked the 200th anniversary of the British Empire's abolition of the slave trade.

"During the event, the lack of contrition, focus on African freedom fighters and a celebratory tone regarding Britain’s role in 'abolition' meant I felt compelled to make my opposition to the proceedings known as I opted to leave the ceremony," Toyin Agbetu, the human rights activist seen in the video, told AFP in an email.

The photo below shows the queen seated in the background during the incident. 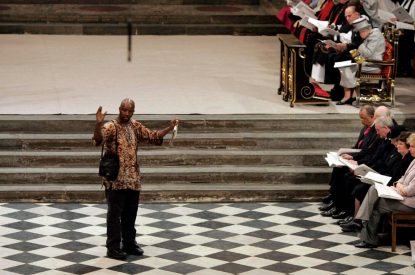 Protester Toyin Agbetu disrupts a service to mark the bicentenary of the 1807 act to abolish the slave trade at Westminster Abbey in London March 27, 2007 ( POOL / FILE / AFP / / Stephen Hird)

The BBC Press Office and Witchell separately confirmed to AFP that the video of Agbetu is an old clip unrelated to the queen's funeral.

"That is my voice on my report for BBC News about the protest at the 2007 service at Westminster Abbey marking the 200th anniversary of the Abolition of the Slave Trade Act," Witchell said in an email. "I was at the Abbey doing the BBC radio commentary of the service and remember the incident quite clearly."

"To suggest that this shows a 'protest during Queen Elizabeth’s funeral' is preposterous and utterly wrong."

A documentary film created by Ligali, the nonprofit advocacy organization Agbetu founded, includes a longer clip of the confrontation and the activist's subsequent arrest. Agbetu described his perspective in a 2007 article published by the Guardian.

Footage of the queen's state funeral shows no such interruption.

AFP has debunked other misinformation about the queen's death here, here, here and here.