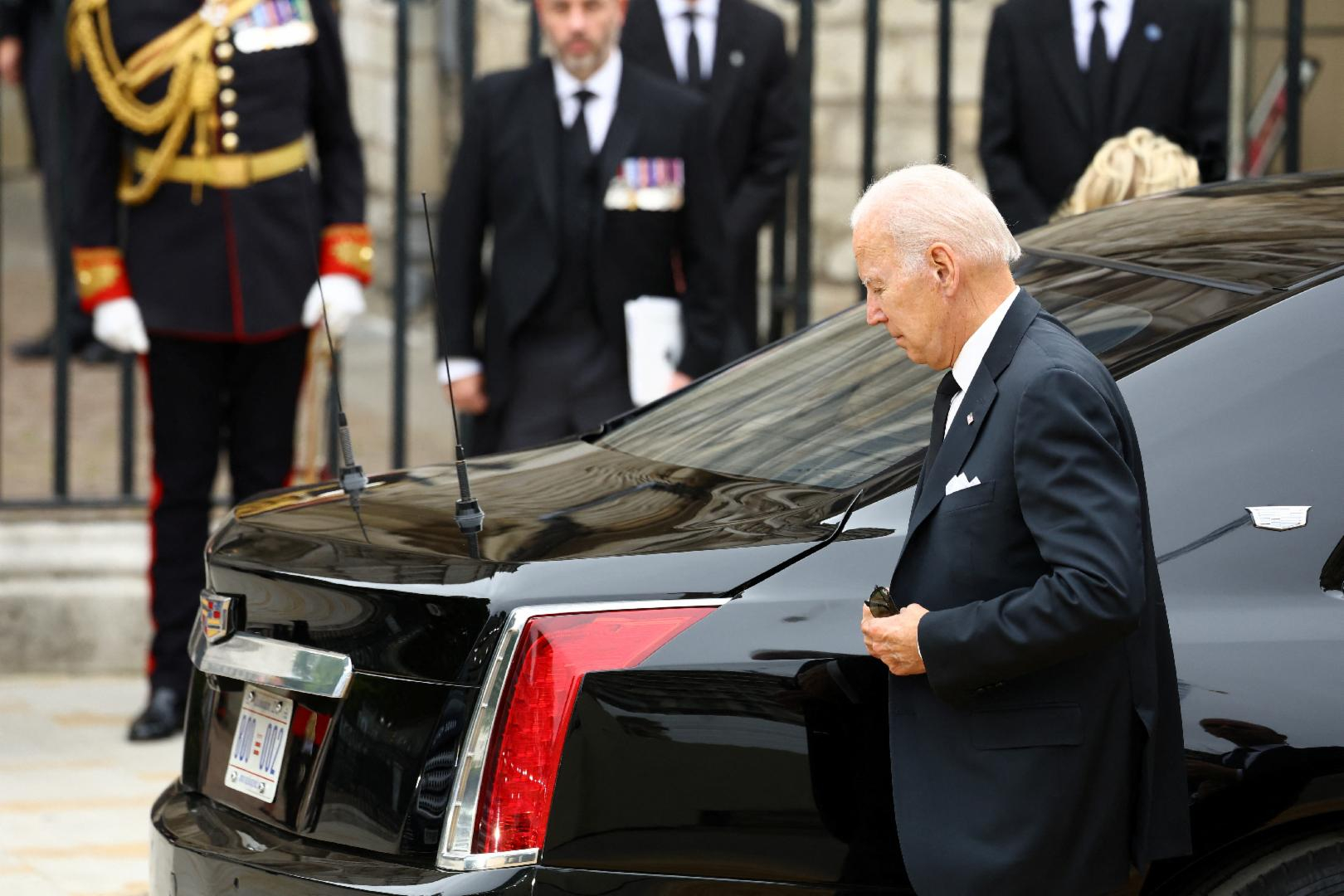 A video shared widely on social media appears to show a crowd chanting "Let's go Brandon" at Joe Biden's motorcade in London, where the US president attended Queen Elizabeth II's funeral. But the clip's audio has been manipulated; the original footage features no such heckling.

The clip appears to show a London crowd shouting an anti-Biden chant as the US president's limousine drives in traffic toward Westminster Abbey for the funeral of Queen Elizabeth II on September 19, 2022. The monarch died September 8 at Balmoral, her Scottish Highland retreat, at age 96.

Other posts sharing the video circulated on Facebook, Twitter and YouTube. The clip also spread on fringe platforms such as Gab, Rumble and Telegram, where some accounts associated with the QAnon conspiracy theory shared it. 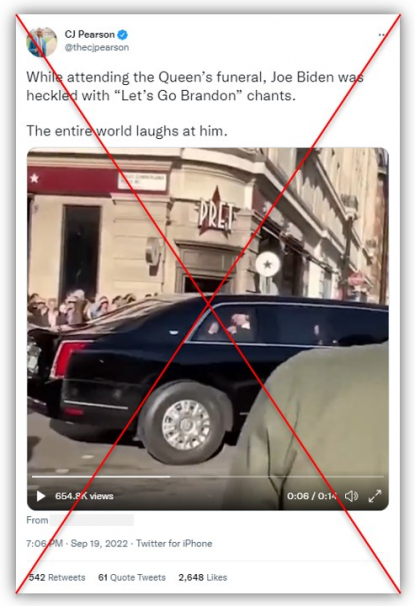 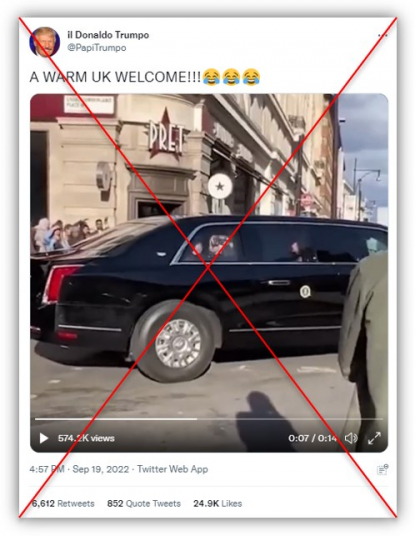 But the video of Biden in London has been altered; the original footage does not include a "Let's go Brandon" chant.

American President comes to a standstill in London traffic near Marble Arch. Might as well have taken the bus. pic.twitter.com/lJ2nNE5kC9

Armitage confirmed in an email to AFP that he filmed the video, and that the version circulating online has "audio manipulation."

"It's a total fabrication," Armitage said.

Several news outlets, including the Evening Standard and Daily Mail, have published the unedited clip. It is unclear where the "Let's go Brandon" audio originated.

AFP has debunked other misinformation about the slogan here.