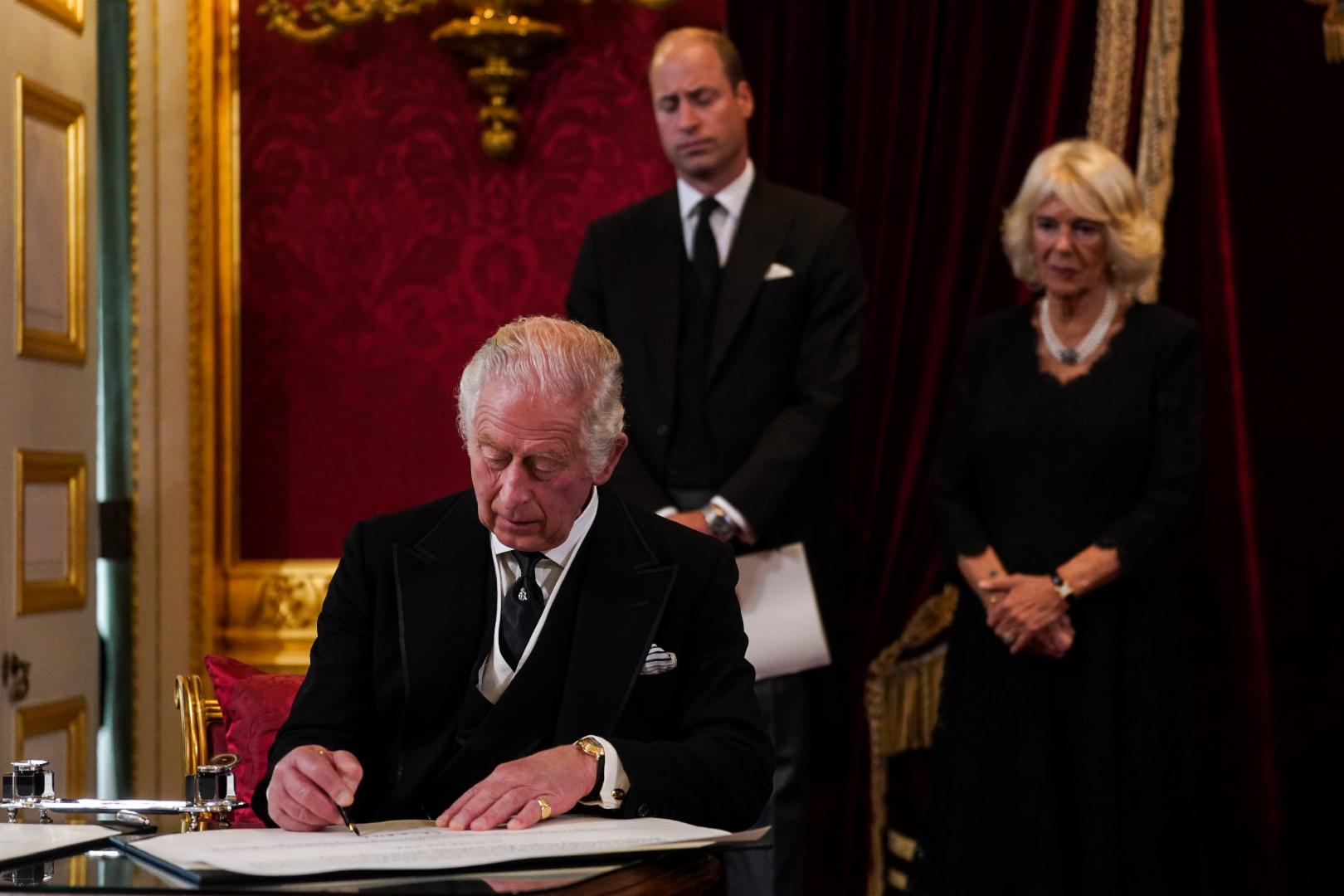 Britain's King Charles III (seated) signs an oath to uphold the security of the Church of Scotland, as Prince William (C) and Camilla, Queen Consort (R) look on, during a meeting of the Accession Council inside St James's Palace in London on September 10, 2022 ( POOL / AFP / Victoria Jones)

Online posts claim King Charles III signed a proclamation declaring Donald Trump winner of the 2020 US election and threatening war if President Joe Biden does not leave the White House. This is false; the image shared shows the English monarch signing an oath to uphold the security of the Church of Scotland.

"King Charles III signs a proclamation stating that Donald Trump won the 2020 Presidential election and is the rightful President by Law. Warns Biden and Kamala to vacate the premises within 48 hours or a state of war will exist between America and England," a September 10, 2022 tweet claims. 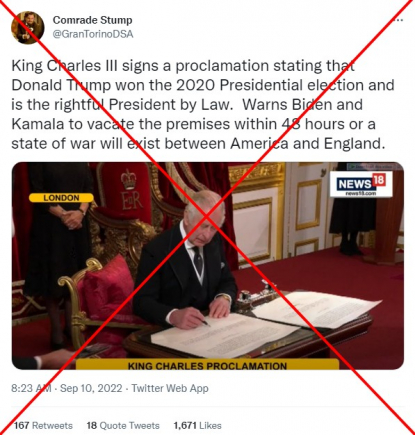 The claim, which appeared in QAnon Telegram channels, was also shared on Instagram and Facebook, including in Korean.

But claims made online about the new king's proclamation about Trump are false.

A reverse image search found that the screenshots shared were sourced from live footage of King Charles III signing the proclamation to uphold the security of the Church of Scotland, formally announcing his role as head of state during a ceremony at St James's Palace on September 10, 2022.

AFP found no credible media reports of King Charles declaring war on the US, adding this to the numerous false claims on social media inspired by the queen's death.

Additional images found on Telegram made it appear that the note placed in the bouquet atop the queen's casket said: "Trump won 2020."

Official photos show the image of the floral arrangement's card was digitally altered.

In actuality, the note, handwritten by King Charles, says: "In loving and devoted memory, Charles R." 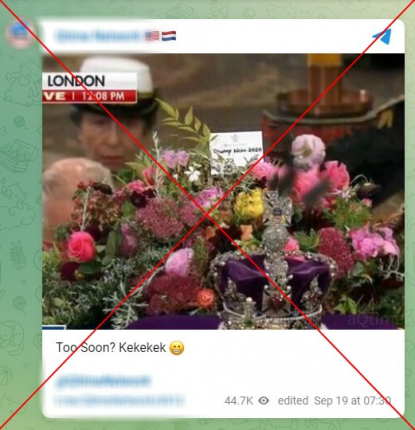 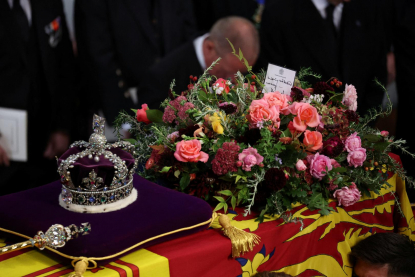 The coffin of Queen Elizabeth II is carried out of Westminster Abbey, during her state funeral held in London on September 19, 2022 ( POOL / AFP / Phil Noble)

The official results of the 2020 US presidential election on Federal Election Commission website show Biden with 81,268,924 votes to Trump's 74,216,154 votes. The Electoral College result which determines the winner showed Biden with 306 electoral votes to 232 for Trump.

Dozens of false and misleading claims about the US election have been debunked by AFP here.