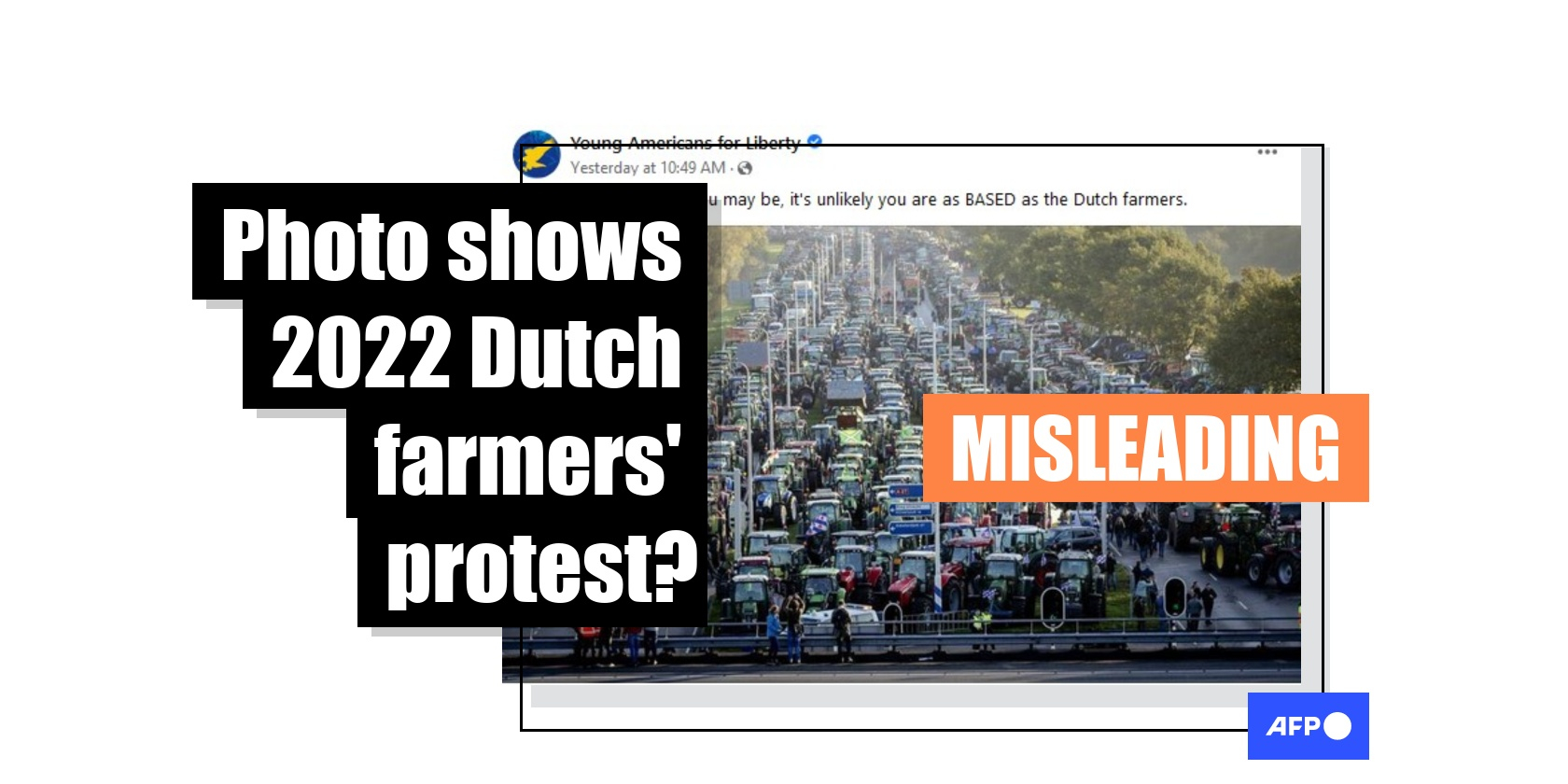 Social media posts share a picture of a road blockade and claim it shows a farmers' protest against new environmental regulations in 2022. This is misleading; while the photo is authentic, it depicts a similar farmers' protest that took place years earlier. 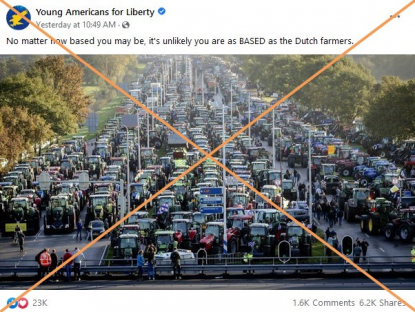 The same picture showing tractors blocking a highway has also been shared tens of thousands of times on Twitter. It previously circulated in German posts, which AFP debunked.

The image spread as thousands of tractor-driving farmers demonstrated in central Netherlands in June 2022, causing widespread traffic chaos as they protested against the government's far-reaching plans to cut nitrogen emissions.

The Dutch government plans to cut nitrogen, a greenhouse gas, by as much as 70 percent in 131 key areas -- many of them close to nature reserves -- to reach climate goals by 2030.

For farmers, a 40 percent drop in emissions is expected, which would require around 30 percent fewer cattle, according to reports.

But the photo recently shared to express support for the farmers was taken during another protest that took place in 2019.

In late 2019, farmers drove to various cities in the Netherlands to protest environmental regulations aimed at reducing nitrogen emissions.

A reverse image search revealed the photo circulating online was used in local news articles at the time. The stories credit the picture to the Dutch news agency ANP.

The agency illustrated a December 2019 blog post about the protests with the same picture, attributed to photographer Robin van Lonkhuijsen. 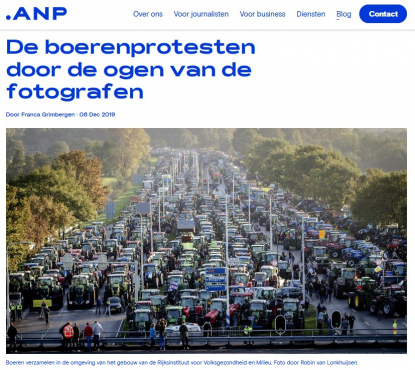 More pictures of the event, which van Lonkhuijsen shot on October 16, 2019, are on ANP's website.

Other posts claim the photo shows farmers who were inspired by truckers protesting Covid-19 vaccine mandates in Canada. AFP has previously fact-checked a similar claim.