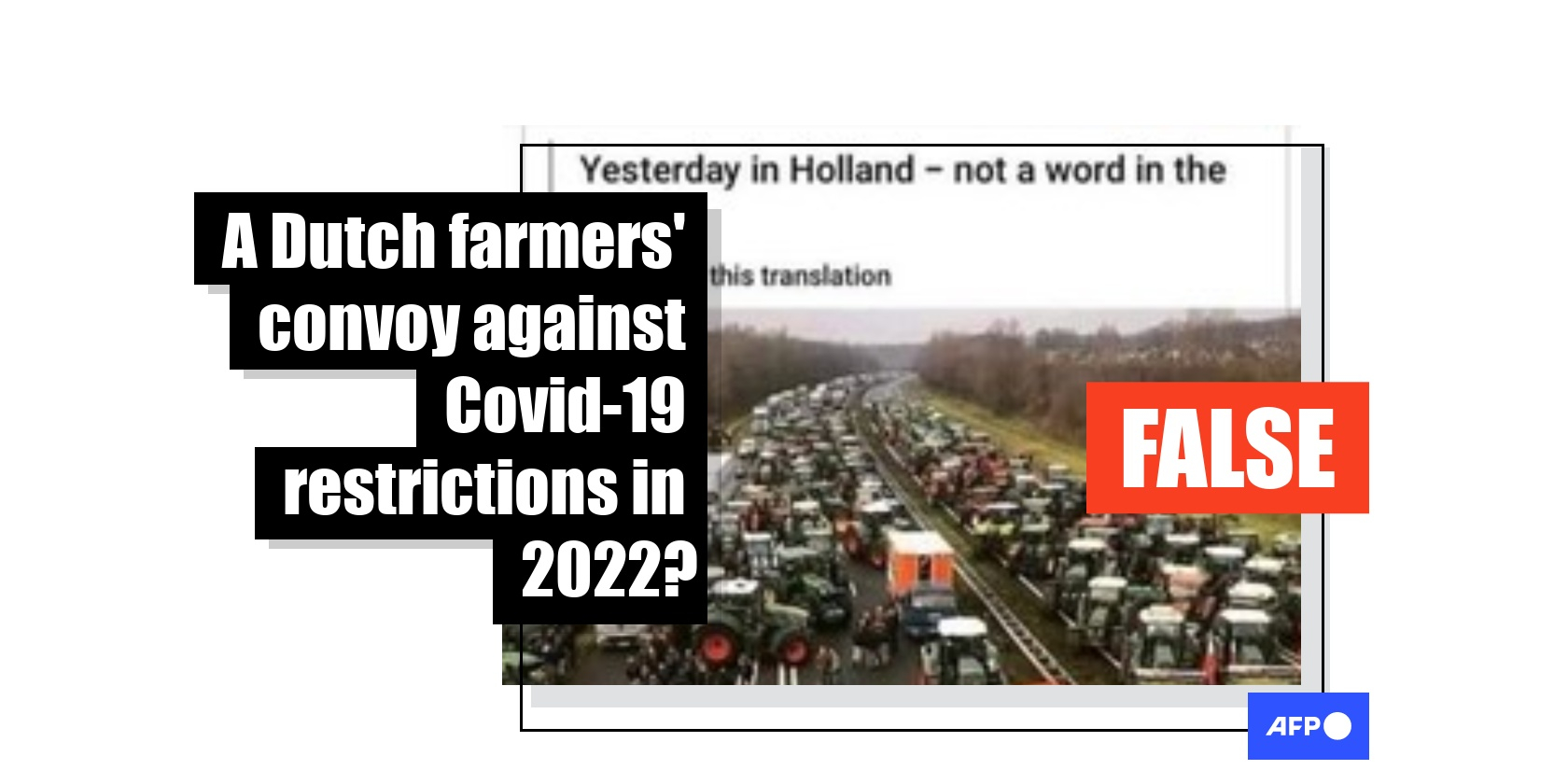 Social media posts feature a photo of tractors blocking a highway and claim that it shows a convoy in the Netherlands inspired by truckers protesting Covid-19 vaccine mandates in Canada. This is false; the photo appeared online in a 2019 article about farmers protesting enviromental regulations before the pandemic started.

"When a country comes together like Canada has, it inspires others to do the same," says a February 1, 2022 Facebook post sharing a picture of tractors and protesters on a highway. Its caption reads: "Yesterday in Holland - not a word in the media." 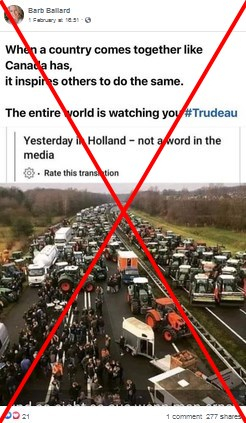 The same picture has been shared hundreds of times on Facebook.

A convoy of hundreds of truckers left the Canadian province of British Columbia, heading eastward to Ottawa to protest a Covid-19 vaccine mandate for cross-border truckers that took effect on January 15 in Canada and on January 22 in the United States.

On January 29 and 30, police estimated that 15,000 people protested in front of the Canadian Parliament and Ottawa Deputy Police Chief Trish Ferguson said that "a highly determined" group of protesters remained in the capitol city as of February 3.

But claiming that the photo shows a similar convoy in the Netherlands in 2022 is false.

AFP previously examined the picture (in German) in October 2021, months before the Canadian convoy headed to Ottawa.

The photo surfaced on social media, with posts falsely claiming that the tractors were protesting against Covid-19 restrictions in the Netherlands.

A reverse image search led to a December 18, 2019 article, which is no longer available online but has been archived.

The "Ruhr Nachrichten" article uses the same picture being shared on social media in 2022 and describes a Dutch farmers' protest featuring tractors, trucks and other vehicles. 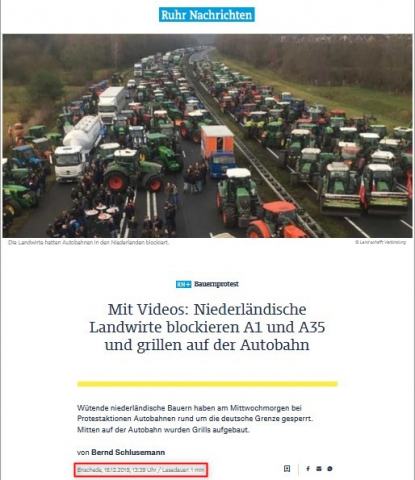 Screenshot taken on February 3, 2022, shows an archived version of an article on ruhrnachrichten.de

In late 2019, farmers drove to various cities in the Netherlands to protest against environmental regulations to reduce nitrogen emissions imposed by the Dutch government.

A post in German from December 2019, including the same image and caption, had been shared tens of thousands of times.

Canada's "Freedom Convoy" has sparked other misinformation on social media including posts sharing this photo and this video out of context, and false claims that the crowd in Ottawa included millions of people.