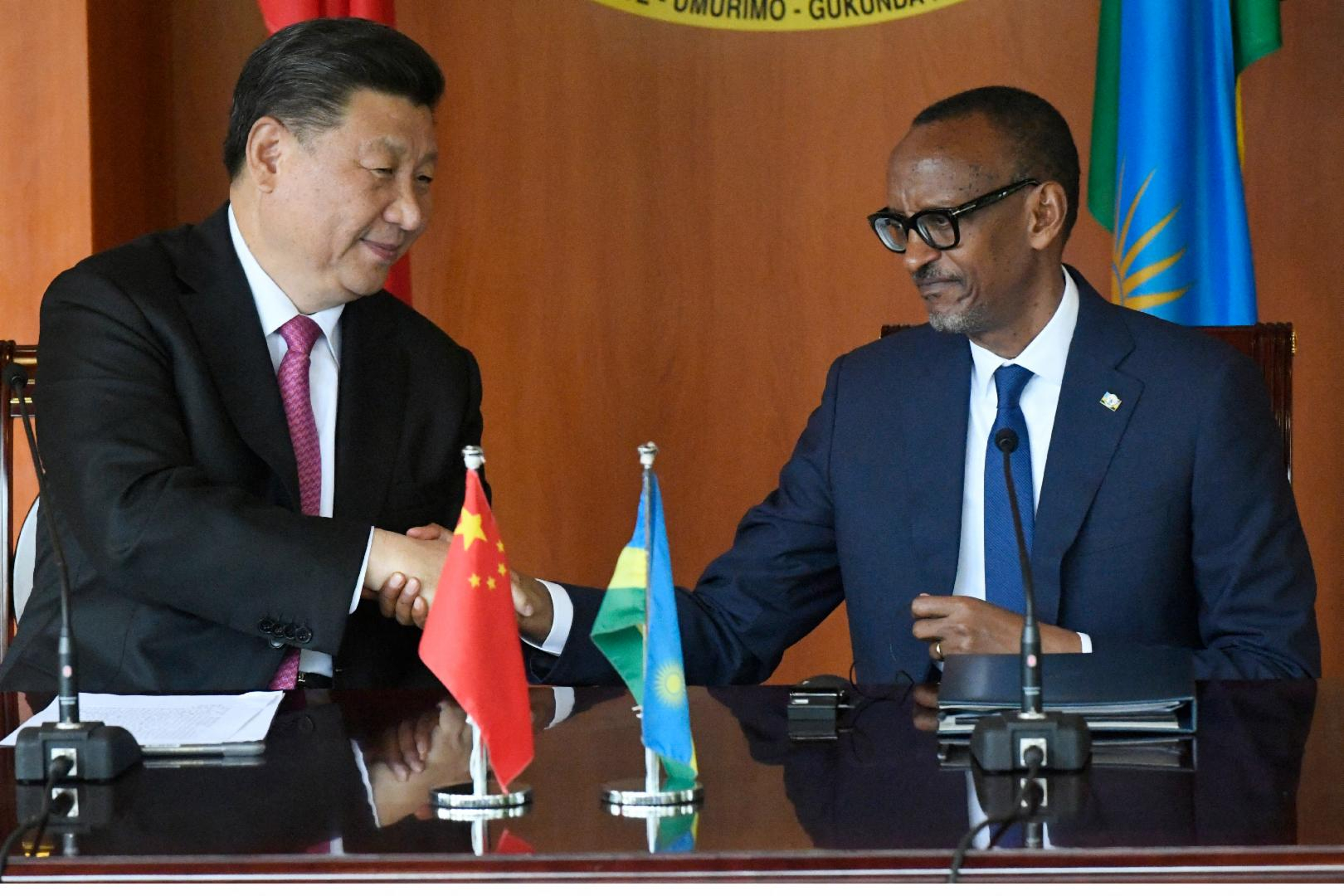 An old rumour purporting that Rwandan President Paul Kagame ordered the deportation of Chinese nationals for mistreating local workers has resurfaced online. But this is a false claim that AFP Fact Check has already debunked in the past. Both the Chinese and Rwandan governments previously dismissed the claim in 2020. Two years later, there is still no evidence supporting this claim, and both governments again denied it.

The post, which claims to quote a speech from Kagame, purports that the foreigners were “found guilty of mistreating Rwandan workers and grabbing land”. 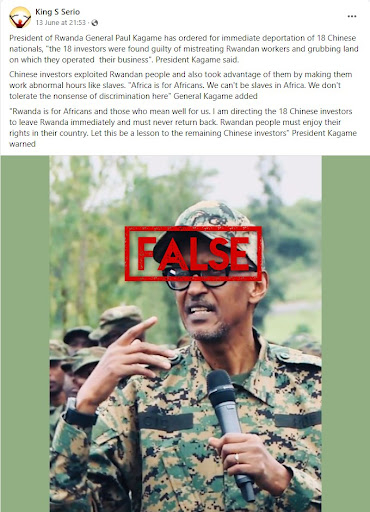 Additionally, South African news site IOL published a report based on the claim headlined: “Here’s why Rwanda’s president ordered for the immediate deportation of 18 Chinese nationals”.

The claim resurfaced online on the day the BBC released the documentary "Racism for Sale", which exposed how a Chinese syndicate of content creators in Malawi filmed black children who were forced to chant racial slurs against black people in Chinese.

However, there is no evidence to support the deportation claim that has resurfaced on social media.

“This is fake news. Didn’t happen,” Makolo said in a tweet, replying to an online user questioned the authenticity of the claim.

Furthermore, Hudson Wang, the Economic and Commercial Chancellor of the Chinese Embassy in Rwanda, noted on Twitter that the claim “is purely a repetition of the same rumour”.

1/3 Over the past days there came a wave of rumors that 18 Chinese investors deported for mistreating locals. It is purely a repetition of the same rumor three years. And it has been denied by Rwandan Govn. spokesperson immediately. https://t.co/UTYwJU3oAl

Both the Rwandan and the Chinese governments previously denied the same claim when it appeared in 2020 and again in 2021.

The Chinese Embassy in Rwanda told AFP Fact Check that the two countries “are committed to deepening their bilateral cooperation and bring more benefits to the Chinese and Rwandan people”.

Reports of Chinese nationals mistreating local workers in Africa are not new. Kenya’s interior minister has previously ordered the deportation of four Chinese nationals accused of assaulting a Kenyan restaurant worker in 2020. The scene, which was captured on video, caused outrage on social media.

In April 2022, a Chinese national was sentenced to 20 years in jail for torturing local mineworkers in Rwanda after a video showing him whipping a man tied to a post went viral on social media.