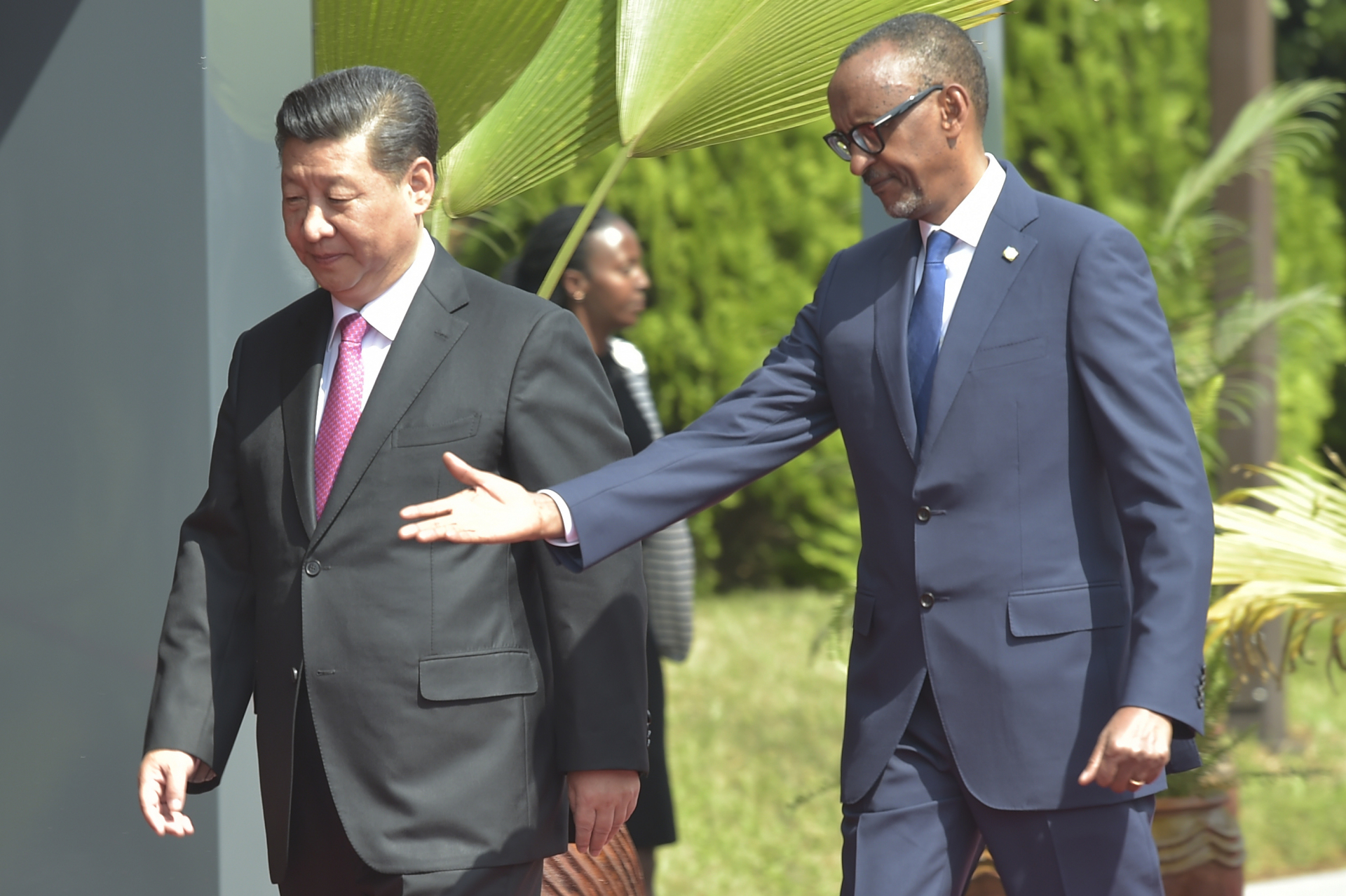 Posts claiming that Rwandan President Paul Kagame ordered the deportation of  Chinese nationals for mistreating Rwandan workers have been shared hundreds of times on Facebook. However, there is no public record of such an order, and representatives of both the Rwandan and Chinese governments said this never happened.

According to a Facebook post published by a page called “CNN Zambia”, 18 Chinese nationals were “sent packing back to China” on May 27, 2020, after President Paul Kagame allegedly discovered that they were mistreating Rwandan workers and grabbing their land.

The post also includes a long quote attributed to Kagame, which reads, in part: “This country is for Africans and those who mean well for us. I’m instructing those 18 Chinese nationals to go back and never return back!”

The transparency section of the Facebook page reveals that it was first created on May 2, 2020, under the name Bally News, then changed to CNN Zambia on May 23, 2020. The page is not verified -- unlike others belonging to the American news channel CNN.

Similar Facebook posts were shared here and here, while on YouTube the same claim was circulated in videos here and here. 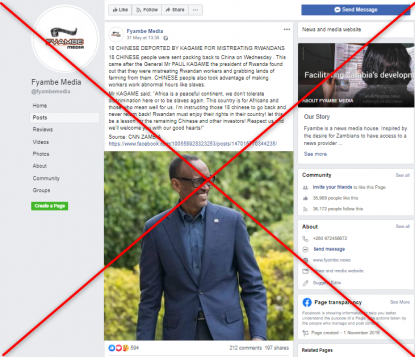 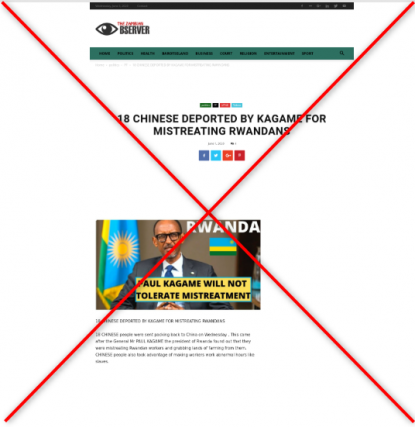 A screenshot of a false article on the Zambian Observer website, taken on June 3, 2020

There are no reports from any reputable media organisations of Kagame making such a statement. A Rwandan government spokesperson told AFP Fact Check the claim was “fake news”.

And in response to a Zimbabwean politician who tweeted the claim, Kagame's media adviser, Yolande Makolo, warned that the reports were false.

On June 3, 2020, the foreign affairs ministry also issued a statement on Twitter asking the public to ignore the claims.

"The Ministry of Foreign Affairs and International Cooperation would like to inform the public that there has been fake news circulating on various social media platforms stating that 18 Chinese citizens were expelled from Rwanda; no such thing happened. Please ignore," reads the statement.

The Chinese embassy in Rwanda confirmed to AFP Fact Check that claims about the deportation were, indeed, wrong.

“Chinese embassy didn't receive any info about this fabricated deportation. Total fake news”, a representative of the Chinese embassy in Rwanda wrote.

Reports of Chinese nationals mistreating local workers in Africa are not new. In February, Kenya’s interior minister ordered the deportation of four Chinese nationals who were accused of assaulting a Kenyan restaurant worker. The scene, which was captured on video, caused outrage on social media.