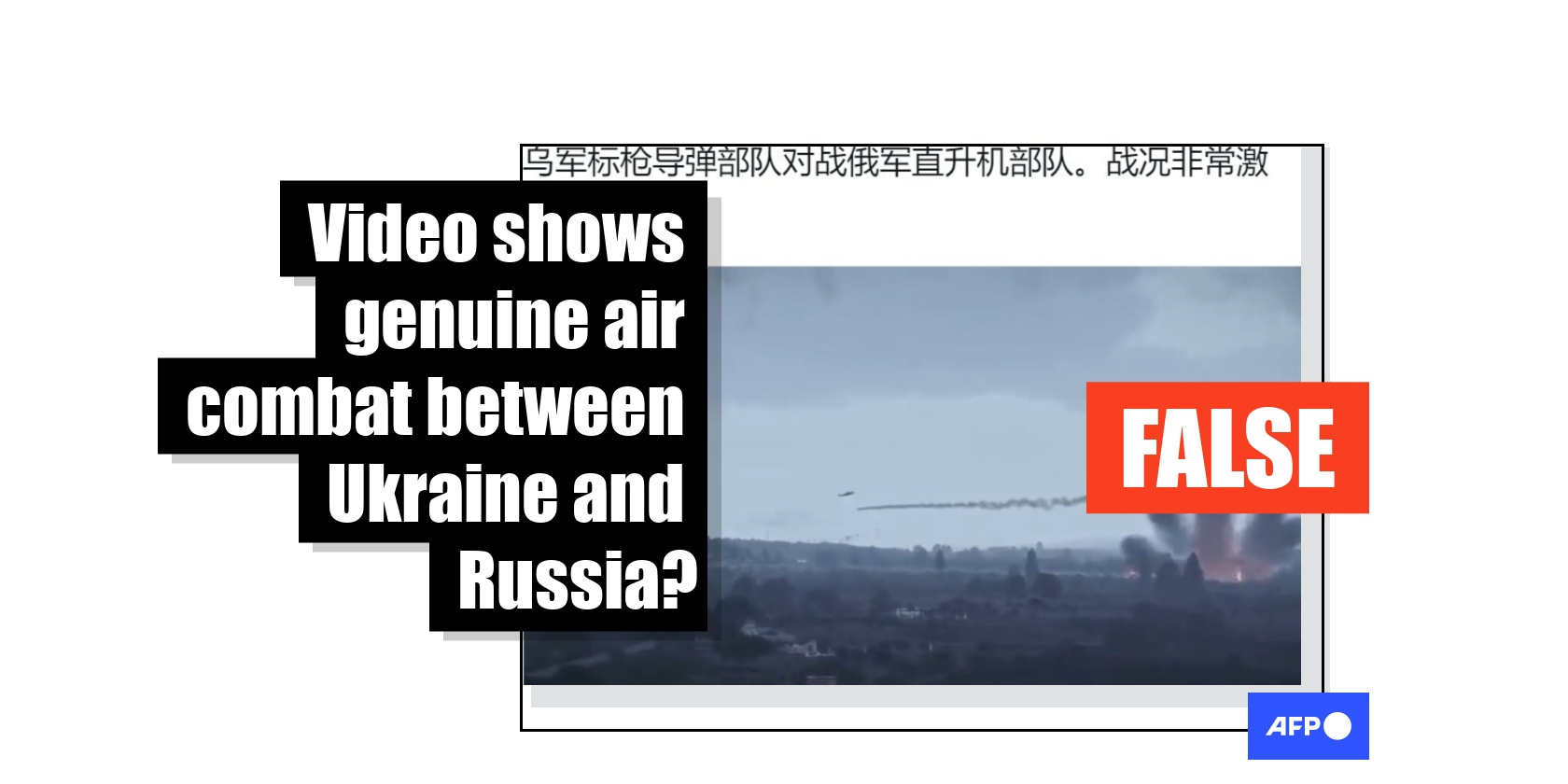 Footage that appears to show helicopters obliterated by missiles has racked up tens of thousands of views in social media posts that claim it shows combat between Russian and Ukrainian forces. While some social media users appeared to believe the clip was genuine, it was taken from war video game series Arma.

"Ukrainian Javelin missile unit against Russian helicopter unit. The battle is very fierce!" reads a tweet from May 21 written in simplified Chinese characters.

The video, which has more than 60,000 views, shows scores of missiles soaring through the sky and hitting helicopters. 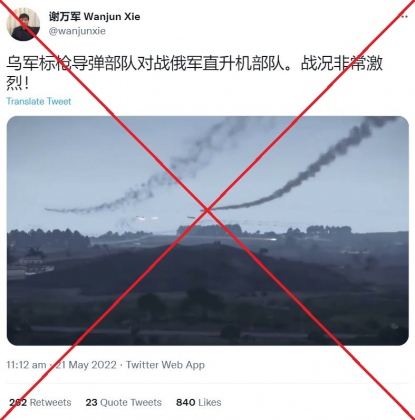 Screenshot of a tweet sharing the false claim, taken on June 6, 2022

Russia's invasion of Ukraine has prompted a wave of misinformation, including video game clips shared as genuine footage of the conflict. AFP debunked some of the most widely-viewed videos here, here and here.

"If it carries on like this, Russian people will run out of planes," one commented.

"These helicopters are there to seek their fate," another said, adding: "I don't know what the Russian army was thinking."

The video's creator says in the description that they "used ArmA 3 to create this Military Simulation".

Contacted by AFP, Pavel Křižka, PR manager of Bohemia Interactive, said: "The video was made in modded Arma game."

Below is a screenshot comparison of the video shared in one of the false posts (left) and the Arma clip uploaded to YouTube (right):