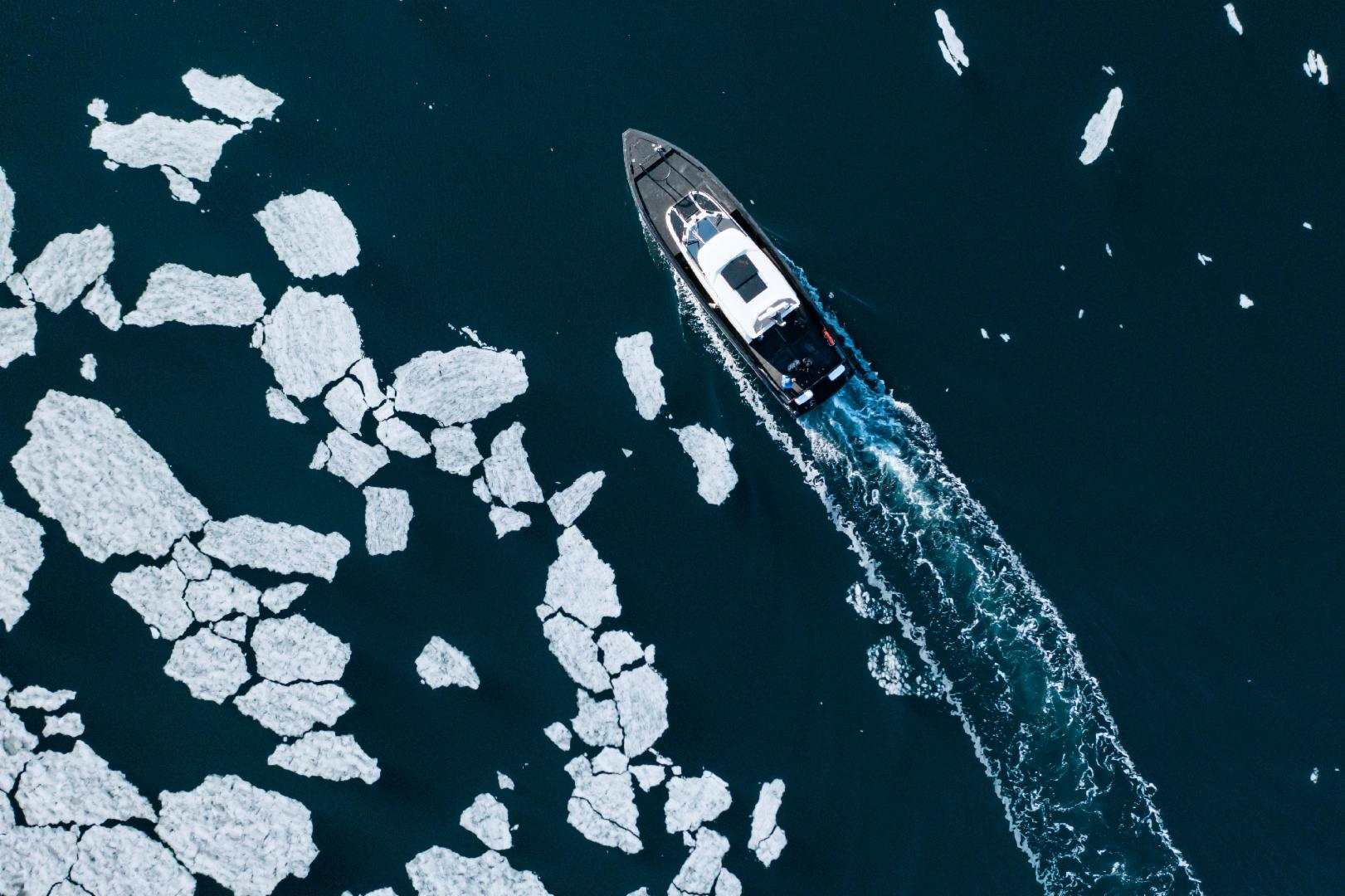 A cruise boat makes its way through the sea ice in the Svalbard Archipelago, northern Norway ( AFP / Jonathan Nackstrand)

An article shared on social media claims that satellite data shows Arctic sea ice is at a 30-year high, implying that this is evidence against human-caused climate change. But the international organization whose data the article cites says its conclusions were misinterpreted and that the long-term trend of shrinking ice is well-documented.

"Inconvenient truth for globalists: Arctic ice at 30-year high," is the headline of the article. "Data contradict connection with rising levels of CO2," it claims. 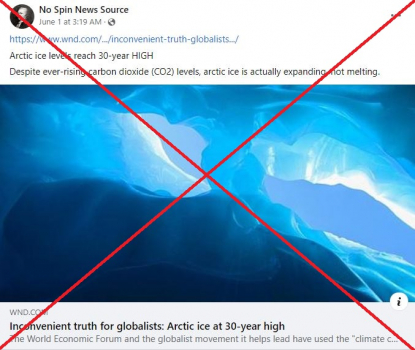 The article was reproduced on other sites and viewed thousands of times on Twitter and Reddit, according to the social media monitoring tool CrowdTangle.

The article cited the data in the context of the annual meeting in late May 2022 of the World Economic Forum (WEF). It accused the WEF of using "the 'climate crisis' and the COVID-19 pandemic as pretexts for measures to redistribute the wealth of nations." AFP has fact-checked numerous false claims about the WEF.

"The extent of Arctic ice during the warmer months long has been a metric for climate-change alarmists," the article says. "As WEF convenes its annual conference in Davos, Switzerland, the Arctic sea ice expanse so far this month is at a 30-year high, according to data from intergovernmental European Organization for the Exploitation of Meteorological Satellites" (EUMETSAT).

It attributed the finding to a post by author Tony Heller, who published graphs of data from EUMETSAT's ocean and sea ice observation satellite systems (OSI SAF). One of those graphs showed that the "ice extent loss" for May 2022 was at its lowest level since May 1989. Another showed the sea ice extent for May had risen compared to recent years to equal the level of 33 years ago. 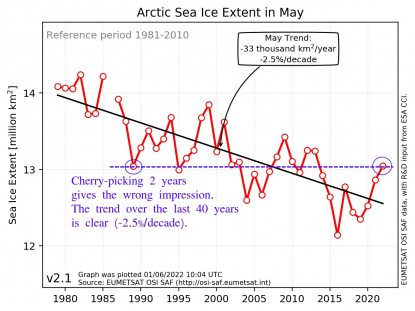 Senior scientist Thomas Lavergne of the Norwegian Meteorological Institute in Oslo, an expert working with EUMETSAT, said that the WND article "by cherry-picking those two years... gives a wrong interpretation of the OSI SAF sea-ice data."

In comments emailed to AFP, Lavergne said: "In the Arctic, the sea-ice cover (area and extent) is declining in all months" on average.

"The decline is more pronounced in summer (September) than in winter (March) as shown by several satellite products that cover the last 40 years," he added.

To measure the impact of global warming on sea ice, scientists calculate the percentage change in its extent and volume compared to the average for a reference period of 30 years -- in this case, 1981 to 2010.

"The trend in May sea-ice extent is clear," said Lavergne, citing the graph above which he said shows an average decline of 2.5 percent per decade since 1980. The two dates used by the article are circled as isolated points in a downward trend. 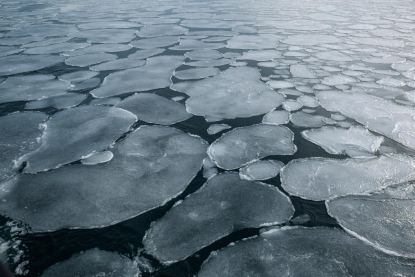 Sea ice is frozen ocean water, distinct from icebergs, ice sheets, ice shelves and glaciers. Its decline is one of the impacts documented by the United Nations Intergovernmental Panel on Climate Change (IPCC). Its report on climate change and oceans was compiled by about 100 scientists from 40 countries.

The IPCC is a frequent target of skeptics who allege it is politicized and cast doubt on its scientific credibility. Some say that, like the WEF, it is part of a globalist order seeking to curtail individual liberties. AFP has fact checked claims about the IPCC's climate reports here.

The IPCC is widely cited in the scientific community as an authoritative source on climate change and how emissions of carbon dioxide (CO2) and other greenhouse gas from burning fossil fuels are warming the planet.

"It is unequivocal that human influence has warmed the atmosphere, ocean and land," the IPCC said in its overarching 2021 climate science report. "In 2011- 2020, annual average Arctic sea ice area reached its lowest level since at least 1850."

A separate study of peer-reviewed science literature indicated a 99-percent consensus that such human-caused climate change is real.

EUMETSAT added that other parts of the article made misleading claims.

The article cited Heller as saying that the Arctic Ocean gained a record amount of sea ice in September 2021. It added that in summer 2021 "the expanse of Antarctic sea was well above average" -- an apparent reference to sea ice.

"The claim about September 2021 also seems inaccurate," Lavergne said. According to EUMETSAT's data, Arctic sea ice extent for September 2021 was the 12th lowest since records started in 1979, as shown in the graph below left. 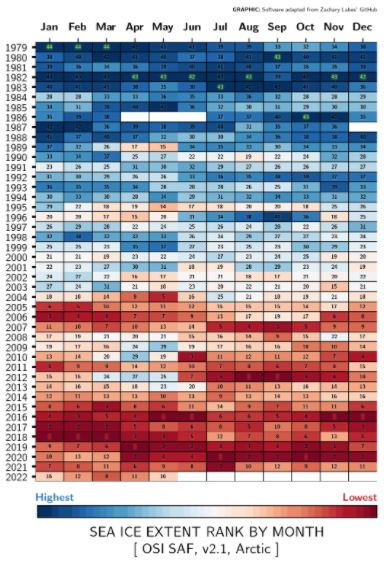 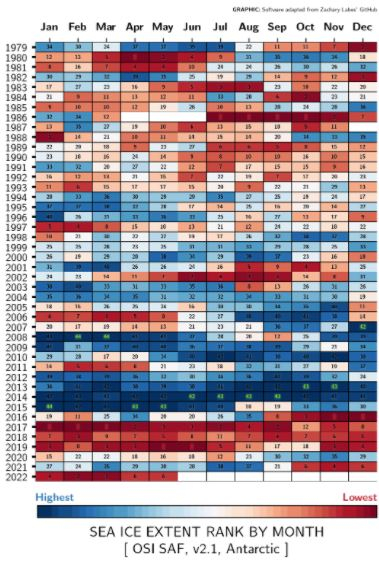 As for the Southern Ocean, "Antarctic sea ice does not see the same long-term reduction in sea-ice cover as the Arctic," Lavergne said. "There has indeed been a period of ~12 months with an extent larger than average... but the last eight months now have less sea ice than average," he added, citing the chart above right.

AFP has previously debunked other false claims about sea ice and the satellite data that are used to monitor it here.