Three images showing hundreds of wrapped and unwrapped condoms have been shared on Facebook alongside a claim they show used contraceptives being packaged in Kenya for resale. But the claim is false: the images are several years old and are linked to incidents in China and Vietnam. 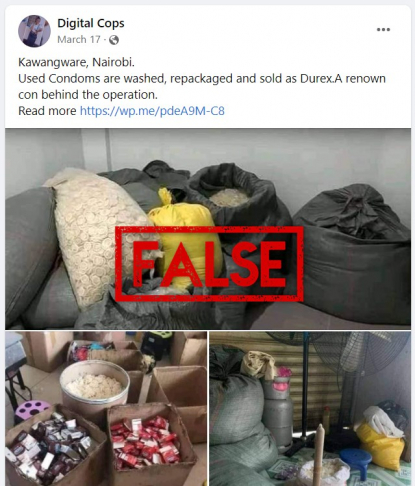 The post includes images of sacks and boxes, which appear to be full of wrapped and unwrapped condoms. One of the photos shows packages labelled with what looks like the blue-and-white Durex condom brand.

The same claim was also shared here and here on Facebook.

Kawangware is an informal settlement in Nairobi, Kenya.

But the images do not show used condoms being repackaged for resale in Kenya.

Scams in China and Vietnam

Reverse image searches conducted by AFP Fact Check found that none of the pictures are from Kenya, nor are they recent.

AFP Fact Check debunked the first picture in French last year when a similar claim was made in Cameroon. We found the image was originally published by French Canadian news site TVA Nouvelles in September 2020.

The accompanying article described a raid in Vietnam where police had seized more than 345,000 used condoms that had been “cleaned and repackaged for resale.”

The article quoted Vietnamese broadcaster Vietnam Television (VTV) and included images from the channel's report on the raid.

A keyword search using “VTV” and the headline of the TVA Nouvelles article translated into Vietnamese led us to Vietnamese-language video and text reports on the 2020 blitz.

We tracked the second image to articles (here and here) from 2018 about a seizure of counterfeit condoms in China.

The articles credit a publication on the Chinese social media platform WeChat as the source of the photo. The WeChat post talks about a police crackdown on a counterfeit condom syndicate in Hebei province on August 2, 2018. 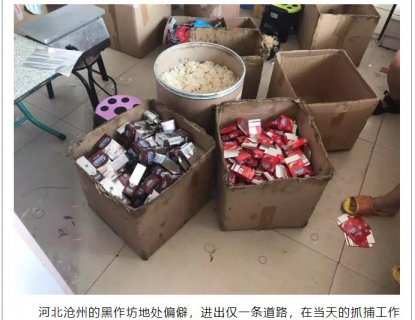 Screenshot showing the image used in the Chinese language article, taken on May 16, 2022

The final image is also from the 2020 raid in Vietnam. The Associated Press reported that this image – another keyframe from a VTV video report – shows used condoms being repackaged in a resale scheme in Binh Duong province, according to local media and officials. 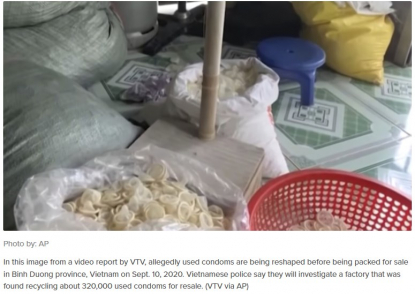 Kenyan police denied receiving any reports about an illegal operation linked to the sale of used condoms.

“Our officers have not busted a used condoms racket in Kawangware or any other parts of the country in the recent past. The claim is false,” read a statement from the Directorate of Criminal Investigations.

The US Centers for Disease Control and Prevention (CDC) warns on its website that a condom should not be reused.