A video viewed more than 300,000 times on Facebook has been shared alongside claims that it shows Russian and Ukrainian soldiers fighting in February 2022. This is false; the video, which has been online since at least 2019, shows troops of the French Foreign Legion in battle, although it remains unclear where the footage was filmed.

The 10-minute video, which shows a group of soldiers firing automatic weapons from the relative safety of a trench, was shared here on Facebook alongside the caption: “Russia vs Ukraine”. It was posted on February 24, 2022, the same day Russia invaded Ukraine. 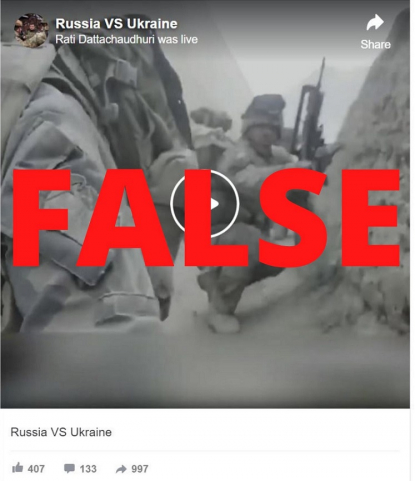 A screenshot taken on March 2, 2022, showing the false post

The first few seconds of the video show the soldiers firing at what appear to be enemy targets. In the minutes that follow, they launch munitions in the direction of a distant mountain. The video also shows firing from automatic weapons mounted on at least two armoured vehicles.

Another scene in the video shows a soldier controlling the mounted machine gun.

However, the footage predates the war in Ukraine by several years.

Multiple reverse image searches of keyframes extracted from the video using verification tool WeVerify led to this video on YouTube, captioned: “French Foreign Legion In Heavy Combat With Taliban In Afghanistan”. It was uploaded in August 2021 -- six months before Ukraine was invaded.

The French Foreign Legion has been in existence for almost two centuries; the special unit was set up in 1831 to allow foreign nationals to join the French army and help defend the country's interests internationally.

They helped fight alongside US soldiers in Afghanistan in 2009, attacking major Taliban bases in the country, before a process of withdrawing began in 2011 as a result of a declaration by former president Nicolas Sarkozy.

The soldiers in the video can be heard speaking French, while their combat fatigues feature a badge with the national flag typically found on French military uniforms. 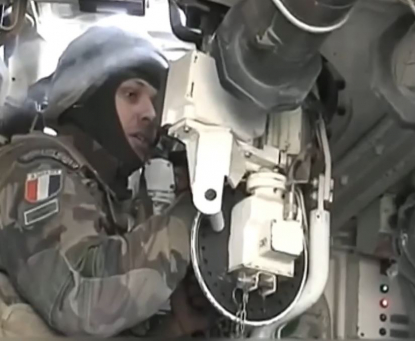 A screenshot taken from the video, showing a Legionnaire’s badge

We matched the same badge to other AFP images of French soldiers in uniform. 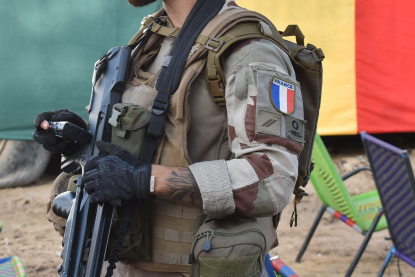 A French soldier from the Barkhane operation stands in Timbuktu on September 9, 2021. ( AFP / MAIMOUNA MORO)

The video was previously shared online in 2019 alongside claims that it shows Taliban forces attacking Afghanistan's Panjshir province.

AFP debunked the claims in September 2021, reporting at the time that a spokesperson for the French joint chief of the defence staff confirmed the video shows “soldiers from the Foreign Legion”.

However, there were no further details of where the fighting had happened.

The invasion has lasted more than a week with about a million people fleeing Ukraine for neighbouring countries, according to the UN. Describing the invasion as “senseless”, UN High Commissioner for Refugees Filippo Grandi said that “unless there is an immediate end to the conflict, millions more are likely to be forced to flee Ukraine”.

Ukrainian authorities say at least 350 civilians have been killed, including 14 children.