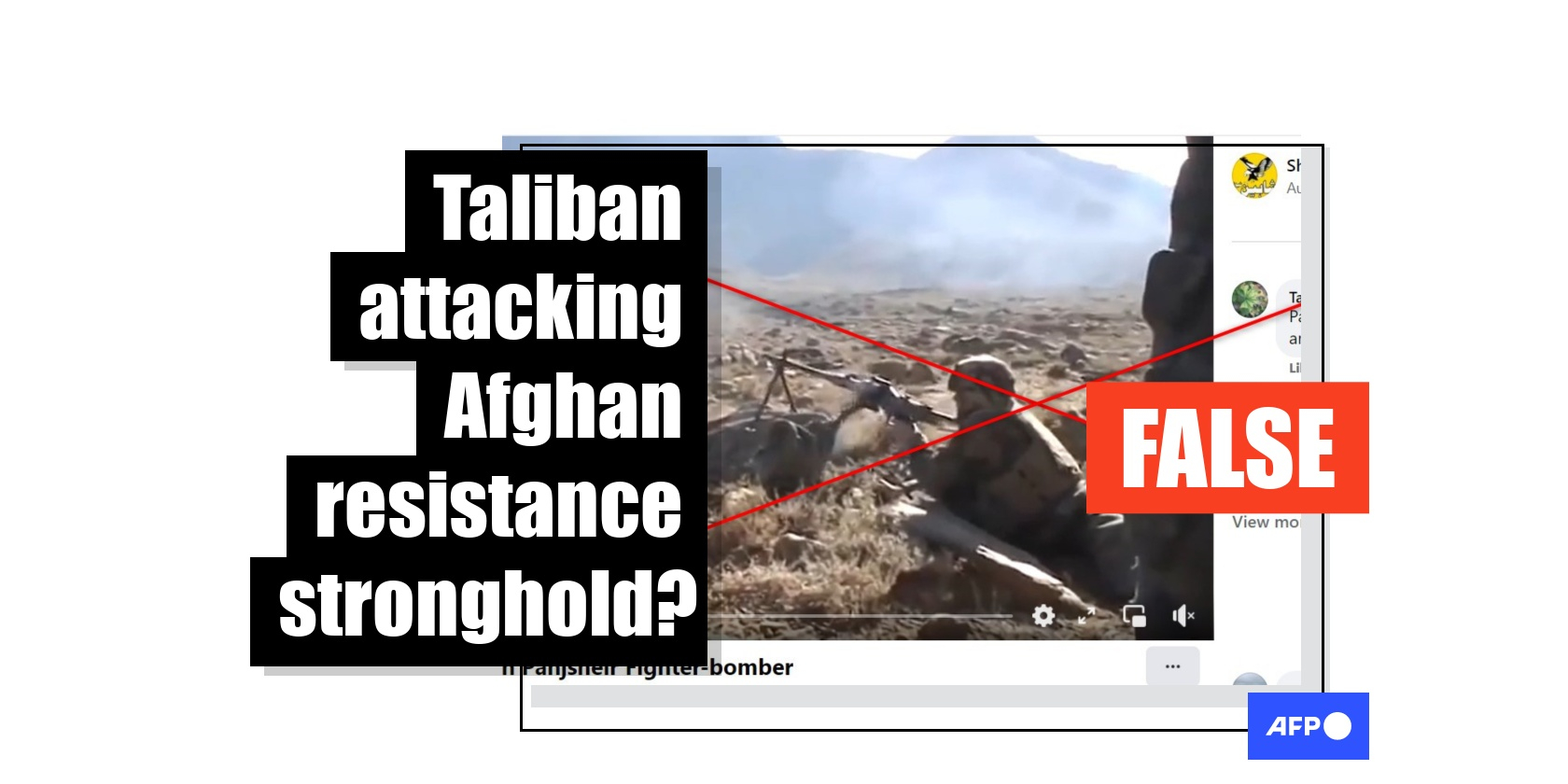 As fighting intensified between Taliban fighters and Afghan resistance forces, a video viewed more than one million times emerged online alongside a claim it shows Taliban forces attacking Afghanistan's Panjshir province. The claim is false: the footage shows French troops and has circulated online since at least 2019.

It has been viewed more than one million times.

The video shows soldiers fighting in a mountainous region.

Panjshir province was the last holdout resisting Taliban control since the group seized power of Afghanistan in August.

"Both sides have claimed to have inflicted heavy losses on their rivals ," AFP reported here on September 3.

The video has been shared alongside a similar claim here on YouTube; and here, here, here and here on Facebook.

The claim is false. The footage actually shows French troops and has circulated online since 2019.

The French flag can be seen on the soldiers' uniforms.

Below is a comparison of a keyframe in the misleading footage (L) and the video from 2019 (R) with the French flag highlighted in red by AFP:

A spokesperson for the French joint chief of the defence staff told AFP on September 2, 2021 that the video shows “soldiers from the Foreign Legion”, but he could not provide further details on the event.