A video of Nigerian Instagram celebrity Ramon Abbas, better known as Hushpuppi, who is facing a prison sentence after pleading guilty to internet fraud, has been shared multiple times on Facebook alongside claims that it shows his release from custody. This, however, is false; the video was taken three years before his arrest in 2020 and subsequent extradition to the US where he awaits sentencing for his role in a global cyber fraud enterprise.

The video, which shows Abbas walking into what looks like the arrivals lounge in an airport, has been viewed thousands of times here on Facebook.

Posted on February 20, 2022, the video includes text inserts that read “welcome back home brother” and “freedom at last”. 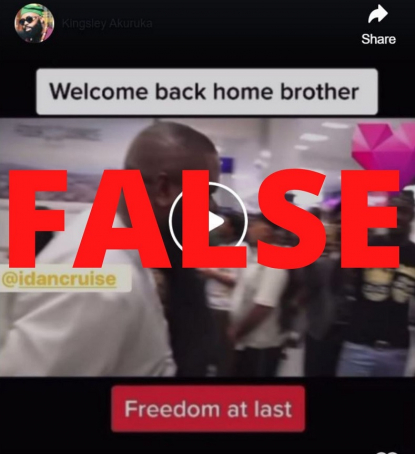 A screenshot taken on February 28, 2022, showing the false post

However, the suggestion inferred from the post that Abbas has been released from US custody is false.

Reverse image searches of multiple frames from the video led to footage uploaded to YouTube in 2017 -- three years before his arrest. According to the caption, the video shows Hushpuppi arriving in Cyprus for a birthday celebration.

AFP Fact Check confirmed with further searches of the video keyframes that the clip was actually taken at Ercan International Airport in Northern Cyprus.

About 24 seconds into this longer version of the video on YouTube, the camera focuses on a sign showing the name of the airport, “Ercan Havalimani”, which corresponds with images of the facility’s entrance on Google Maps here.

The video goes on to show Abbas coming out of the airport with his entourage. Behind them is a big signpost with the word “CRAIOS”, and a few lamp posts. 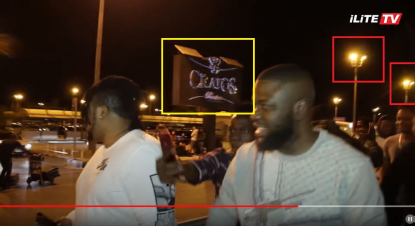 Again, these specific landmarks were matched to separate images of the exterior of the terminal building on Google Maps. Hushpuppi is still in US custody

Abbas is awaiting sentencing in the United States, where he pleaded guilty last year to money laundering and other crimes which led to a Malta bank losing  $14.7 million. Furthermore, several so-called “victim companies” lost $7.7 million in a separate case linked to an unnamed Premier League football club in England.

He has been in US custody since he was extradited from Dubai in July 2020 and was due to be sentenced on February 14, 2022. However, his lawyer asked that his sentencing be moved to a later date, which the California court rescheduled to July 11, 2022.