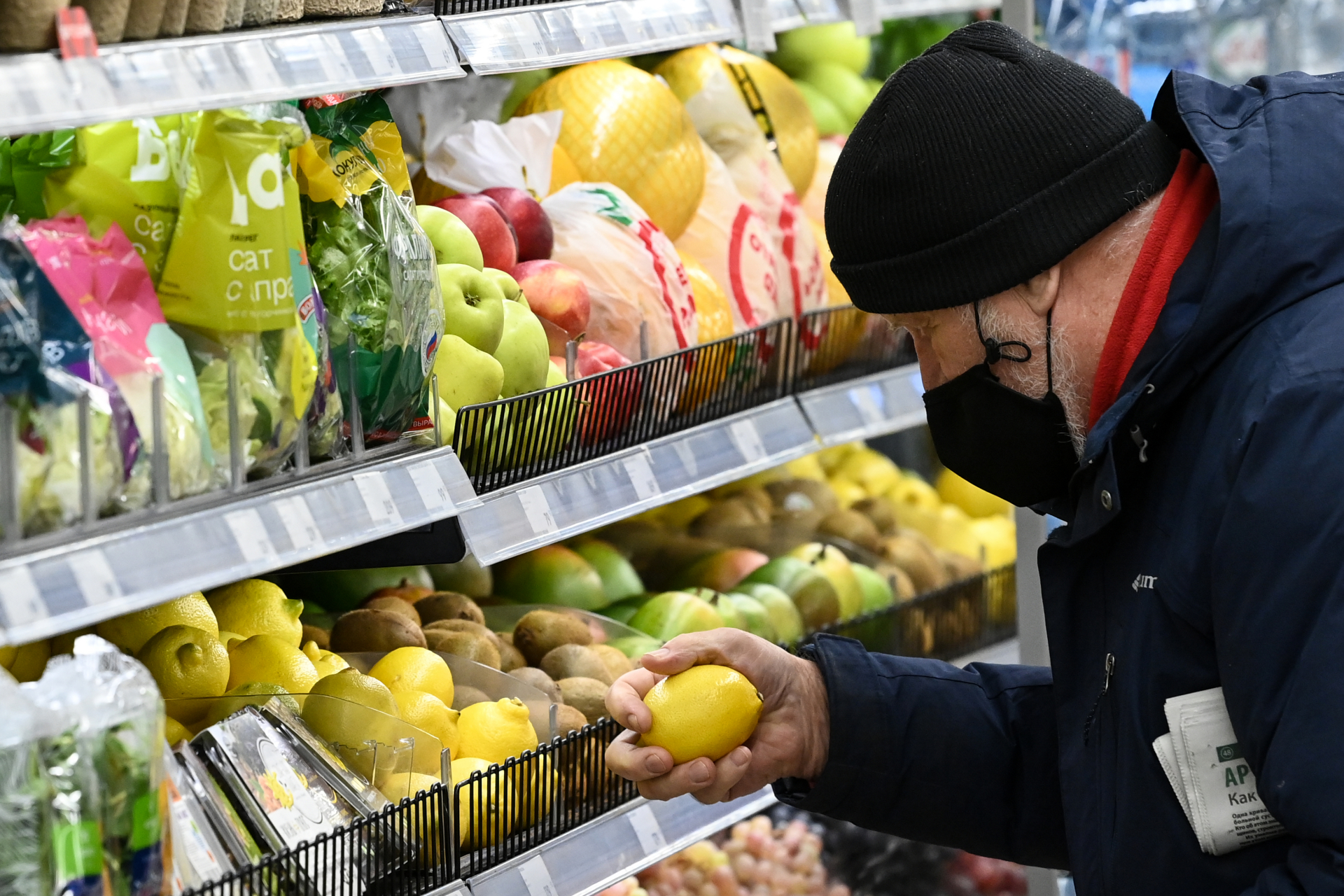 A man chooses lemons at a supermarket in Moscow on December 15, 2021 ( AFP / Kirill Kudryavtsev)

Facebook posts claim hydroxychloroquine can be made at home using grapefruit and lemon peels to prevent viruses such as Covid-19. This is false; the drug is synthetic and cannot be produced by boiling citrus rinds, and infectious disease experts said the medication had not been found to prevent Covid-19. 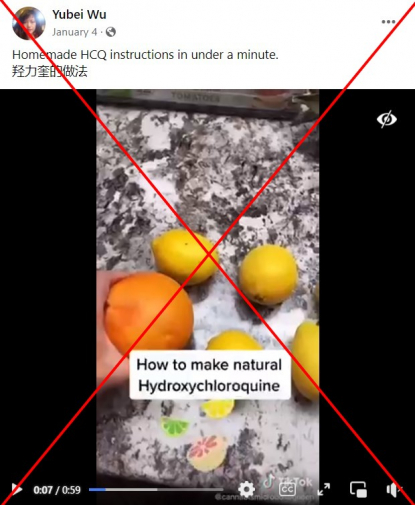 The video, which was originally posted on Tik Tok and has since been deleted, instructs the viewer to boil lemon and grapefruit peels for several hours to make "homemade natural hydroxychloroquine."

Hydroxychloroquine, an anti-malarial drug, has been frequently touted as a Covid-19 remedy after public figures, including former US president Donald Trump and the French doctor Didier Raoult, falsely claimed the drug was a cure in 2020.

Iterations of the recipe claim can be found on Facebook, while a tweet credits the homemade concoction for protection against the Covid-19 virus. Some posts also recommend incorporating zinc or tonic water into the home remedy, though both have been debunked by AFP after falsely being shared as cures for Covid-19.

A YouTube post with a recipe claiming hydroxychloroquine is "nothing but quinine," attracted more than 1.8 million views on the video-sharing platform, but experts say these claims are false.

Chaisson told AFP on February 25, that hydroxychloroquine "has a similar chemical structure (to quinine) but is not the same. It is a synthesized chemical/drug, whereas quinine is a naturally occurring substance from cinchona trees."

He added: "Extensive research has shown that hydroxychloroquine is not effective in treating or preventing Covid-19."

Thomas Russo, chief of the division of infectious diseases in the University of Buffalo's Jacobs School of Medicine and Biomedical Sciences, made similar remarks on February 28.

"Hydroxychloroquine is not a proven Covid-19 treatment. There is a huge body of data that shows it doesn't work," he said.

Russo warned that following the recipe outlined in the social media video would be "ill-advised," emphasizing the importance of quality control when it comes to medications.

"You have no idea what you're going to get," he said. "If there are other contaminants in there, that could potentially be toxic."

As of March 1, 2022 the US Food and Drug Administration (FDA) had only authorized Pfizer's Paxlovid pill as a therapeutic for high-risk patients who test positive for Covid-19.