Skip to main content
People exercise in a park near Naron, Spain, on September 13, 2018 as part of a local weight loss challenge ( AFP / Miguel Riopa)

Social media posts and e-commerce sites advertise the topical use of ginger oil for body slimming through "belly drainage." But medical experts say there is no scientific evidence to support the claim and that promoting this kind of quick fix can distract from serious weight loss efforts.

"Get back to normal size," says a February 7, 2022 Facebook post that links to a site selling "Belly Drainage Ginger Oil." 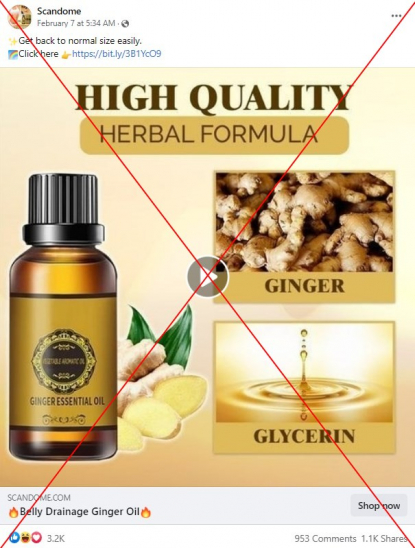 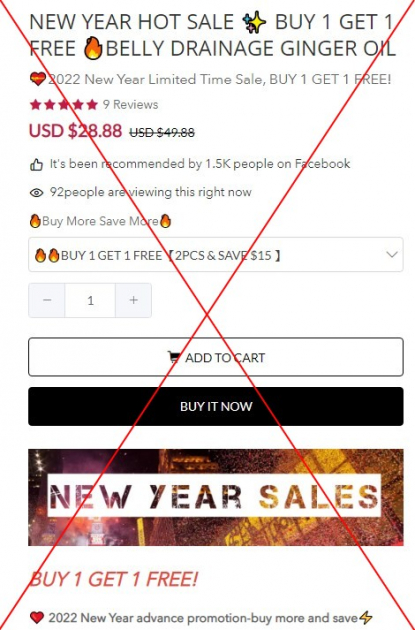 A similar claim appeared on Facebook here, featuring a video with alleged before and after footage of users of the product. And a post on Instagram claimed that applying the oil to the belly button would promote "fast fat burning and eliminate cellulite cell 10 times more effective than applying on skin."

The claims are not backed by any clinical randomized trials, and delivery through the navel is unlikely to have any systemic impact, William Dietz, a professor and director of the George Washington University center for prevention and wellness, who is co-chair of the Lancet Commission on Obesity, told AFP.

The claims promise "an effect of physical transport which has no credible mechanism," Dietz said. "This is one of the wilder claims I've seen."

Donna Ryan, a researcher on obesity and professor emerita at the Pennington Biomedical Research Center at Louisiana State University, said there is "nothing in the scientific literature" to support the claim that it can eliminate cellulite, or subcutaneous fat that creates dimples under the skin.

"Bottom line: No evidence for efficacy of ginger applied to the skin to reduce belly fat," Ryan said. "Importantly, there is no evidence to support safety, either. Obesity is a serious disease. This appears to be a cosmetic tactic and frequently, evidence of efficacy is the last thing someone peddling cosmetics wants -- it's easier to sell based on a hoped-for result than a real result."

Steven Heymsfield, a professor and researcher at the Pennington center, agreed, saying: "There are multiple specious claims and several publications related to weight loss and ginger oil. None of the claims hold up... eating a healthy diet and maintaining recommended activity levels is the best and safest way to lose weight."

Dietz said the marketers of such products take advantage of the desperation of people with obesity who have tried many different ways to reduce their weight.

"Weight loss is a struggle... and because obesity is such a stigmatized condition it gets dismissed as the responsibility of the person," he said.

Dietz, who previously headed the US Centers for Disease Control and Prevention's division on nutrition, physical activity and obesity prevention, said there has been some success with behavioral therapy and "a new panoply of drugs for treatment of obesity which we didn't have five years ago."

"People with obesity have tried everything and often they will lose weight and regain it," he said. "But things like ginger oil -- it's not snake oil but it might as well be."