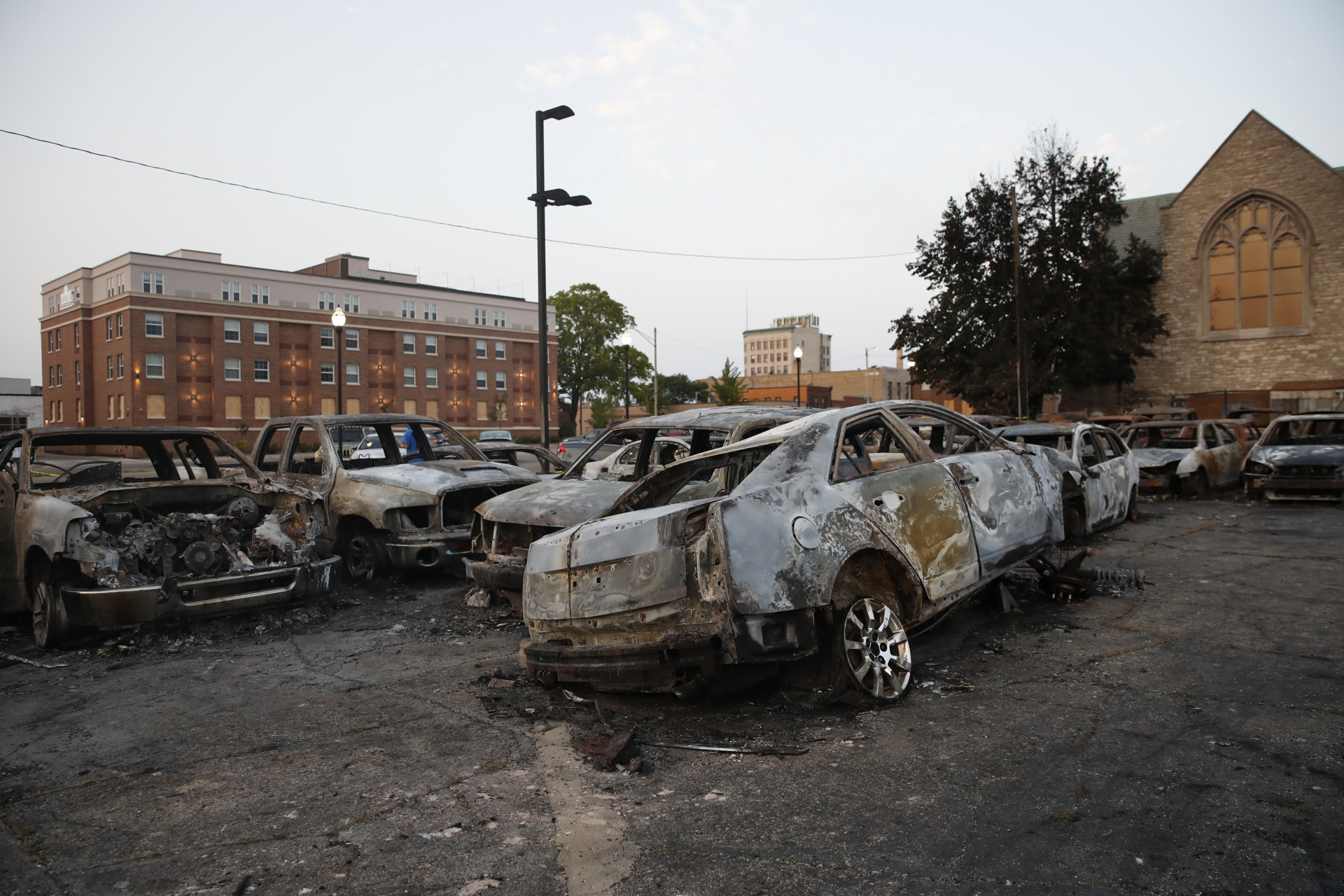 The remains of cars burned during a protest are seen in Kenosha, Wisconsin on August 24, 2020 (AFP / Kamil Krzaczynski)

Church was not target of civil unrest in Wisconsin

Social media posts claim that a black church with a “Black Lives Matter” sign was burned down by the movement during civil unrest after a black man was shot by police in the US state of Wisconsin. This is misleading; only a sign for the church burned and the building was not targeted in the fire set on the night Jacob Blake was shot, according to its pastor.

“So BLM just burned down a black church, in a black community, with a church sign that says ‘Black Lives Matter’,” according to posts on Facebook and Twitter shared more than 45,000 times, including from Charlie Kirk, who heads a conservative student organization and endorsed President Donald Trump at the Republican National Convention. 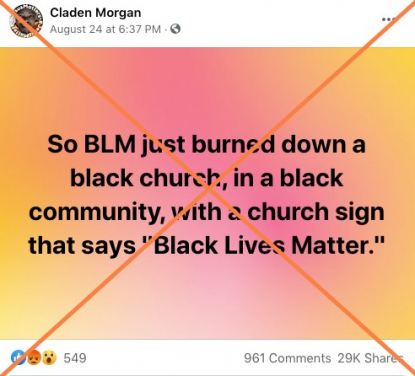 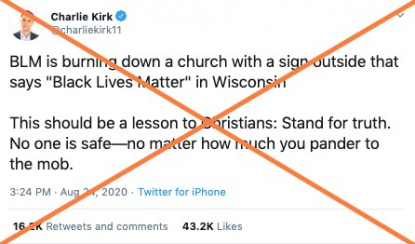 Some posts provided photos of the burning sign of a Unitarian Universalist church bearing the words “Black Lives Matter” as proof, while conspiracy theory website Infowars reported that the church which “celebrated ‘Black Lives Matter’” was burned. 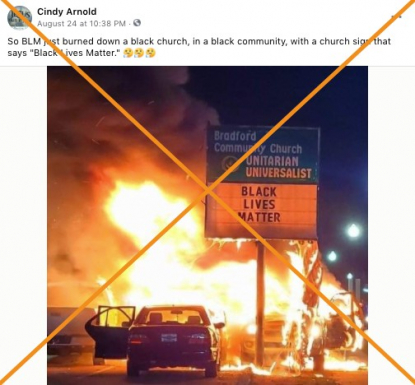 However, the church to which the sign belongs did not catch fire, and it does not appear to have been the target of the August 23 protest after cellphone video showed police apparently shooting a black man repeatedly in the back.

The incident reignited the rage expressed by the Black Lives Matter movement, which has gained increasingly broad support since the death in Minneapolis police custody of George Floyd in May. That incident sparked nationwide demonstrations -- mostly peaceful -- and a reckoning with the country’s history of racism and police brutality.

A Google Street View search shows that the church sign belongs to the Bradford Community Church.

“We don’t believe that the church or the sign were the initial targets,” the church’s minister, Reverend Erik David Carlson, told AFP by phone. Carlson added that the church building was affected by “a little bit of smoke, but other than that no structural damage that we can see.”

Carlson, who is white, said his church has “a diverse membership but we are historically and currently an overwhelmingly white congregation.” He stressed that his community is “really not assigning blame to what happened and want to affirm that we are very much committed to racial justice in general and justice in the case of Jacob Blake.”

The sign burned after a march seeking justice for Blake, who survived the shooting but is paralyzed from the waist down, ended with acts of vandalism, Kenosha News reported.

A van was set on fire in the parking lot of a used car dealership adjacent to the church, and it spread to other cars as well as the church sign, as a live video by independent journalist Andrew Mercado shows from the 1:16:03 mark.

Carlson said that the church would likely have burned without the intervention of Mercado and CJ Haliburton, another independent journalist, who used the church’s rainwater barrels to contain the spread of the fire towards the building until the fire department arrived.

“It was really a matter of moments before the church would have gone up if there hadn’t been that intervention so we feel incredibly fortunate and grateful that they were there,” he said.

The Kenosha Fire Department did not respond to AFP requests for comment on the incident by the time of publication.

Two people were shot dead in Kenosha on the night of August 25, police said, after clashes arose during the third consecutive night of protests.