This bridge is in Kenya, not South Africa, and it did not cost 11 million rands

The image of a bridge, supposedly built in South Africa for 11 million rand (around 750,000 dollars), has been shared thousands of times on social media, with users criticising the ruling African National Congress for the expenditure. The bridge is actually in Kenya and was still under construction when the photo was taken.

One Facebook post, which we’ve archived here, has been shared more than 3,000 times and shows an image of what looks like a basic unpaved bridge. The misspelt meme says “This is an officiall bridge opening in Qwaqwa it cost 11 million…..can someone explain”.

Qwaqwa is a former Bantustan or homeland in the eastern part of central South Africa and forms part of the Free State province.

The Facebook user captions the post: “ANC delivers”, includes laughing emoticons and tells followers to make their vote count ahead of the South African elections -- which were two weeks away at the time of the post in April. 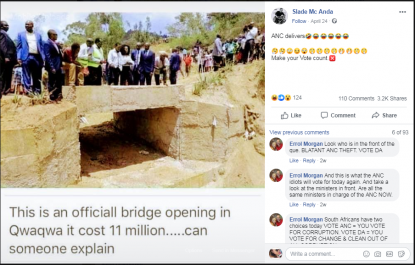 But a reverse image search of the photo leads to an article published last year on the Kenyan news website Kenyans.co.ke which locates the footbridge in Machakos county, south of the country’s capital Nairobi.

It names the source of the image as Twitter and says that the photo shows Machakos governor, Alfred Mutua, inspecting progress on the bridge while on the way to an event for solar-powered boreholes.

Mutua told the publication that the bridge was a “simple box culvert” only halfway done, for a contract of less than one million rand.

The story contains elements of a tweet by a parody account, AdvBarryRoux, criticizing the launch of an alleged $6 million bridge. 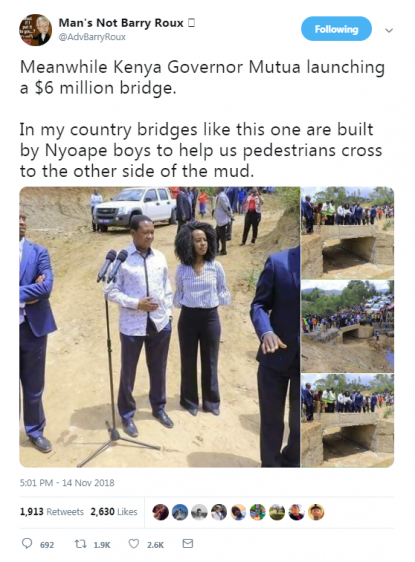 That tweet reached the First Lady to the governor, Lilian Nganga, who replied in two tweets: One showing the bridge before and another saying work on the bridge was ongoing. 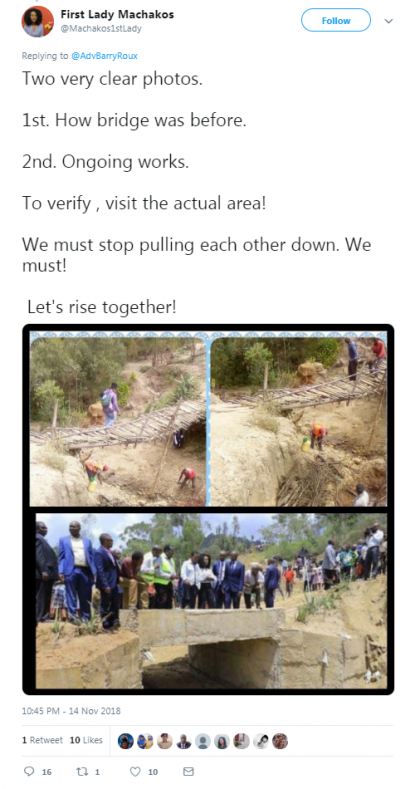 A screenshot taken on May 24, 2019 of a post by the First Lady of Machakos 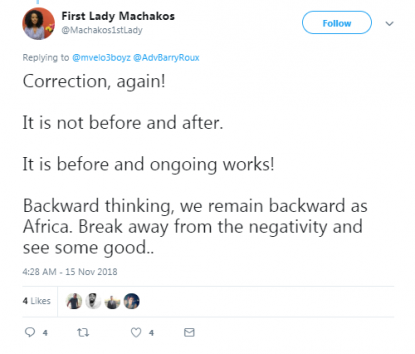 A screenshot taken on May 24, 2019 of a post by the First Lady of Machakos

Kenyan blogger Abraham Mutai also replied from his verified Twitter account that the governor was inspecting it rather than launching the box culvert (a tunnel structure that provides a passage over water or an obstruction). Mutai added that governors in Kenya attract crowds everywhere they go. 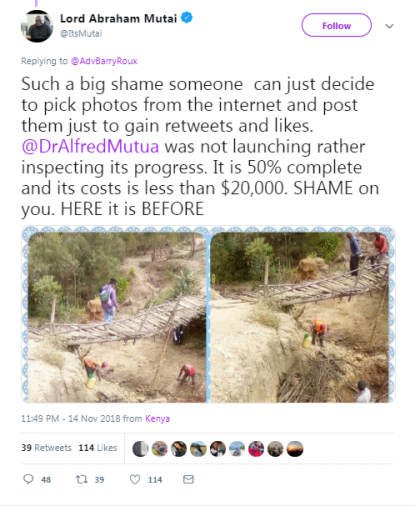 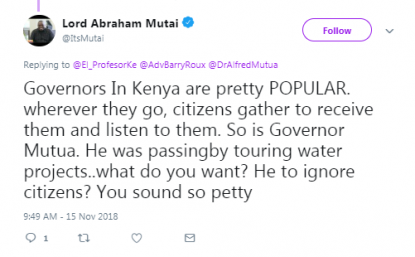 A Google search “Qwaqwa 6 million bridge” reveals an article dated October 5, 2011, about repairs to three bridges in South Africa that had been damaged during floods in 2010, reportedly costing 11 million rand -- another element that appeared in the false posts.

In Kenya, AFP spoke to Machakos county engineer Gregory Mutuku who was in charge of the construction of the box culvert.

Mutuku told AFP that the project actually cost around $32,838. He said there were also plans to improve the road around the project, but that would be a separate contract.

"We are planning to work on the approaches to the box culvert since it was not part of the contract. Also planned for implementation is improvement of the entire road into gravel standards," he said in a WhatsApp message. 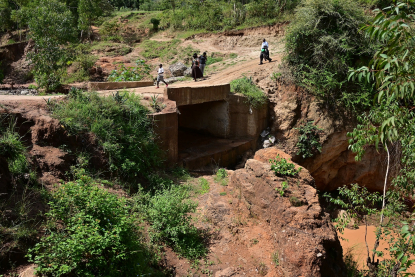 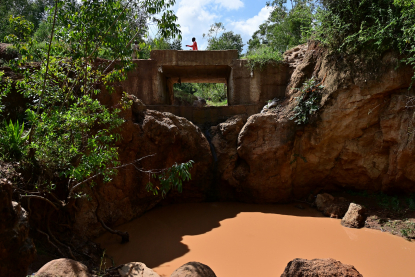 A seasonal river flows through the area and locals previously used a makeshift bridge to access churches, the market and a school. 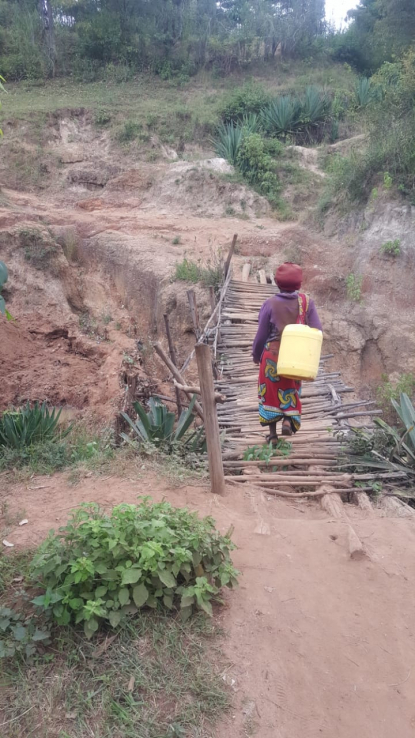 Images of the site before it was renovated provided by Machakos county engineer, Gregory Mutuku 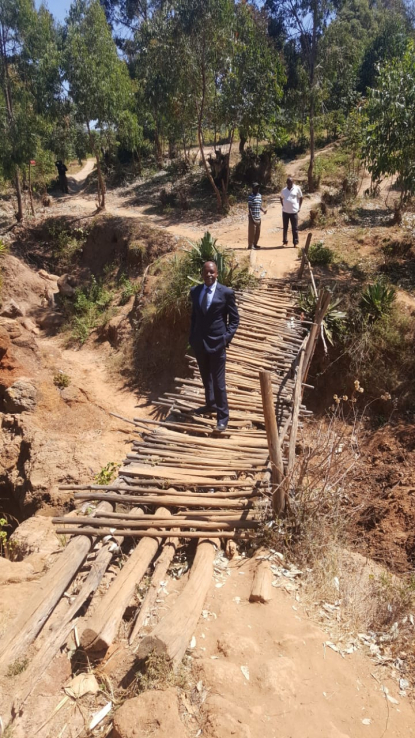 Images of the site before it was renovated provided by Machakos county engineer, Gregory Mutuku

A local government official who escorted AFP to the location, Alex Muthiini Gideon, said that school children used to miss classes when it rained as flooding would make the area inaccessible.