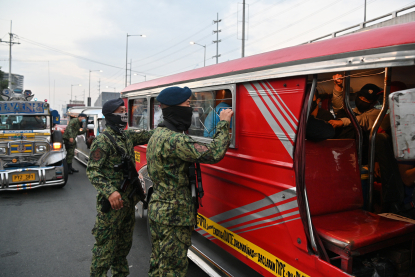 Published on Monday 16 March 2020 at 08:05
An infographic has been shared hundreds of times on Facebook, Twitter and YouTube alongside a claim it shows that the 2020 novel coronavirus pandemic fits a pattern of viral outbreaks that occur every 100 years. The claim is false; the infographic contains inaccurate information about historical viral outbreaks and ignores other epidemics that do not fit the assumed pattern; health experts told AFP that while certain viruses are seasonal in nature, there is no basis for the claim that viral outbreaks occur once every century.
Read more 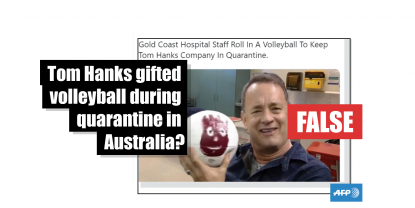 Published on Friday 13 March 2020 at 06:40
A photo of Hollywood actor Tom Hanks holding a volleyball has been viewed thousands of times in multiple Facebook, Twitter and Instagram posts alongside it shows him in quarantine at a hospital in Australia after contracting the novel coronavirus, COVID-19. The posts further claim hospital staff gifted Hanks the ball as a tribute to his character Chuck Noland in the 2000 film 'Cast Away', who "befriends" a volleyball. The claim is false; the image has been doctored using a 2015 photograph of Hanks and a stock photo of a hospital ward; the doctored photo emerged on a satirical website.
Read more 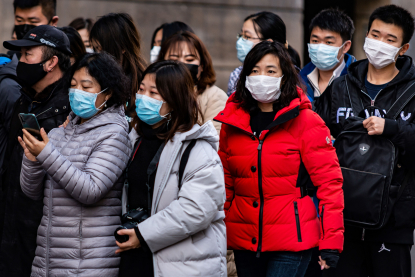 Published on Wednesday 11 March 2020 at 11:50
Facebook posts shared thousands of times claim that holding your breath for more than 10 seconds is an effective test for the novel coronavirus, and that drinking water regularly can prevent the disease. The claims are false; the World Health Organization and other experts said there was no evidence to support these claims.
Read more 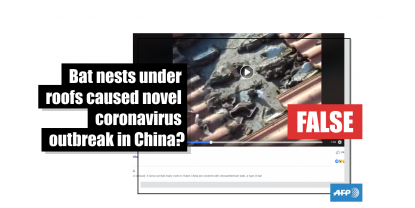 Published on Friday 7 February 2020 at 09:45Updated on Monday 2 March 2020 at 12:26
A video showing scores of bats nesting under tiles of a roof has been viewed tens of thousands of times in multiple posts on Facebook that it shows the cause of the 2019 novel coronavirus outbreak in China. The claim is false; the video has circulated online since at least July 2011 and actually shows repairs being made to the roof of a bat-infested house in the city of Miami in the United States.
Read more 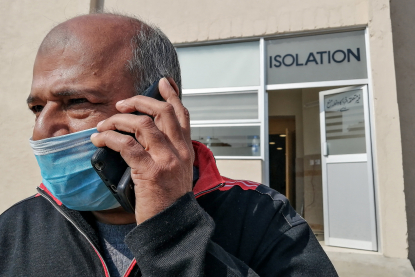 Published on Wednesday 5 February 2020 at 05:05
Claims that the novel coronavirus can be cured overnight if sufferers drink freshly boiled garlic water have been shared hundreds of times in multiple posts on Facebook, Twitter and YouTube. The posts were shared after a new strain of novel coronavirus broke out in the Chinese city of Wuhan and subsequently spread to more than 20 other countries. The claim is false; medical experts told AFP there was no evidence to support the theory about drinking garlic water; international health organisations do not recommend the remedy and have said there is no specific antiviral treatment for the new strain of the novel coronavirus.
Read more