The World Health Organization has not been kicked out of Tanzania

An article claiming that the Tanzanian government has kicked the World Health Organization (WHO) out of the country has been shared hundreds of times on Facebook. The claim is false; there is no evidence of any such directive and a WHO representative in Tanzania confirmed that the office is still operational.

“Tanzania Kicks Out WHO After Goat & Papaya Samples Came COVID-19 Positive,” reads the headline on an article published by an Indian-based website called Great Game India, which describes itself as a “journal of geopolitics and international relations”.

The article has attracted more than 15,000 interactions on Facebook, according to the social media monitoring tool CrowdTangle. 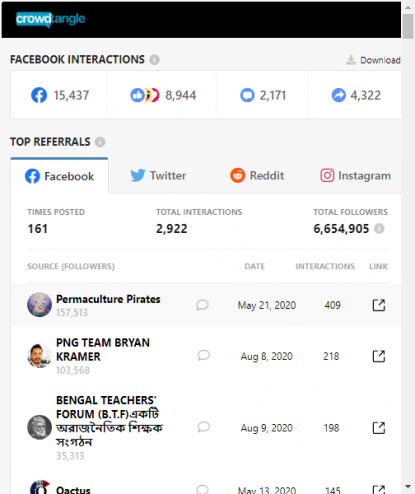 A screenshot of CrowdTangle data, taken on August 13, 2020

“With the rise in false Coronavirus cases, the Tanzanian President John Magufuli, growing suspicious of the World Health Organization (WHO), decided to investigate the claims himself,” reads the article. “He sent the WHO samples of a goat, a papaya and a quail for testing. After all 3 samples came COVID-19 positive, the President is reported to have kicked out the WHO from the country.”

In May, Magufuli questioned his own country’s coronavirus numbers after he said that he had secretly sent samples from a variety of animals, fruits and vehicle oil to be tested for COVID-19 at the national laboratory and that they came back positive.

Magufuli claimed that there was “sabotage” and called on authorities to conduct investigations. He then suspended the head of the laboratory.

However, the article’s claim is false: the UN health agency’s office in Tanzania is still operational.

“The World Health Organization has not been kicked out of Tanzania. Our office is still in operation,” WHO communications officer Collins Boakye-Agyemang told AFP Fact Check in an email.

“Firstly, there is no relationship between the WHO and the results of the samples provided in the national laboratory. WHO representatives are not involved in testing at all,” Kabudi told AFP Fact Check in a phone call.

“The relationship between Tanzania and WHO is very good and the representative is around as usual. That information is completely fake,” Kabudi added.

Last year, the WHO issued a lengthy statement detailing how Tanzania had failed to provide information on suspected cases of Ebola in the country.

In what was a rare rebuke, the UN health agency said it had not confirmed any case of Ebola in Tanzania, but raised concerns about the death of a person with suspected Ebola and contacts who had thereafter fallen ill.

Tanzania dismissed the concerns about possible Ebola cases in the country as “rumours which everyone should ignore” and summoned WHO representatives for an explanation.

This year, during the current coronavirus pandemic, Tanzania has not strictly enforced precautionary measures recommended by the WHO and other health bodies, such as wearing face masks and avoiding social gatherings. A claim that Tanzania had banned the use of face masks was debunked here by AFP Fact Check.

The east African country has also not released any coronavirus infection data since April 29, 2020. By the last count, according to the World Health Organization, there had been 509 positive cases and 21 deaths.

The WHO is currently providing Tanzania with technical support to fight the coronavirus pandemic.

“WHO and a number of key partners continue to provide technical support to the Tanzanian government’s response to COVID-19 through its membership in various technical committees,” Boakye-Agyemang said.