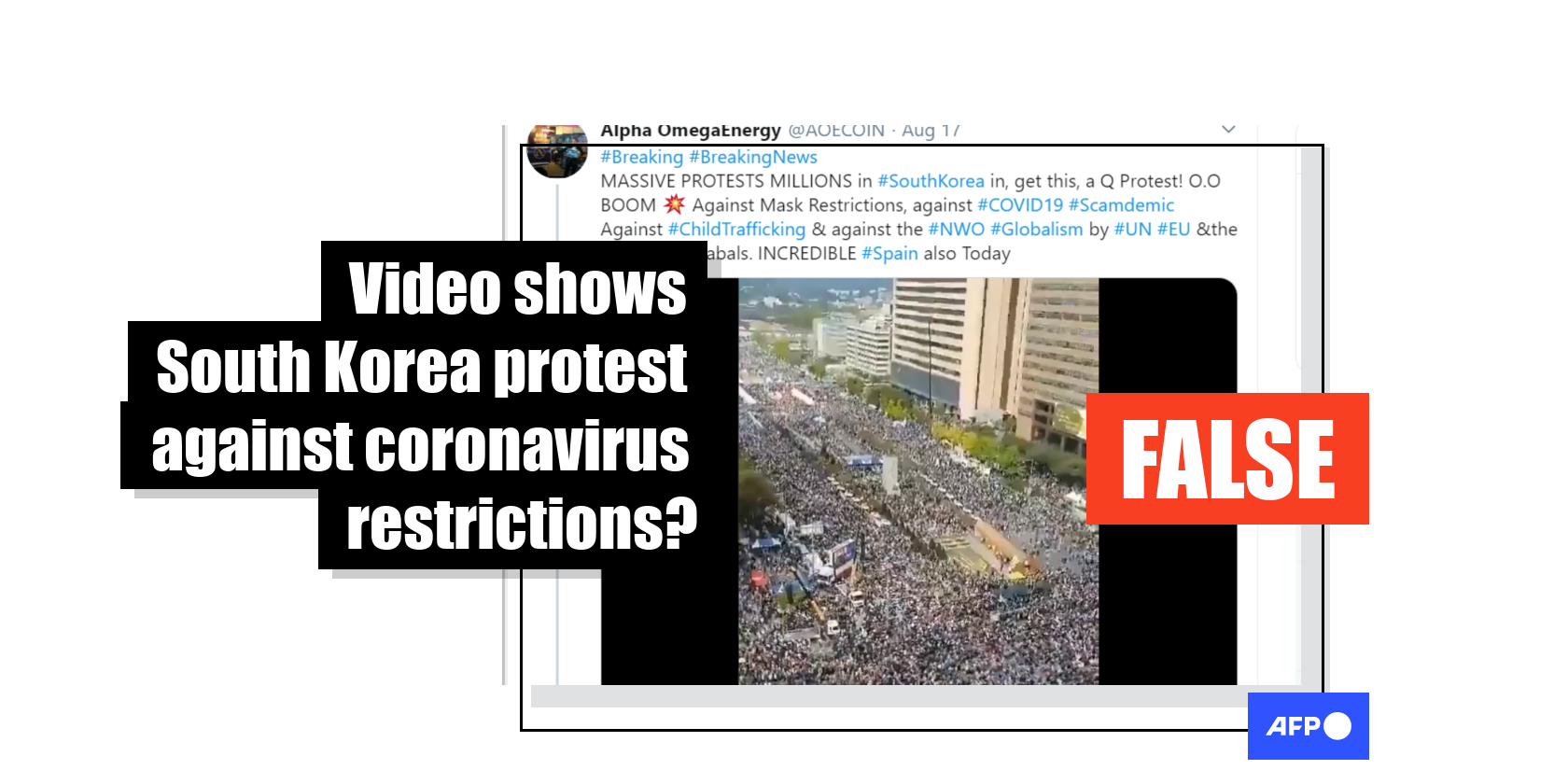 This video shows a Seoul rally in October 2019, months before Covid-19 was first reported in South Korea

A video of a large protest has been viewed hundreds of thousands of times in multiple posts on Facebook and Twitter in August 2020 alongside a claim it shows a rally against coronavirus restrictions in the South Korean capital of Seoul. The claim is false; the video was first published online in October 2019, nearly four months before the first case of Covid-19 was reported in South Korea in January 2020. 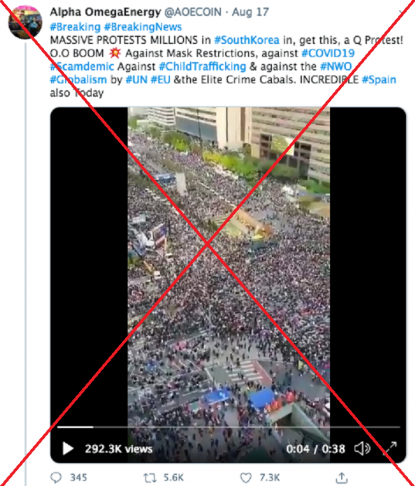 The tweet’s caption states: “MASSIVE PROTESTS MILLIONS in #SouthKorea in, get this, a Q Protest! O.O BOOM Against Mask Restrictions, against #COVID19 #Scamdemic Against #ChildTrafficking & against the #NWO #Globalism by #UN #EU &the Elite Crime Cabals. INCREDIBLE #Spain also Today”.

The claim circulated online two days after an anti-government rally in Seoul on August 15. Many protesters can be seen wearing face masks in this Facebook live footage from the protest. On August 30, the South Korean government ramped up coronavirus restrictions for Seoul residents with a week-long advisory to stay at home, state news agency Yonhap reported here. The move came after another surge of Covid-19 cases in the country.

The video has also been viewed tens of thousands of times here on Twitter; and here and here on Facebook alongside a similar claim.

The claim, however, is false; the video was first published online in October 2019, nearly four months before the first case of Covid-19 was reported in South Korea in January 2020.

A reverse image search using the video verification tool InVID-WeVerify found an earlier version of the video posted on Twitter here on October 3, 2019. A screenshot of the original Twitter video, taken on September 4, 2020

The article states in part: “Hundreds of thousands of South Koreans took to the streets in downtown Seoul Thursday calling for the ouster of Justice Minister Cho Guk as prosecutors questioned Cho's wife as part of a widening probe into corruption allegations surrounding the family.”

The Koreana Hotel, which is located in Seoul, is visible in one of the photographs of the October 3 rally published by Yonhap, as seen in the screenshot below. 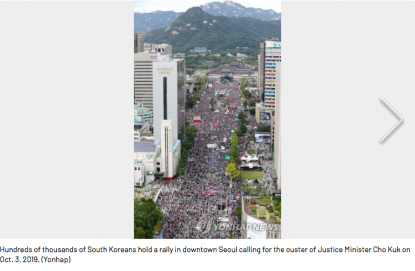 A screenshot of a Yonhap photo, taken on September 4, 2020

Travelling northward from Koreana Hotel on Google Street View found the same brown structure with a billboard that matches the Twitter video at the four-second mark.

Below is a screenshot comparison of the Twitter video (L) and Google Street View imagery (R) with the corresponding feature circled in red by AFP: 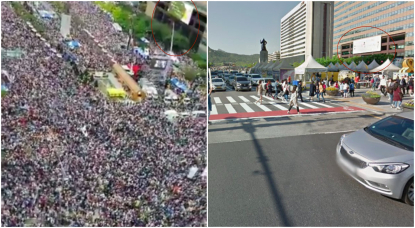 A screenshot taken on September 4, 2020, of a 360-degree photograph geotagged to Kyobo building at Gwanghwamun Square, Seoul

An illustration on Kyobo’s website of an advertisement displayed on that particular billboard between September 2 and November 30, 2019, matches the one seen in the October 3, 2019 Twitter video.

Below is a screenshot comparison of the Twitter video (L) and the ad illustration on Kyobo Life’s website (R): 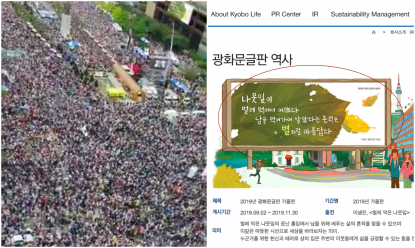 Other media footage from October 2019

The October 3, 2019, Twitter video and the Chosun Ilbo footage share matching elements, as AFP has highlighted in the screenshot comparison below: