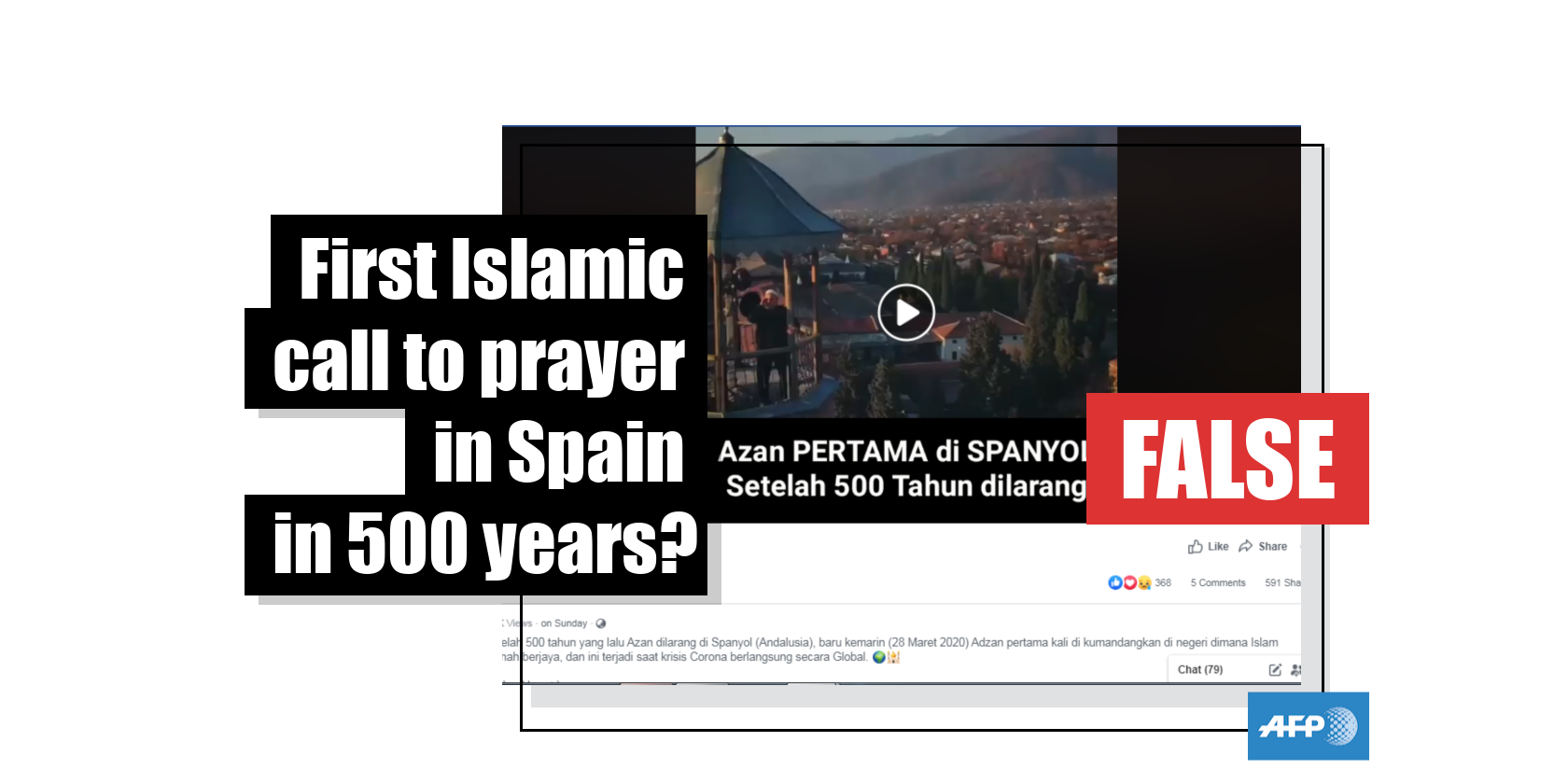 This video was filmed in Azerbaijan in November 2019

A video has been viewed tens of thousands of times in multiple Facebook, YouTube and Twitter posts alongside a claim it shows the Islamic call to prayer being heard in Spain during the COVID-19 epidemic for the first time in 500 years. The claim is false; the video was filmed in Azerbaijan in November 2019, before the COVID-19 pandemic; there has been no ban on the Islamic call to prayer in Spain in recent times. 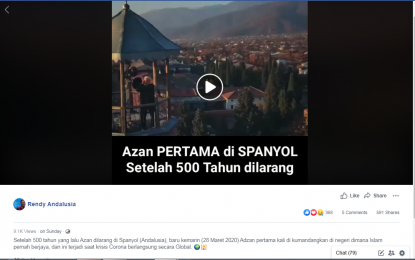 The video’s Indonesian-language caption translates to English as: “After it was prohibited in Spain (Andalusia) 500 ago, azan was called for the first time yesterday (March 28, 2020) in the land where Islam used to be victorious, and this happened when the coronavirus crisis becomes global.”

The white text across the bottom of the video reads in English as: “The first azan in Spain after it was banned for 500 years”.

The novel coronavirus, which causes the disease COVID-19, was first identified in the Chinese city of Wuhan in December 2019. The outbreak has become a global pandemic.

Azan, or adhan, is the Islamic call to prayers.

The claim is false; the video was taken in Azerbaijan before the virus was first detected; there has been no ban on adhan in Spain in recent times.

A Google reverse image search using a keyframe of the video generated with InVID-WeVerify, a video verification tool, and subsequent keyword searches found the same video first published here on Instagram on November 20, 2019. It was shared by Instagram user Kenan Musaev.

“The city where we hear the call to prayer.. Balakan!” the Azerbaijani-language caption reads according to a translation from an AFP journalist in Turkey.

Balakan, or Belokany, is a city in the northwestern part of Azerbaijan.

The owner of the Instagram account wrote in the post’s comment on April 3, 2020, that he shot the video in November 2019 in the city of Balakan and that it “has nothing to do with Spain”.

“This is not Spain,” he said, adding that the person seen standing inside the minaret in the beginning of the video is himself. 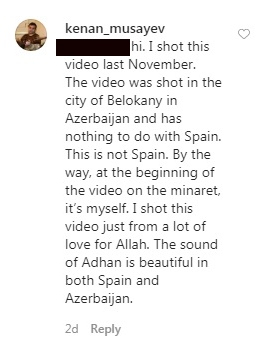 After his footage went viral, Musaev posted this clip on Instagram from a Turkish television channel that had used his video out of context. He clarified that the footage was taken in Azerbaijan, not Spain.

The Azerbaijani-language caption of the video reads in part as: “Azerbaijan or Spain? Actually, we shot this (video) with my friend @hikmet_askerov for the love of God. I wanted to shoot the minaret of Balakan for a long time... When brotherly Turkey's ATV aired it saying it was not in Azerbaijan but in Spain, I was surprised but not sad.”

The location of the mosque in the video can be seen here on Google Maps.

Below is a screenshot of a photo taken near the mosque found on Google Maps: 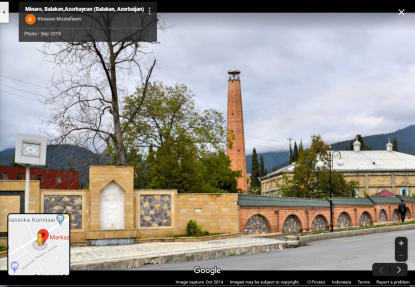 Screenshot of a photo from Google Maps

Below is a screenshot comparison between the video in the misleading posts (L) and the mosque on Google Maps (R). AFP has highlighted prominent features in red.

The claim that the Islamic call to prayer has been banned in Spain is also false. The Spanish constitution and the Religious Freedom Law guarantee freedom of religion and freedom to worship to adherents of different religions in the country, including Muslims.

The Grand Mosque of Granada, in the Spanish city of Granada, posted on Facebook this video that shows a man reciting adhan at the mosque in July 2017.