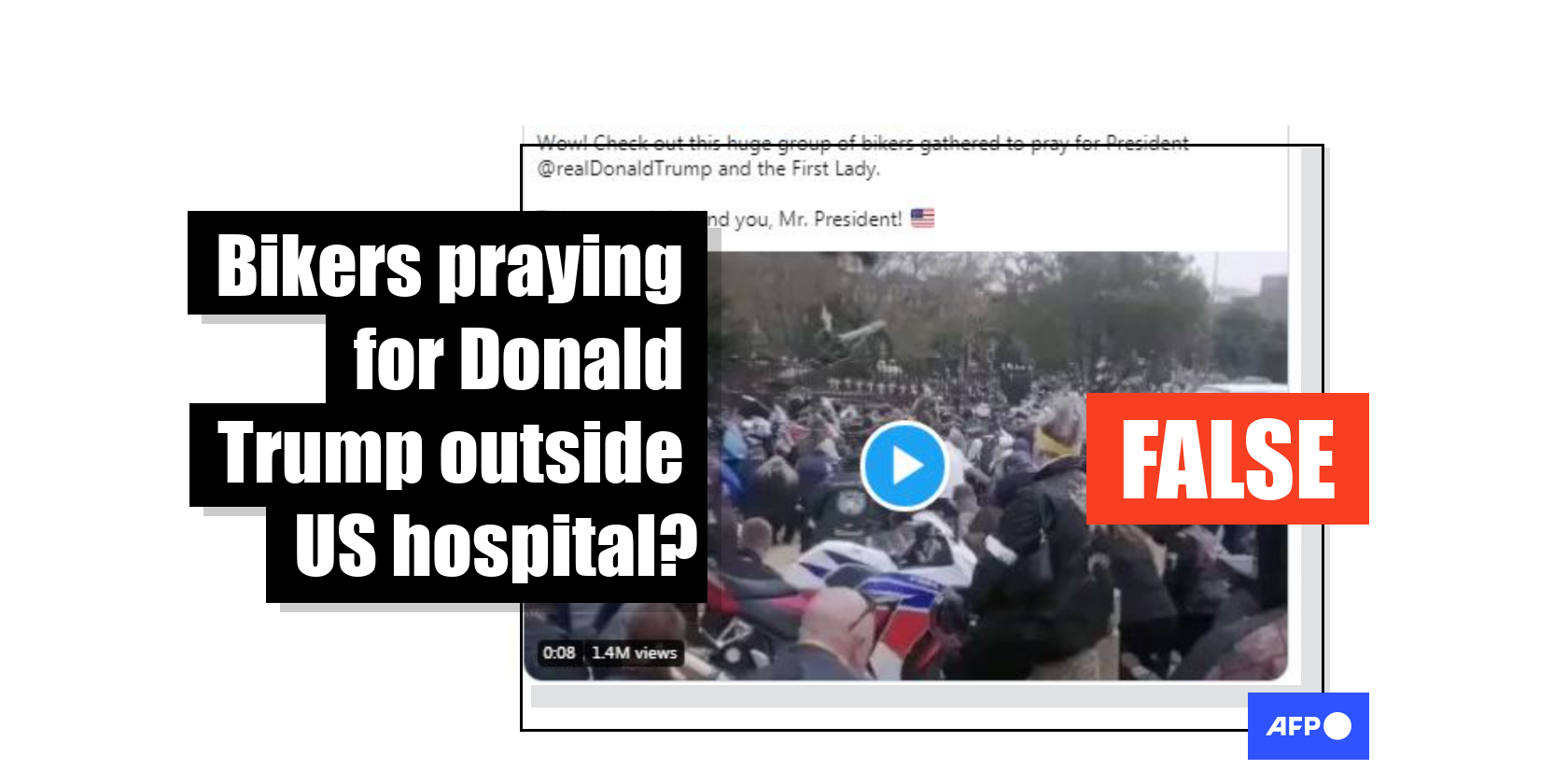 A video showing hundreds of bikers, apparently gathered in prayer for Donald Trump, was shared tens of thousands of times on social media -- including by a campaign staffer -- after the US president was hospitalized for Covid-19. This is false; the footage was taken in South Africa, not the United States, more than a month earlier, and the bikers were protesting farm murders.

“Check out this huge group of bikers gathered to pray for President @realDonaldTrump and the First Lady,” wrote Jacob Schneider in an October 3, 2020 tweet featuring a video showing a large crowd in motorcycle club leathers kneeling outside in silence.

Schneider, a spokesman for Trump’s reelection campaign, was retweeted more than 26,000 times, including by Eric Trump, one of the president's sons, who was himself retweeted 22,500 times. The shares occurred after the US president revealed in the early hours of October 2, 2020 that he and First Lady Melania Trump had contracted Covid-19. 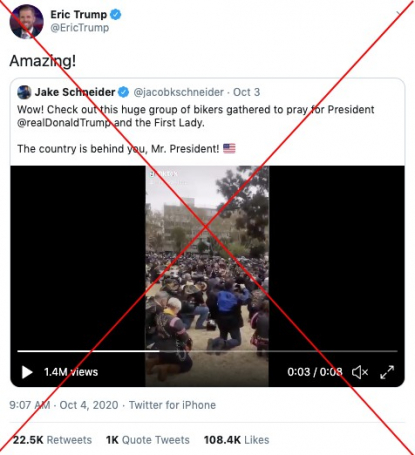 But the video was taken in Pretoria, South Africa. It was falsely presented as a Trump prayer on YouTube, on Instagram, and on Facebook, and was first shared in this context by TikTok user jamesriley1688 whose name appears in all widely-shared versions of the video.

He published it on the video sharing platform on September 11, 2020 to commemorate the 9-11 attacks, and again on October 2, with the hashtags #foryou #trump.

As fact-checking website Lead Stories reported, the artillery monument around which the bikers are gathered is found in front of the Union Building in Pretoria. 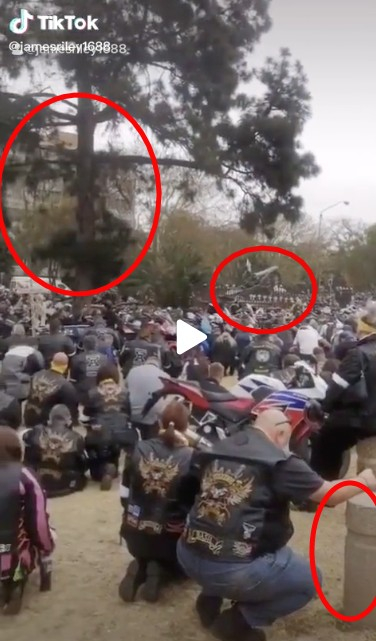 Screenshot of a TikTok video taken on October 5, 2020

A search for the monument on Google Street View shows a park in Pretoria that features the same cannon statue, the same concrete posts, and the same building visible in the video’s background.

The video appears to have been taken on August 29, 2020, when thousands of bikers rode in protest against farm murders in South Africa. Rallies were held in several cities, including Pretoria, where a public prayer was held for farmers killed in the country.

This video shows the entirety of the prayer held that day in Afrikaans and in English at the South Africa Heavy National Artillery Memorial.

Kallie Kriel, the CEO of AfriForum, a local nonprofit dedicated to Afrikaaner issues, attended the rally and posted the photos below. 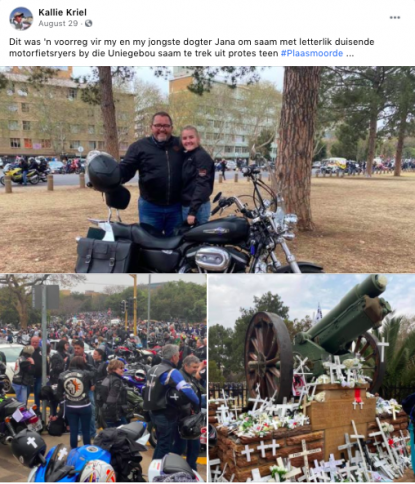 AFP was not able to locate the original video that was shared out of context.

Trump supporters did come out to support and pray for their president in large numbers all over the United States, including at the Walter Reed hospital outside Washington, where he received treatment before announcing on October 5 that he would be returning to the White House.

A day earlier Trump conducted a controversial drive by at the hospital grounds to greet wellwishers.