Video shows a patient having a seizure at a hospital in Argentina, not a Covid-19 vaccine recipient

A clip of a woman convulsing on the ground has spread across social media worldwide in multiple languages alongside a claim that she is suffering from side effects after receiving a Covid-19 vaccine. But this claim is false: the video showed a patient suffering a seizure at the Larcade hospital near Buenos Aires in Argentina, and doctors there told AFP that the woman had not been vaccinated against Covid-19.

One Facebook post featuring the video has been shared nearly 470 times in Nigeria and Germany since it was published on February 24, 2021.

“This happened to her after she received the vaccine”, the caption of the video reads. 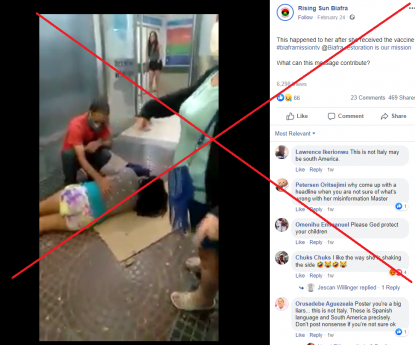 Screenshot of the video on Facebook, taken on March 4, 2021

Versions of the same claim have been circulating in multiple languages, including Romanian, English, French and Czech. AFP Argentina has debunked the claim in Spanish here.

Video was shot in Argentina

AFP Fact Check ran a reverse search on the video using the InVid-WeVerify tool, which led to a Facebook post from February 20, 2021 featuring the same video.

A sign displaying "Hospital Raúl F. Larcade" is clearly visible on one of the doors in the background. A further online search showed there is a Larcade Hospital located San Miguel -- a city part of Greater Buenos Aires. 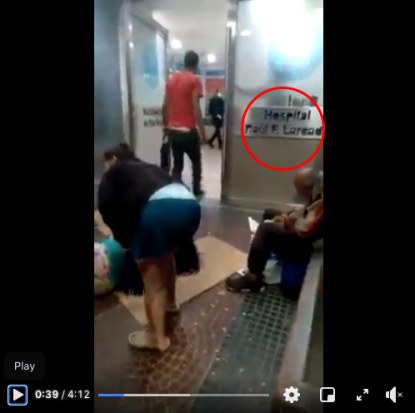 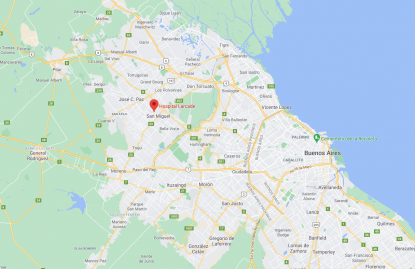 The viral video includes footage of guards coming out of the building to help the woman convulsing on the ground.

By conducting a Google search with the terms "Hospital Larcade + guard",  AFP Fact Check found an Instagram post from February 20, 2021 on an account for the Union of Larcade Hospital Workers that includes the widely-shared video.

The post’s Spanish caption notes that this “episode occurred on February 19 in the course of the night” when “only one doctor was on duty” and “a single orderly”.

The Union of Larcade Hospital Workers has been fighting for months for better working conditions, higher wages and more personnel. In its caption, the union said  that the “lack of staff makes unacceptable situations happen”.

Patient with ‘history of seizures’

Sebastián Motrel, a surgeon at the Larcade Hospital, told AFP Fact Check that the woman in the video "was a patient with a long history of hospitalisations and a history of seizures".

Furthermore, the woman had not been vaccinated.

"She was not vaccinated against Covid-19”, Mortel added.

The hospital’s medical director Gladys Amantia confirmed that  the video was taken at the entrance of the hospital’s waiting room on February 19, 2021.

"The patient was admitted for emergency care. A nurse from the emergency room, along with security personnel and a stretcher-bearer, came to the patient's aid", she told AFP Fact Check.

The woman remained in hospital care until February 26, Amantia added.

Argentina’s vaccination campaign started on December 29, 2020. Over 1.12 million doses of the Russian Sputnik V vaccine have been administered, and 302,662 people have received both doses, according to official figures.

AFP Fact Check has previously debunked several false or misleading Covid-19 vaccine claims, including that a company sold South Africa a “less effective” vaccine (see here) and that the Pfizer-BioNTech and Moderna vaccines have “killed” hundreds of people in the United States (see here).