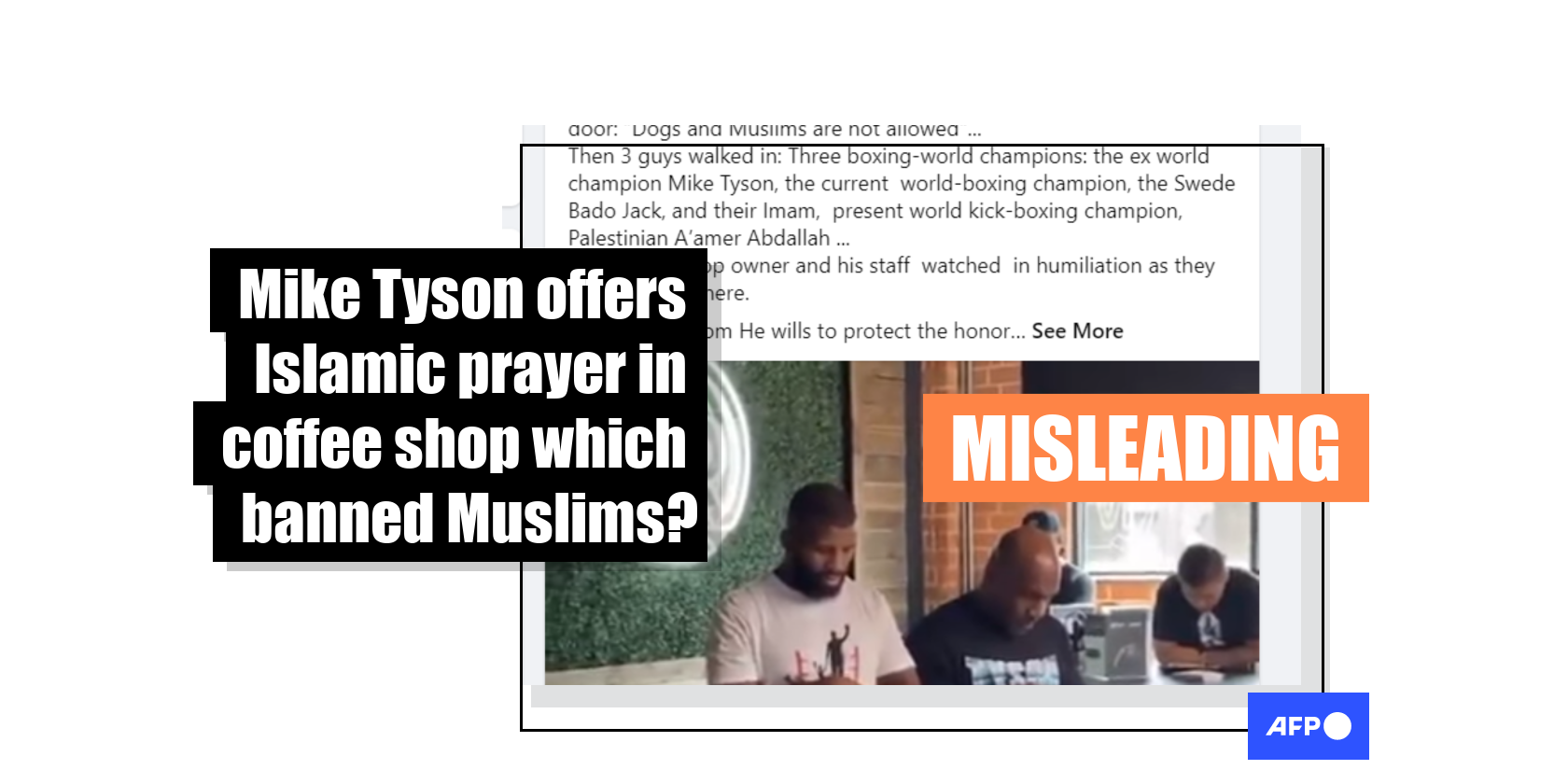 A video has been viewed tens of thousands of times in multiple English-language posts on Facebook which claim it shows boxer Mike Tyson and two other athletes offering Islamic prayer in a coffee shop which banned “dogs and Muslims”. The claim is misleading; the video was filmed in Tyson’s private gym in August 2020.

The post’s caption reads: “A coffee shop owner in central Los Angeles wrote on his business' door: ‘Dogs and Muslims are not allowed’...

“The coffee shop owner and his staff watched in humiliation as they prayed right there.
Allah uses whom He wills to protect the honor and integrity of His Deen...” 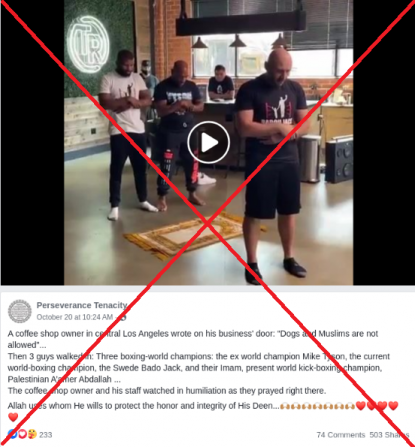 The video was filmed in Tyson’s private gym inside his Tyson Ranch complex.

A closer analysis of the video reveals the initials “TR” can be seen on a wall behind the three men.

A keyword search for “Mike Tyson TR” on Google found Tyson Ranch, a company founded by Tyson. The logo is similar to the one seen on the wall in the video.

Tyson Ranch is also the name of a complex dedicated to marijuana which was created by Tyson in California.

A search for “Tyson Ranch” on Instagram revealed two videos dated August 23, 2020. They are similar to the clip in the misleading posts.

One was posted by Swedish-Gambian boxer Badou Jack, who is standing to the left of Tyson in the video. In the caption, Badou Jack wrote: “Praying side by side with my brothers @miketyson and @teamabdallah”.

The second account belongs to Amer Abdallah, Jordanian kickboxing champion and manager of Badou Jack. In the picture, he can be seen praying in front of the other two men.

Praying with the Home Team before our workout ?? @badoujack @miketyson #Alhamdulillah

A longer video of the scene was broadcast on YouTube by a boxing channel. The video’s caption indicates it was taken at Tyson Ranch.

In response to the misleading claim, Abdallah wrote in an Instagram story on October 20, 2020, that the video was shot in Tyson’s private gym:

“I saw several recent posts concerning the prayer of Badou Jack, Mike Tyson and I recently resurfacing along with an absurd story regarding a Los Angeles based Coffee Shop,” he wrote.

Abdallah added: “To put it simply, Badou Jack and I visited Mike Tyson in his private gym where he had a juice bar and we prayed Dhuhr together. Nothing more, nothing less. Brothers praying before a workout. Period.” 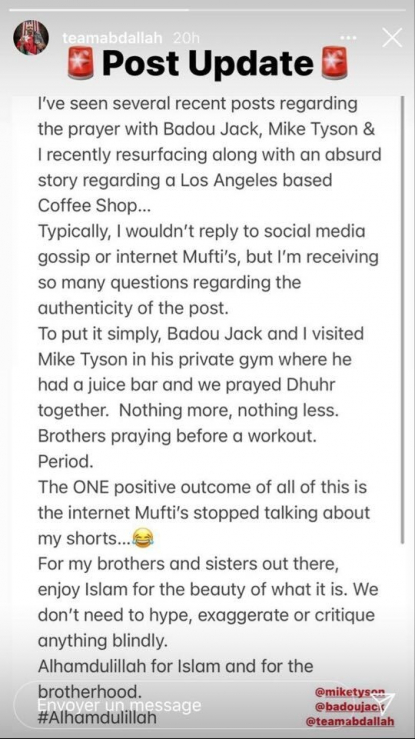 A screenshot of Abdallah’s Instagram story, taken on October 21, 2020, which is no longer available.