This ‘video’ of the Ethiopian Airlines plane crash? It's a simulation

A video claiming to show the view from the cockpit as Ethiopian Airlines flight ET302 crashed on March 10 has been viewed 10,000 times on Facebook. The video is, in fact, an animation that was taken from a YouTube channel specialising in flight simulations.

As reported by AFP, the Ethiopian Airlines jet, a Boeing 737 MAX 8, crashed shortly after takeoff from Addis Ababa. All 157 people onboard were killed. Numerous countries and airlines have banned the 737 MAX 8 since the crash, which was the second fatal accident involving the model since October.

Since Sunday’s tragedy, a series of photos and videos falsely purporting to show the Ethiopian Airlines crash have been spreading online. We’ve fact-checked some of these here.

In this particular clip posted a day after the crash -- which we’ve archived here -- the caption says that the footage was obtained from “intelligence”.

“Zambian Watch working with its intelligence have obtained a full video of the Ethiopian Airlines Flight 302 which took off from Addis Ababa to Nairobi and crashed killing 157 people,” it reads. 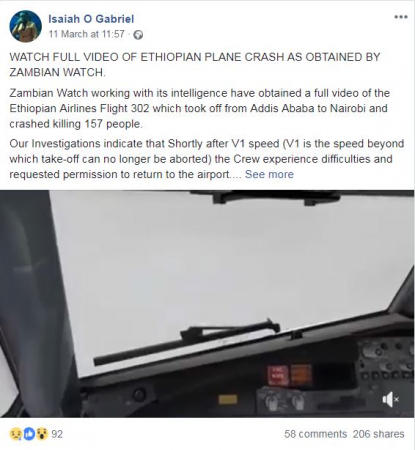 Screenshot taken on March 13, 2019 shows a Facebook post which claims to show the view from the cockpit of flight ET304

The same video was posted on Twitter in a post that claimed it was footage captured by one of the passengers. 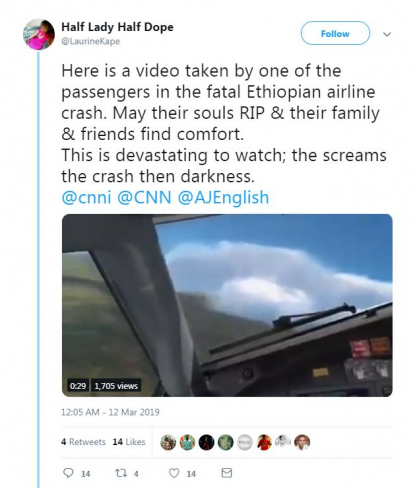 Screenshot taken on March 13, 2019 shows a tweet which falsely claims to include footage filmed by an Ethiopian Airlines passenger

AFP traced the clip to a video simulation Youtube Channel called Bull Bosphorus, which has more than 30,000 subscribers. The account mostly posts animated simulations of flights, as well as live-action videos filmed through plane windows.

The caption on this particular clip states clearly: “THIS IS NOT EXACTLY WHAT HAPPENED, THIS IS ONLY A SIMULATED FLIGHT CRASH FOR ETHIOPIAN AIRLINES FLIGHT ET302.”

It says that the video was made using X-Plane 11, a computer program which allows users to create realistic flight simulations. You can find other examples on the company’s website.

Looking at the two videos posted on YouTube and Facebook, it’s easy to see that they show the same simulation. The Facebook version is of a lower quality, which makes it easier to mistake it for filmed video footage rather than an animation -- particularly when watching it on a small screen like a mobile phone.

In the two screenshots below, you can see the same three signs on the plane’s dashboard in red, orange and yellow. 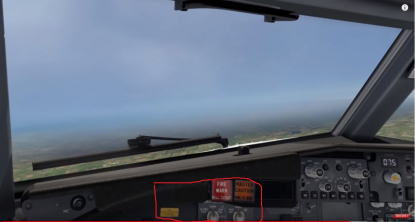 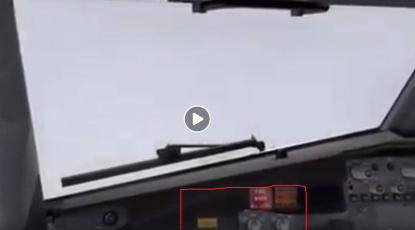 Screenshot taken on March 13, 2019 shows the same signs visible in the Facebook video

And here, you can see the wing of the plane with the Ethiopian Airlines logo, at a similar angle with the same line of white clouds below. 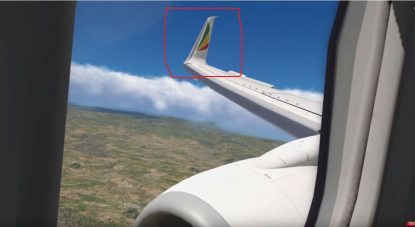 The plane's wing, seen here in a screenshot of the YouTube simulation taken on March 13, 2019 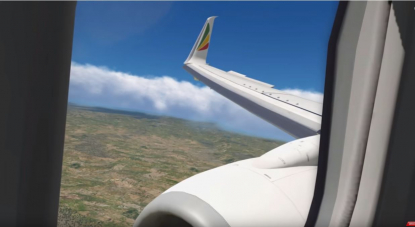 The same wing, seen in the video which is circulating on Facebook

Finally, you can see the same distinctive cloud patterns in both the simulation on YouTube and the video circulating on Facebook. 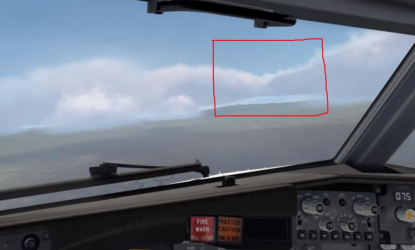 Screenshot of the clouds alignment taken from the simulation on Youtube 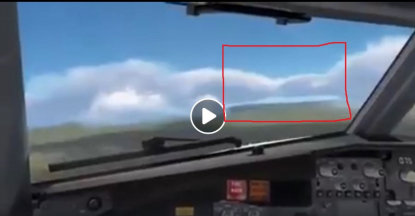 The same clouds can be seen in the Facebook video

When false content like this is spreading around social media, it’s often useful to take a quick look through the comments to see what people are saying. In this case, several commenters on Facebook correctly identified the footage as having been taken from a simulation -- including this user who linked to the original YouTube video.