A video has been viewed tens of thousands of times in multiple posts on Twitter, YouTube and Facebook that claim it shows a storm in Libya. The same footage was also viewed in posts on Pinterest, Instagram, Reddit and Bilibili which suggested it shows a real weather phenomenon. The claim is false; the footage is actually a digital animation created by a 3D designer, who originally published it on YouTube, TikTok and Instagram in June 2019. 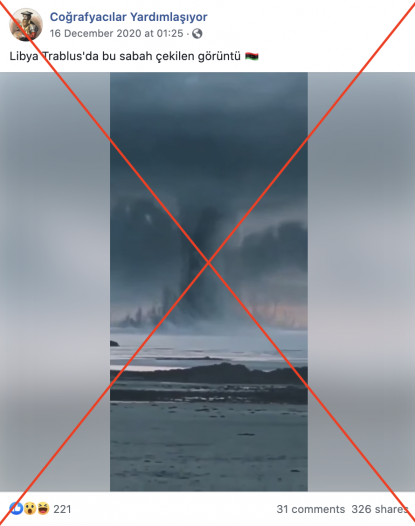 The Turkish-language caption translates to English as: “Footage taken this morning in Libya Trablus”.

Trablus is the Turkish form of Tripoli, the capital of Libya.

The 10-second video purports to show a tornado on a coastline.

Comments from some Facebook users in response to the misleading post suggest they believed the video was genuine.

One user wrote: “Microburst natural event. How little the teachers informed us. I almost feel as if I haven't observed anything in climatology class and there are many natural events like this.”

Another wrote: “It would be a tragedy if this incident happened above a settlement on land..”.

A reverse image search on Google found the same video published here, here and here on the Instagram, YouTube and TikTok accounts named orphicframer. They are listed as being owned by Alexandru Dineci, a 3D designer based in Jersey in the Channel Islands. 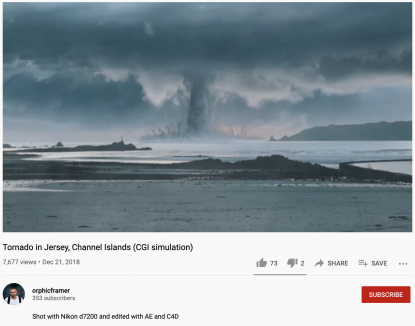 The video is titled: “Tornado in Jersey, Channel Islands (CGI simulation)”. The description shows that it was edited with Adobe After Effects and Camera 4D.

Below is a screenshot comparison of the video in the misleading post (L) and YouTube video from Orphicframer (R): 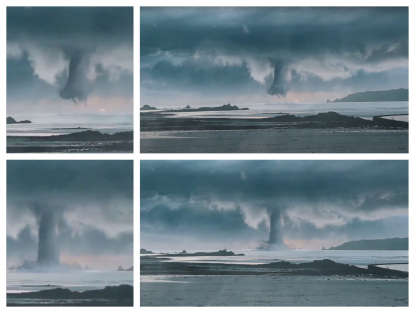 Dineci also posted the breakdown of the same tornado animation here on his Instagram stories highlights and here on his TikTok account on May 11, 2020. 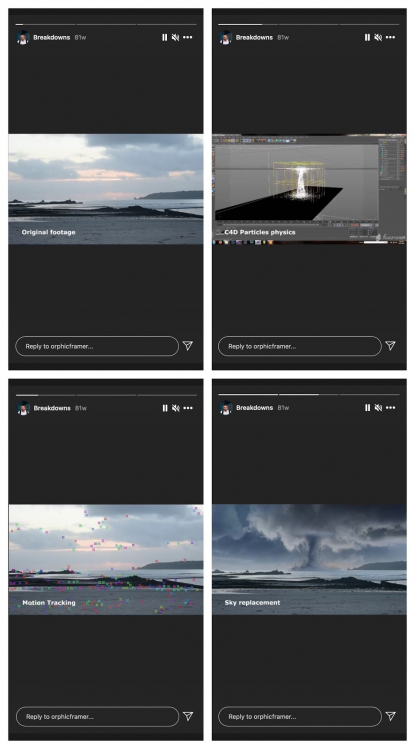 Screenshot, taken on December 30, 2020, of the creator’s Instagram story highlight.